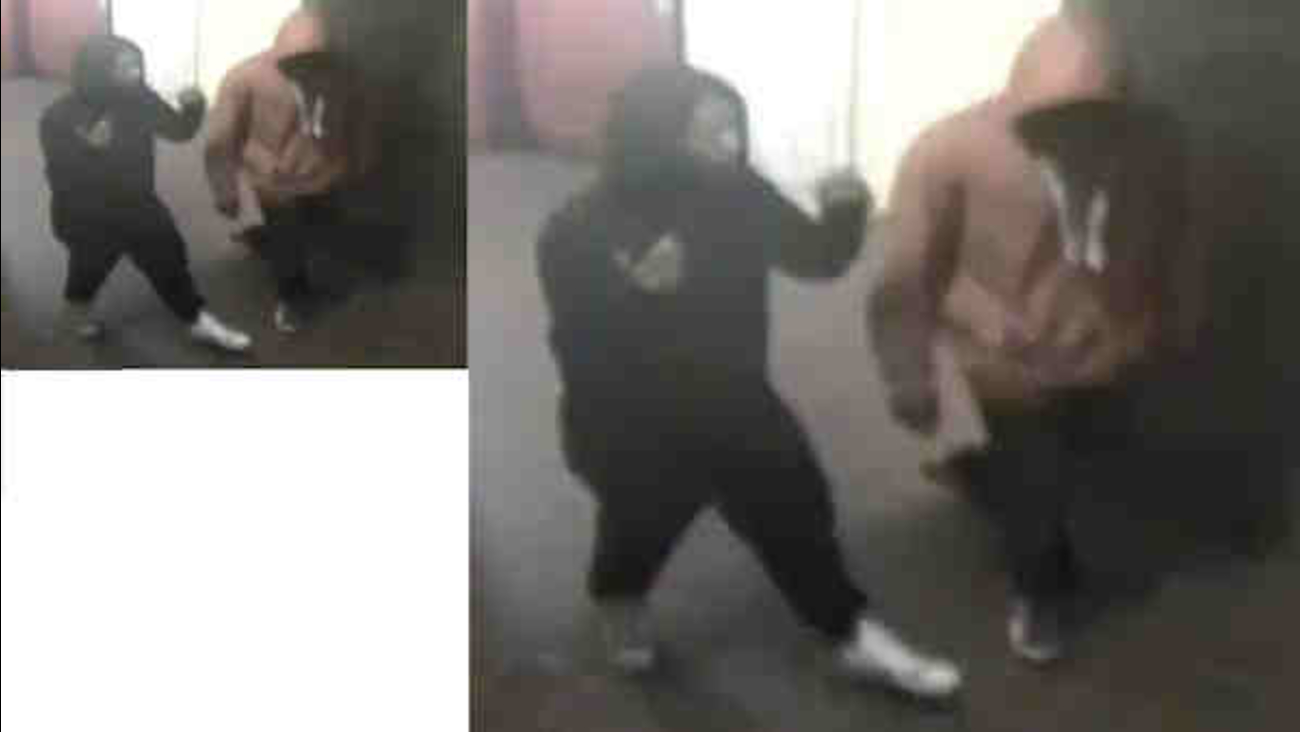 NEW YORK (WABC) -- Police are trying to find six men, after one of them fired shots at officers near the Redfern Houses in Far Rockaway, Queens.

They released a new photo June 13 taken from surveillance video.

According to police, a plainclothes sergeant and police officer assigned to the 101 Precinct were patrolling the Redfern Houses June 7, when they observed six males standing on Redfern Avenue.

The officers parked their unmarked department auto across the street and tried to access the roof of the building.

As they exited their vehicle and walked across the street, police said a man wearing a dark-colored hooded sweatshirt displayed a firearm and fired the weapon three times in the direction of the officers, before fleeing on foot to an unknown location.

The officers did not return fire, and took cover while requesting assistance.

There was no firearm recovered, however three 9mm shell casings were recovered at the scene.

Anyone with information in regards to this incident is asked to call the NYPD's Crime Stoppers Hotline at 800-577-TIPS. The public can also submit their tips by logging onto the Crime Stoppers Website at http://WWW.NYPDCRIMESTOPPERS.COM or texting their tips to 274637(CRIMES) then enter TIP577. All calls are strictly confidential.