Trying to figure out what show to see in New York City? Check out Show-Score 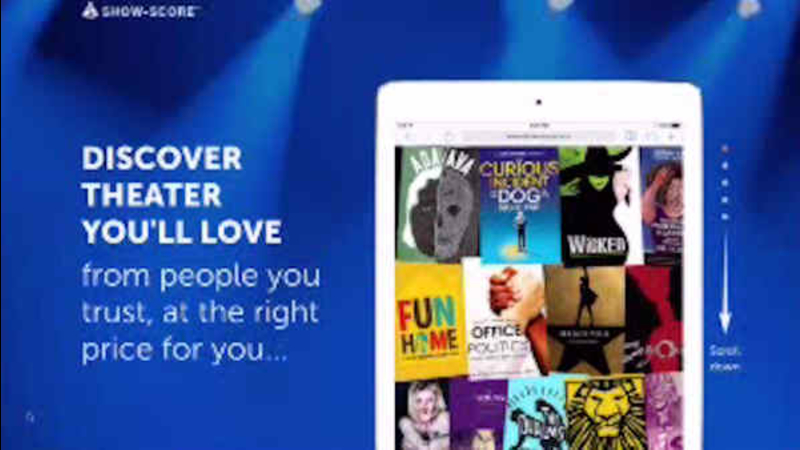 NEW YORK (WABC) -- Deciding which stage production to see in New York City can be a tough decision, but now, theatergoers have a new resource to help them out.

The Big Apple is blessed with an abundance of choice when it comes to entertainment, and to help potential audiences weed through the selections is a new website that hopes to be the Rotten Tomatoes of the Great White Way.

There is so much to see on Broadway, and even more off-Broadway and in small theaters way off-Broadway -- an incredible total of 150 shows every night. But there was no way to sort through them all, until now.

Show-Score is the brainchild of Tom Melcher.

"I created Show-Score because I love theater," he said. "And I got so frustrated by how hard it is to figure out what to see."

As an entrepreneur who just started his 10th company, Melcher may be more at home in Silicon Valley. But his new site is designed for New Yorkers.

"Really, the objective is just to make it easy to figure out," he said. "You know how to find a show you're going to love and how to get a price you want to pay."

The site doesn't sell tickets, but it offers links to those that do. And if you think theater is just too expensive to afford, Show-Score's founder is out to prove you're wrong.

Each show gets one score based on the opinions of theater critics and another from tens of thousands of members.

"Everyone is welcome to join," Melcher said. "It's free. You just need an email address or a Facebook log-in."

Any visitor to the site quickly realizes that members often disagree with critics, as they did about "Wicked." The show panned by some critics is still charming audiences at sold-out performances a dozen years later.