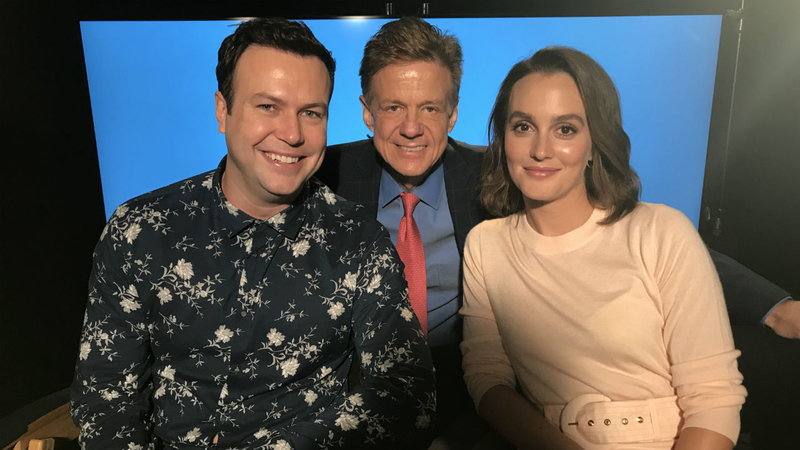 NEW YORK (WABC) -- A group of "Single Parents" leans on each other to help raise their kids while maintaining some semblance of personal lives in a sitcom that airs Wednesday nights on ABC.

Leighton Meester's character, Angie, put it best in last year's pilot of the ABC sitcom, "we're single parents. We don't volunteer. We just try to survive until the time in the day when it's appropriate to open wine."

Season one taught the actress a lot about comedy when she worked with the likes of Taran Killam.

"Being around very experienced comedians who are very supportive, and very helpful in the collaborative experience," was key said at The Beverly Hilton in LA.

In Wednesday night's episode, her character explains to the other single parents that, "sleep training is where you teach your child to sleep all on their own. Put them in the crib while they're still awake, and you leave. And, you don't pick that baby up no matter how hard they cry. It's how they learn to self-soothe."

Killam's character, Will, adds, "But, you won't be soothed."

The actor said, "there's a lot of me in Will Cooper, of course," before adding with a wicked grin,"It's crazy. You pretend to be somebody else, and they pay you for it! What?!!"

When Meester was asked how she keeps a straight face around Killam, she replied:

In one scene, Killam made a simple, but funny, gesture with a handkerchief and it required 17 takes to finish the scene because everyone was cracking up.

The comic spent six years appearing on, "Saturday Night Live" in NYC where he saw my reviews on Taxi TV.

At that point he began a flawless imitation of yours truly. As me, he faced camera and intoned, "'John Wick is a candle that's been blown out!'" He added, "I'd be like 'No, John Wick is great! What are you talkin' about Kenyon!?'"