2 cars stuck as sinkhole collapses under Upper West Side street 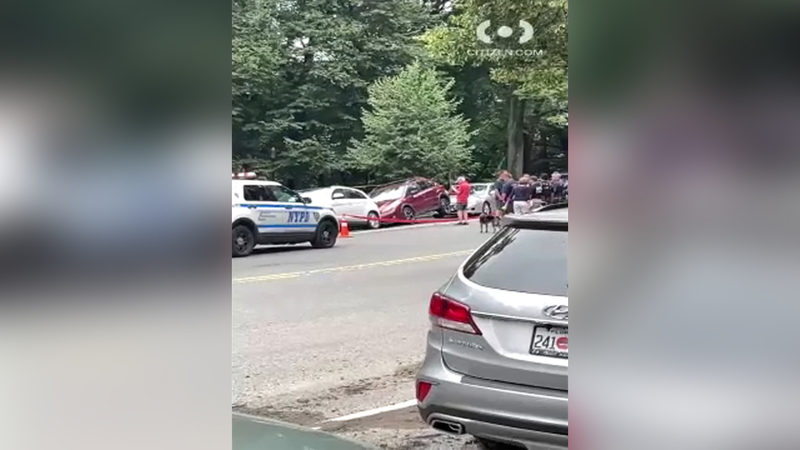 2 vehicles get stuck in sinkhole on Upper West Side

UPPER WEST SIDE -- Two vehicles got stuck in a sinkhole after the part of the street they were parked on collapsed underneath them in Manhattan Sunday.

It was discovered around 10:30 a.m. on Riverside Drive near its intersection with 97th Street on the Upper West Side.

Video was posted to the Citizen app and City Councilman Mark Levine posted a photo to Twitter.

Two cars have partially fallen into a sinkhole on Riverside Dr. at W. 97th St.

Emergency crews are on scene. No injuries thankfully.

But this yet another reminder: NYC simply must invest more in upgrading our outdated infrastructure. pic.twitter.com/gPSIEQS7gy

He said that emergency crews were on the scene and no one was injured.

He said the incident highlights the fact that New York City needs to upgrade its infrastructure.

The New York City Department of Environmental Protection and other utilities are investigating the sinkhole.