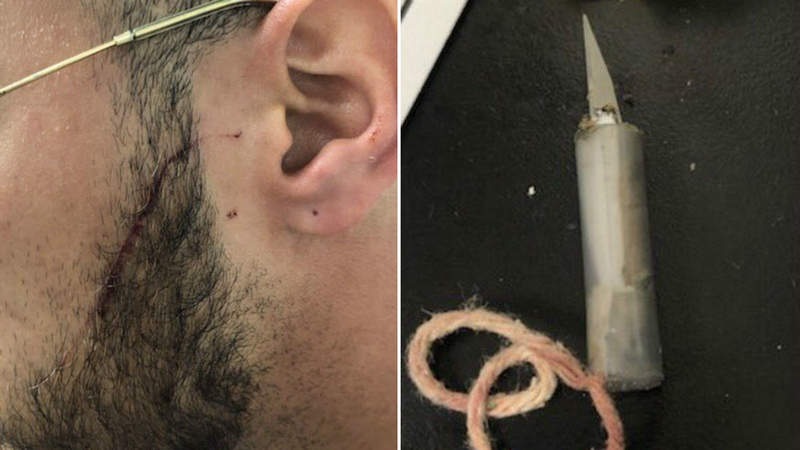 The officer was grabbed by the inmate on his left shoulder, and in a struggle for the weapon, suffered a 3-inch slash wound across his face, officials said Saturday.

"We are taking immediate action and this inmate will be re-arrested for this attack on our officer who was trying to keep this inmate safe after a fight with other inmates," DOC Deputy Commissioner of Public Information Peter Thorne said.

Officials with the Correction Officers' Benevolent Association said they sent a letter to the Department of Correction in June saying the "lock-in" procedure is not being followed by inmates who live in modular or dorm housing.

The union has asked that those inmates be transferred to cell areas, but say the department ignored their requests.