California mom believes son was Lou Gehrig in past life 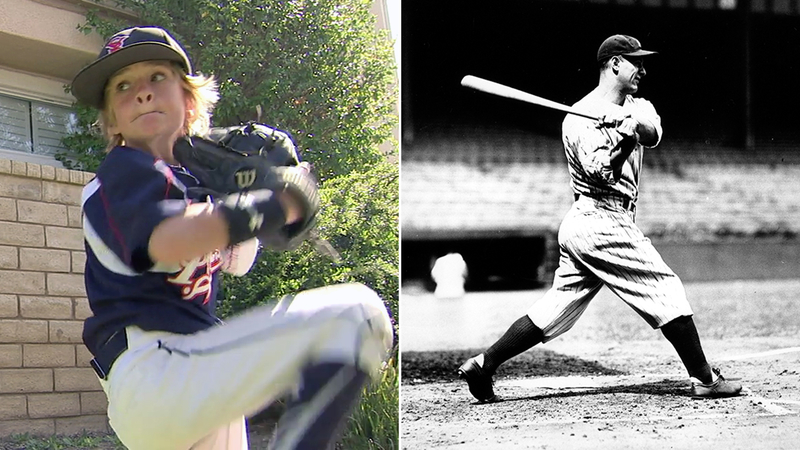 THOUSAND OAKS, California -- A mother in California is convinced her son was legendary baseball player Lou Gehrig in a past life.

Christian Haupt is a baseball prodigy who said he has past life memories of the New York Yankees slugger.

"I like Lou Gehrig," Christian said. "He was very humble and nice and I have past life memories of him."

And his mom believes his reincarnated backstory.

"He still believes it in his heart to be true, so I go along with the interpretation that he was Lou Gehrig in a former lifetime," Cathy Byrd said.

Byrd said it started when Christian was just 2 years old.

"We took him to a baseball game at Fenway Park, and he saw this big picture of Babe Ruth," she said. "And (he) got so upset by this picture, saying 'He didn't like this man' and 'This man was mean to him.'"

For the next three years, Byrd said her son would tell her historically accurate things about Gehrig's life. She said it was at a time in which there was no way Christian could have known these things.

"He didn't watch television at the time," she said. "He was only in my care, so I knew what kind of information he had exposure to."

Byrd said she knows her claim sounds crazy, admitting it was even hard for her to believe.
"I was definitely concerned about the information that was coming through and it's definitely, as a mother, something you want to go away," Byrd said.

Byrd said she sought help from a scientific researcher who documents children with past life experiences.

"They have over 2,500 cases of children from all over the world who've exhibited exactly the same behaviors," Byrd said.

Byrd put her son's story in a memoir called "The Boy Who Knew Too Much." She said there were plans to turn the book into a movie.

Byrd said her son's memories have subsided now and Christian doesn't talk about them as much anymore.