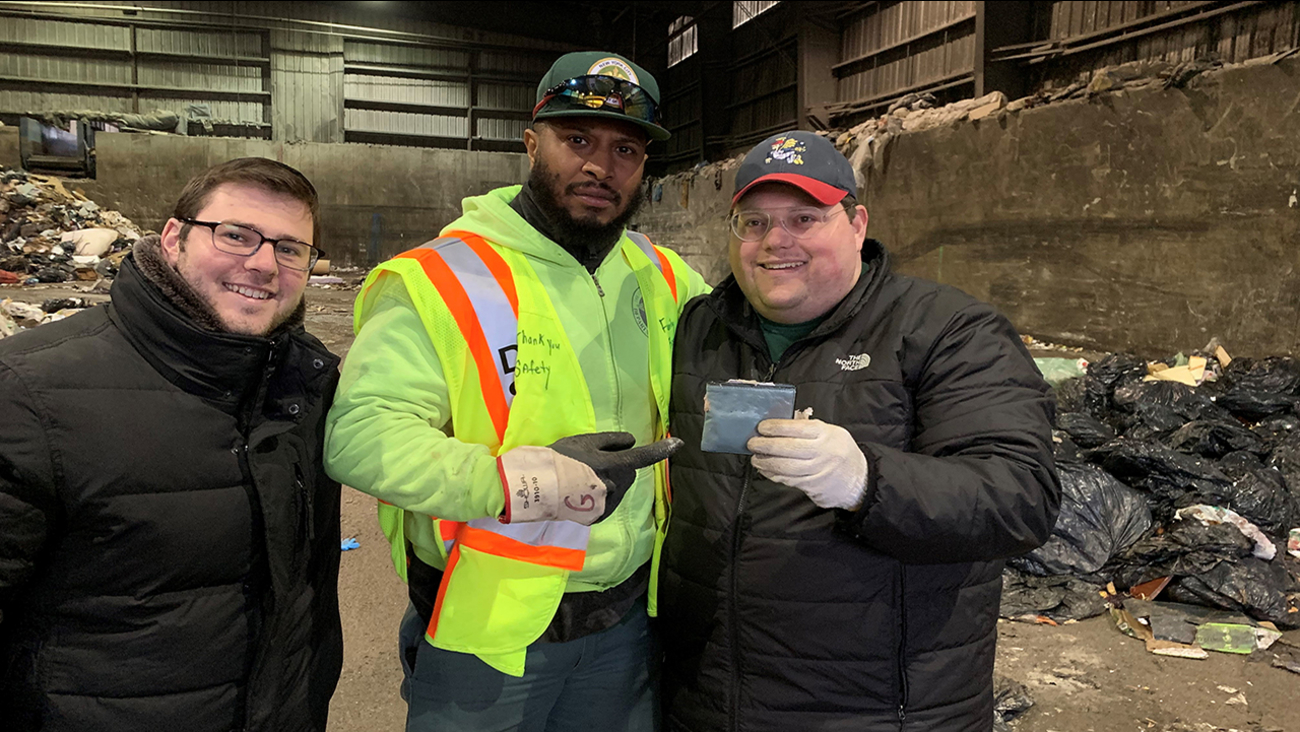 WASHINGTON HEIGHTS, Manhattan (WABC) -- A man accidentally threw his wallet in the garbage in Manhattan, but then he remembered the tracking device tucked inside just in case something like this happened.

And that's when the adventure to find it began.

Not many people would be smiling ear to ear after sifting through piles and piles of smelly, rotten household waste. But Avrohom Levitt was.

"When they dumped the second pile, all of the sudden my tile App said my wallet is nearby," said Levitt.

The wallet was accidentally discarded in the trash March 21 when Levitt was in Washington Heights with his wife, visiting friends. But he didn't realize it at the time.

"Friday afternoon I basically was about to head out, and I'm like where is my wallet?", he said.

That's when, from his Queens apartment, he checked a tracking device that he placed in his wallet - the Tile app.

"I looked a little more closely at the Tile app and it said something I've never really saw before," said Levitt. "It said last known location 475 W. 186th Street."

Levitt called 311 and was connected with the Sanitation Department. And that's when he found out that the wallet he lost in the trash in the city had been brought to a transfer facility in Newark.

"I couldn't, like imagine how this was going to happen," he said. "Kept imagining that I was going to be standing at a landfill, you know these trucks hold 18 tons of garbage."

Luckily that wasn't the case when he got to Interstate Waste Services Monday. Levitt only had to look through three piles and then he recognized a red bag he had thrown in the garbage.

"And as soon as I found that, you know we opened it up and inside was my wallet," he said.

All of this was about the adventure for Levitt, not about the amount of cash in his wallet.

"On this journey, and on this adventure, I ended up finding more than just my wallet," he said. "I found that the workers in the Sanitation Department are the most wonderful, caring, kind and sweet people."

He is leaving on a trip for Poland and said it was easier to go through all that garbage than to cancel his credit cards and wait for new ones.