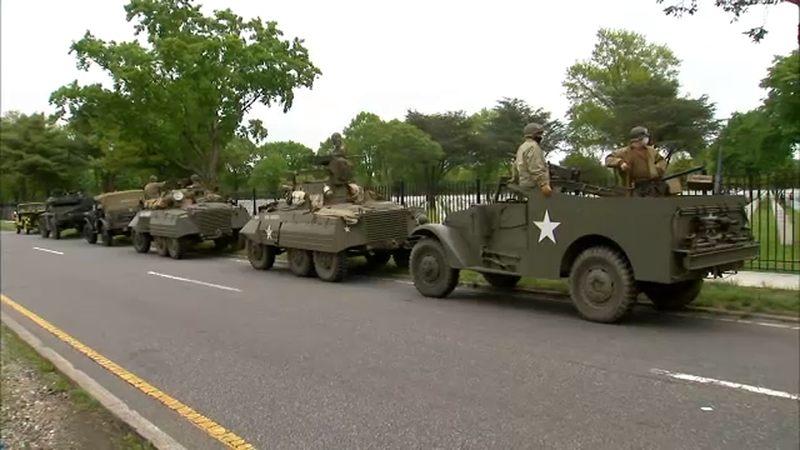 Elected officials joined gathered to acknowledge the enormous debt our nation owes the men and women who fell in battle defending our freedoms over the many generations.

Congressman Tom Suozzi's father Jospeh was in the Air Force and completed 35 bombing missions for which he was awarded several distinguished medals.

"We honor all of our veterans that gave the last full measure of devotion, we remember them today with gratitude and we look to them for inspiration as we face these dark and uncertain times," Rep. Tom Suozzi said.

Like so many others across the country, Maureen Sladky paid tribute to her father, Bill Degnan, who is buried at Long Island National Cemetery.

He was injured while fighting in WWII and Monday would have been his 103rd birthday.

"My dad died when I was 10 years old so it was very difficult not growing up with a dad, but he's always been there spiritually for me," Sladky said.

A convoy of military vehicles also gathered at the cemetery. The fleet from the Museum of American Armor included iconic tanks -- replicas of some of the rarest in the world.

Sladky will visit the cemetery again next year, it's a tradition she feels younger generations must see and also carry out. But seeing those vehicles is always bittersweet.

"They were awesome, my dad was in a tank, so it was very moving to see the WWII tanks are still around," she said.

On Monday, a Memorial Day car parade will begin at the Nassau Coliseum and end at the Veterans Memorial at Eisenhower Park in East Meadow.