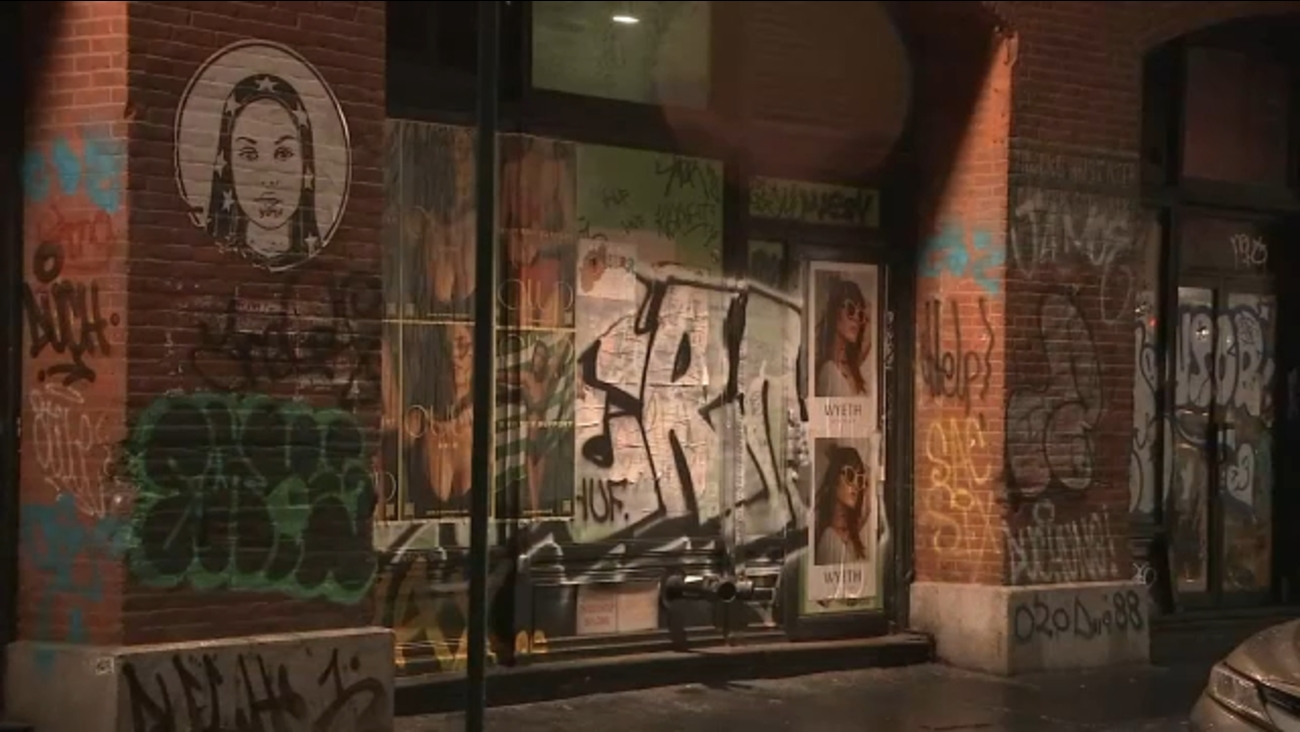 SOHO, Manhattan (WABC) -- A giant cleanup campaign is underway to erase the epidemic of graffiti at several store fronts all over SoHo.

Jersey Street in SoHo is just two blocks long, but it may be the most graffiti bombed stretch in the city.

It's so blanketed in street art, people stop to take their picture in front of it.

The NYPD's Hate Crimes Task Force is investigating after a third incident of racist vandalism at the Black Wall Street Gallery in SoHo in one week.

These days, there's plenty to see. Crosby Street seems to be a favorite of taggers and writers, who fill every wall and every storefront gate with their art. Sometimes they even find ways to tag up to the second floor. It's getting bad.

"When it comes to destruction of private property, I'm not with it -- it is destruction," said one eyewitness.

To combat the graffiti, the city has hired 1,500 people as part of what Mayor Bill de Blasio calls the Cleanup Corps -- with the plan to hire 10,000.

"We're going to address the graffiti issue across the board, and it's one of the many things we're doing to bring the city back," de Blasio said.

He waged a similar campaign in SoHo back in April and May.

"You gonna spend more money cleaning it up, and guess what, the artists are gonna back and do the same thing all over again," another eyewitness said.