At least two tornadoes touched down Wednesday and into Thursday as the remnants of Tropical Depression Fred moved through the Delaware Valley.

SOUDERTON, Pennsylvania -- At least three tornadoes touched down Wednesday and into Thursday as the remnants of Tropical Depression Fred moved through the Delaware Valley.

Officials with the National Weather Service said an EF-1 tornado with winds up to 95 mph touched down in Tilden Township, Berks County at about 9 p.m. Wednesday.

The tornado touched down along Fisher Dam Road about 800 feet north of the intersection with Berne Road. The storm snapped trees and a utility pole in its path.

"North of Ash Road, some damage occurred at the Village of Pleasant Hills Mobile Home community, including hardwood trees snapped and some cars were damaged by the fallen trees," the National Weather Service damage survey said.

In Morris County, New Jersey, an EF-0 tornado touched down around 2:30 a.m. Thursday, according to the NWS.

The twister first touched down along Mount Pleasant Avenue and Irwin Place in Rockaway Township, officials said. The tornado brought down trees and moved through a subdivision before lifting nearly a mile away.

In Montgomery County, there were several reports of downed trees and wires along with damaged homes in the Souderton area, the National Weather Service said.

Small sheds could be seen flipped on their sides.

"It does correspond pretty well with the tornado warning we had last night," said Trent Davis with NWS Mt. Holly.

The worst of this damage seemingly confined to a Hidden Springs neighborhood.

"It sounded like a freight train coming," said one homeowner.

Power crews from PPL arrived to restore service to those who lost electricity.

Resident Johanna Matczak expected the worst and was grateful to see that it wasn't.

"It was bad enough. It's scary. I was afraid," Matczak said.

About two miles away in Hatfield, there was even more damage to be seen.

Evidence of the strong tornadic winds that blew through could be seen in the tress, where chairs and, in one case, a trampoline had been relocated to.

Among the worst of the damage here was along Garrison Lane, where one home had its siding torn off exposing the wood underneath.

Tornado Warnings were issued for Philadelphia and its surrounding suburban counties at 12:48 a.m.

RELATED: Tornado watch vs warning: What to do when you see alert messages

This set off late night Emergency Alerts on cellphones and televisions to warn residents to seek shelter if they were in the active zone.

The National Weather Service said a tornado was indicated on radar which prompted the warning. The Tornado Warnings expired for those counties at 1:15 a.m.

It was back on July 29, when 10 tornadoes were confirmed in a system that swept through the region.

Forecasters in Mount Holly, New Jersey just confirmed on Sunday that an EF-0 tornado struck during the July 29 storm in a remote area of Jackson Township, New Jersey with estimated peak winds of 80 mph.

Authorities earlier confirmed nine other tornadoes in Pennsylvania and New Jersey during the storm, including an EF-3 tornado in Bucks County and an EF-2 tornado that started in the Keystone State and then moved into the Garden State.

Authorities in Bucks County said the EF-3 tornado that contained top winds of 140 mph when it struck Bensalem, damaging an auto dealership and a mobile home park. Five people had non-life-threatening injuries.

In addition to Thursday's tornadic activity, what was left of Fred brought heavy downpours and flash flooding to many parts of the area early Thursday morning, stranding drivers on the Schuylkill Expressway and other roadways near the King of Prussia Mall.

"Loud noises. I've sat thought a hurricane before and it sounded almost just like that," Kathy Sessinger of Franconia Township said. 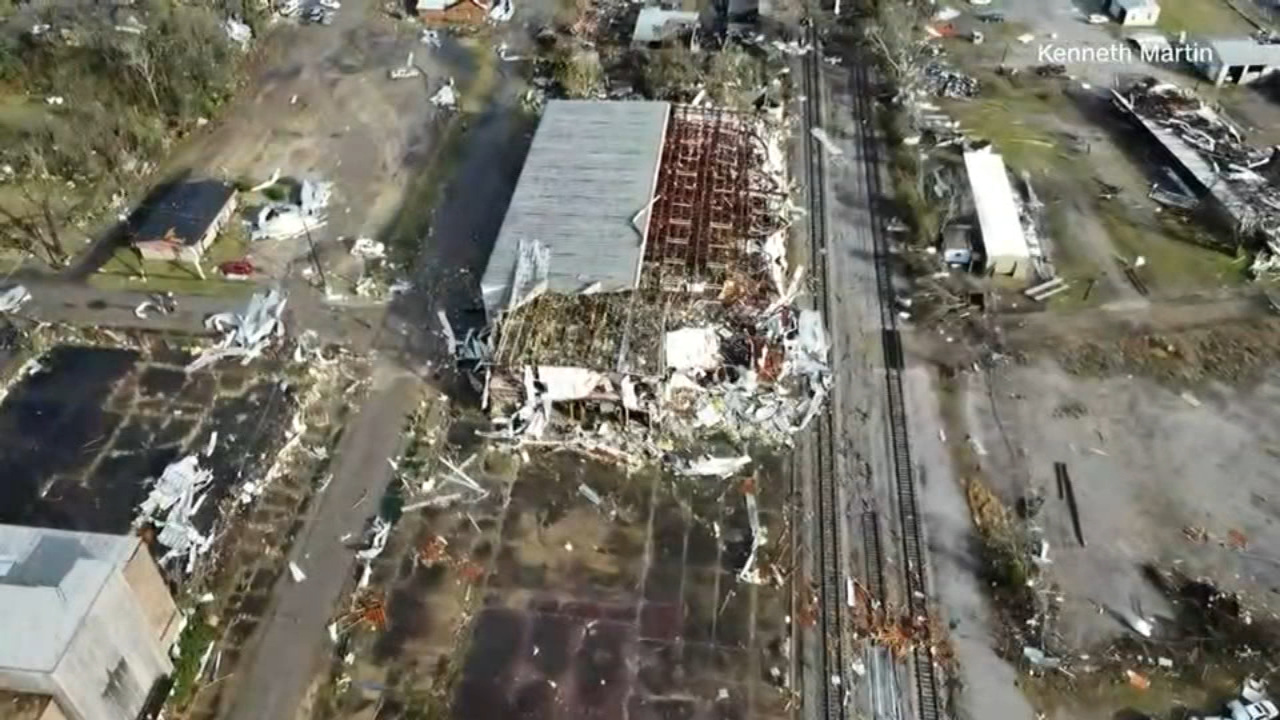 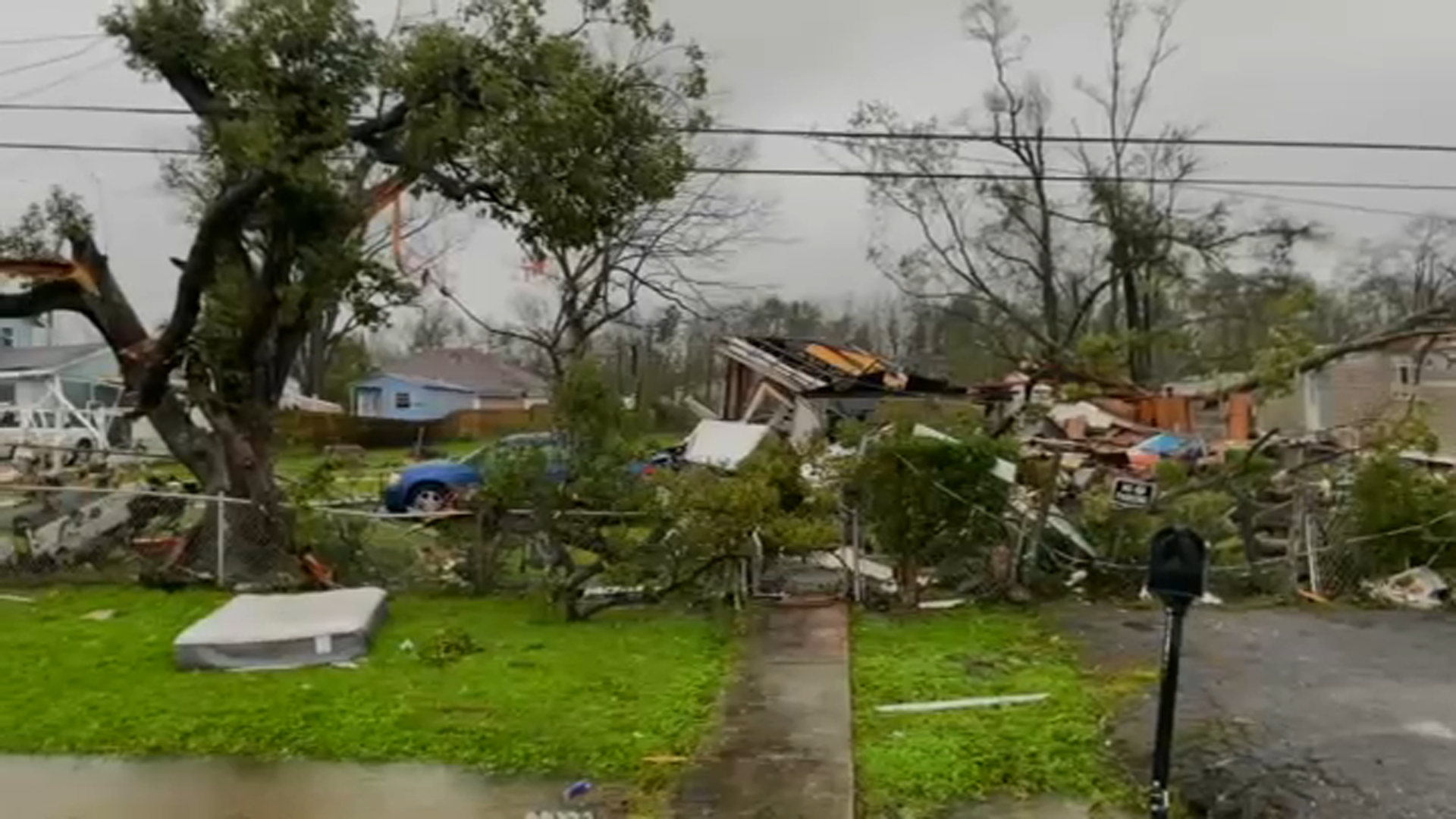