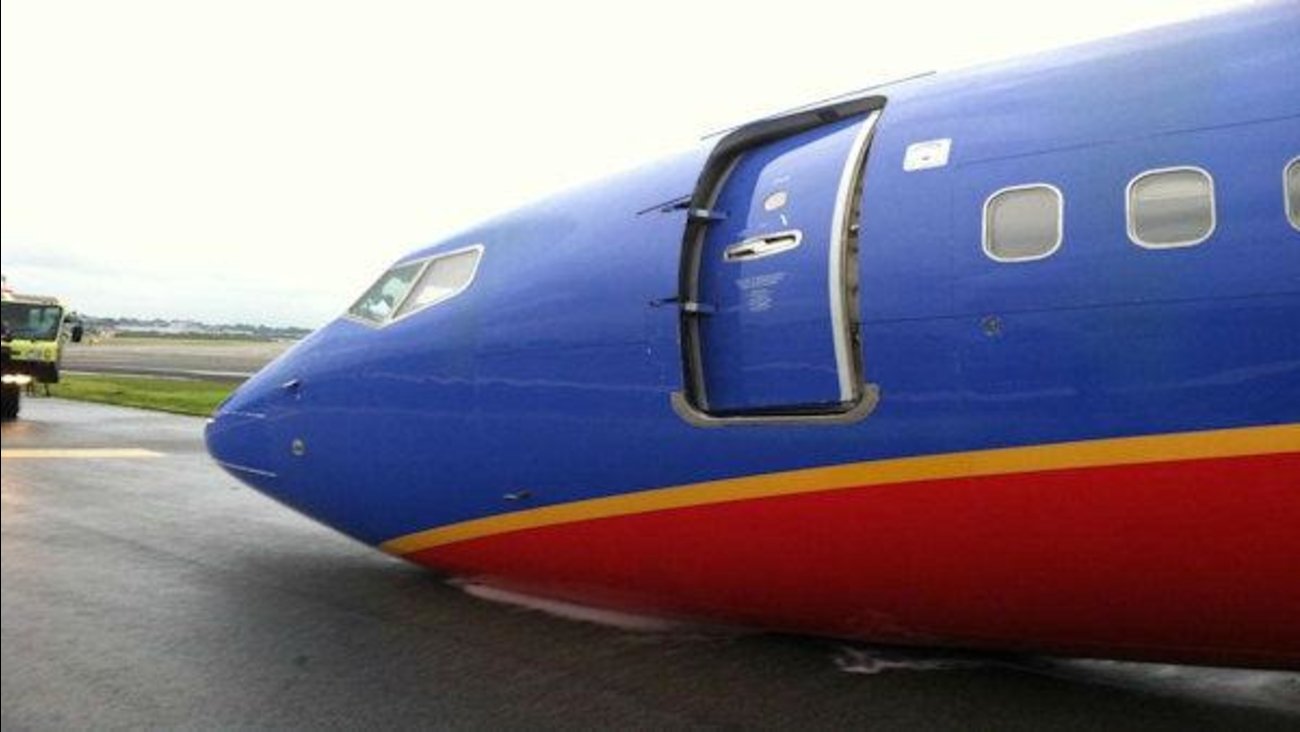 Southwest Airlines flight 345, a Boeing 737, landed hard, nose-first at LaGuardia International Airport on July 22, 2013. There were 144 passengers and five crew members on board.

The National Transportation Safety Board said the captain failed to recover from an unstabilized approach by transferring airplane control at low altitude instead of performing a go-around.

According to the NTSB, the captain also failed to comply with standard operating procedure during the approach by talking back control of the plane from the first office when the plane was only 27 feet above the ground.

"This late transfer of control from the first officer to the captain resulted in neither pilot being able to effectively monitor the airplane's altitude and pitch attitude," the NTSB said in a news release. "According to the Southwest Airlines Flight Operations Manual, the captain should have called for a go-around well before this point in the approach instead of trying to salvage the landing."

A private aviation expert told the Associated Press in 2013 that it's unusual for a co-pilot or captain to take over a plane that's landing when it's so close to the tarmac unless there are "profound" safety issues.

On Thursday, Southwest Airlines released this statement:
"After an internal investigation, the Captain was terminated from Southwest in September 2013, and the First Officer received additional training prior to returning to flight duty. We fully cooperated with the NTSB investigation and since the event, our Flight Operations policies and training programs have been thoroughly reviewed to ensure required procedures are clear, comprehensive and support a safe operation."
Related topics:
new york citysouthwest airlines
Copyright © 2022 WABC-TV. All Rights Reserved.
TOP STORIES
3rd family member dies from injuries in NJ crash
Husband of 'One Tree Hill' star, dead at 33 after lightning strike
3 men killed in violent night across NYC
Mississippi teen jumps into river to rescue 3 girls, officer
Woman struck by bullet while walking down street in Queens
Suspected parade shooter's dad speaks, says son raised with 'morals'
Beloved New Jersey deli to close after 120 years in business
Show More
Griner pleads guilty to drug charges in Russian court
Reward offered, Hochul meets with faith leaders after NY mosque arson
AccuWeather: Not as warm
Man convicted in NYPD friendly-fire death gets 30 to life
NY nurse who got 1st COVID shot in US to be awarded Medal of Freedom
More TOP STORIES News