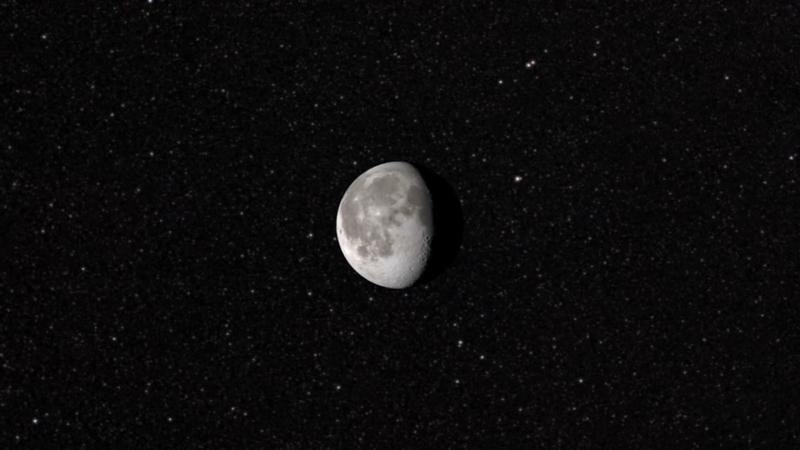 A rogue rocket booster could collide with the moon in the next few weeks, according to space experts, an event that could leave a crater on the far side of the moon.

The SpaceX Falcon rocket stage was used in 2015 to launch the US Deep Space Climate Observatory or DSCOVR, and has been floating around in the outer part of the Earth-moon system ever since.

Bill Gray, an independent researcher focused on orbital dynamics who was the first to publicize the imminent collision, said by his calculations the rocket part would hit the moon a bit north of its equator "within a minute" of 7.26 a.m. ET on March 4. The way the object is moving makes it difficult to pinpoint the exact location, he added, although it is likely to change only by a few kilometers.

"Right now, we can't get more data because the object is quite close to the sun in the sky. On February 7 and 8, we'll have a brief opportunity to look at it and will get more data, and the above time and location will be better determined," Gray said via email.

NASA shared a statement Thursday about tracking the object.

"That mission is a partnership between NASA, NOAA, and the U.S. Space Force. After completing its flight, the second stage was put in its intended Earth-escape, heliocentric disposal orbit," Fox added. "On its current trajectory, the second stage is expected to impact the far side of the Moon on March 4, 2022."

While spacecraft are sometimes intentionally crashed on the moon at the end of a lunar mission, for example, space debris randomly hitting the moon is uncommon, said Holger Krag, head of the European Space Agency's Space Debris Office.

RELATED: NASA's DART mission will deliberately crash into an asteroid's moon in the name of planetary defense

It is safer for the rocket stage, which is 15 meters (49 feet) long, to crash on the moon than make an uncontrolled entry into Earth's atmosphere, Krag said. The rocket booster is thought to weigh between 3 and 4 tons.

"The stage would be permanently disposed. From a safety point of view, this is actually the safest way of disposing it. Leaving it drifting around an orbit around the Sun does not provide assurance that it will not be captured again by Earth one day," he said.

"Managing the return of the stage to reenter the atmosphere in a controlled and safe way is extremely complex. Disposal on the lunar surface is still the safest."

Deep space objects
There are about 30 to 50 lost deep space objects like the Falcon rocket stage that have been missing for years, but no space agencies have systematically kept track of space debris so far away from Earth, said Jonathan McDowell, an astronomer at the Harvard and Smithsonian Center for Astrophysics.

"This is the first time that something not targeted at the moon has been noticed to accidentally hit it, but that's mainly because we weren't paying attention until recently," he said via email.

Unintentional collisions of rocket parts with the moon could occur more often in the future, Krag said, with more missions making use of Lagrange points -- equilibrium points over 1 million kilometers (600,000 miles) from Earth where the gravitational forces of the sun and Earth are more or less balanced. Spacecraft, such as the recently launched James Webb Telescope, are often deployed at these points, where they don't need to use much thrust to stay in orbit.

McDowell said on his blog that the orbit of the rocket stage was "somewhat chaotic," as it was affected over time by lunar and solar gravity as well as the Earth's.

Both Krag and McDowell said there are no clear guidelines for space agencies and companies to handle these situations, and disposing of these launchers and the spacecraft and satellite they deliver is difficult.

"Traffic in deep space is increasing," McDowell said. "And it's not just the USA and (Russia) sending stuff to deep space, it's many countries and even commercial companies like SpaceX. So I think it's time for the world to get more serious about regulating and cataloging deep space activity."

"This is not 'SpaceX did something bad' -- it's perfectly standard practice to abandon stuff in deep orbit," he added.

SpaceX didn't immediately respond to an emailed request for comment.

RELATED: Saturn's ice moon could be a 'stealth' ocean world hospitable to life

Krag said the collision could be a scientific opportunity.

The resulting dust clouds from an impact could be analyzed for clues to the composition of the lunar surface. Gray said orbiters such as India's Chandrayaan-2 could also take images of the resulting crater, giving a glimpse of some freshly exposed lunar soil from a meter or two below -- a rare chance to look below the moon's surface.

NASA's Lunar Reconnaissance Orbiter, which has been circling the moon since 2009, won't be in a position to observe the impact, according to NASA.

"However, the mission team is assessing if observations can be made to any changes to the lunar environment associated with the impact and later identify the crater formed by the impact," Fox said.

"This unique event presents an exciting research opportunity. Following the impact, the mission can use its cameras to identify the impact site, comparing older images to images taken after the impact. The search for the impact crater will be challenging and might take weeks to months."