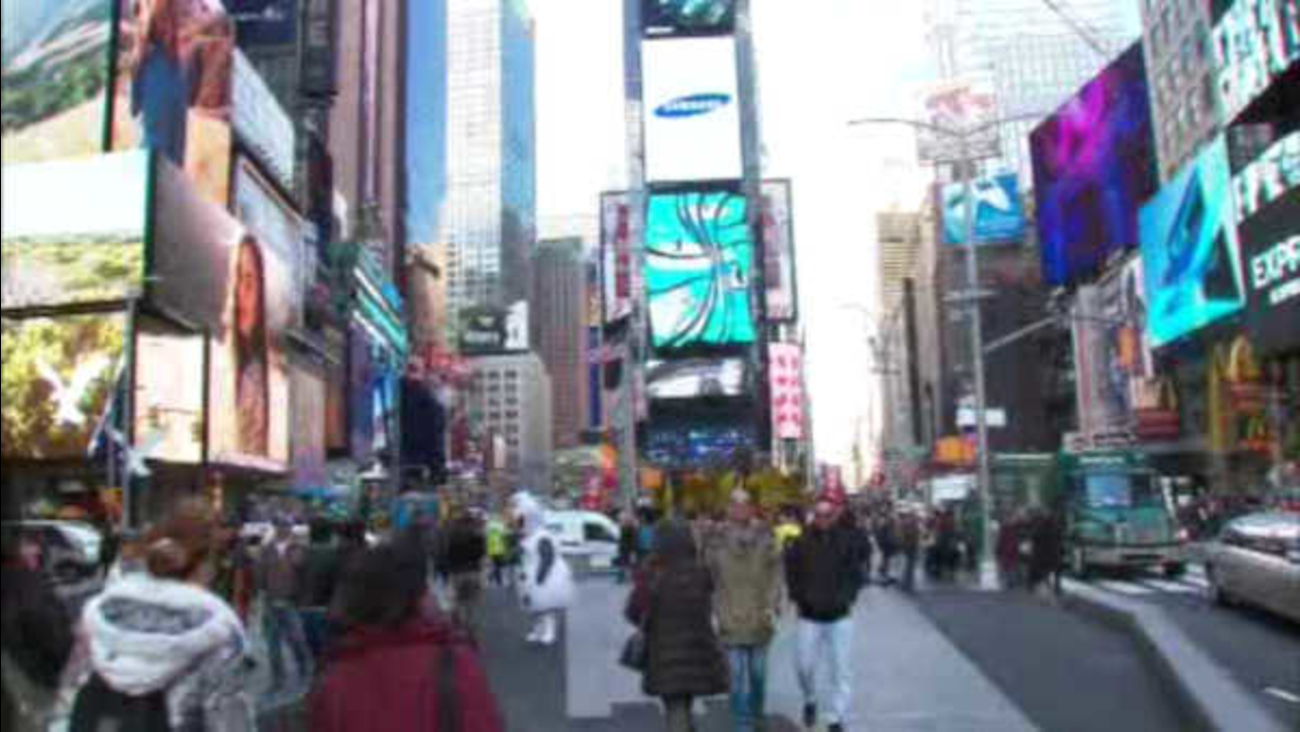 TIMES SQUARE, Manhattan (WABC) -- A man in a Spider-Man suit was arrested in Times Square, accused of holding onto a teenage boy until his parents paid the character money.

At 11:30 a.m. Tuesday, at the corner of West 46 Street and Broadway, police arrested Jose Luis Aguin, 29, and charged him with aggressive panhandling.

Police said Aguin was wearing a Spider-Man costume when he solicited a 13-year-old boy for a photo, then demanded $10 from the boy's parent.