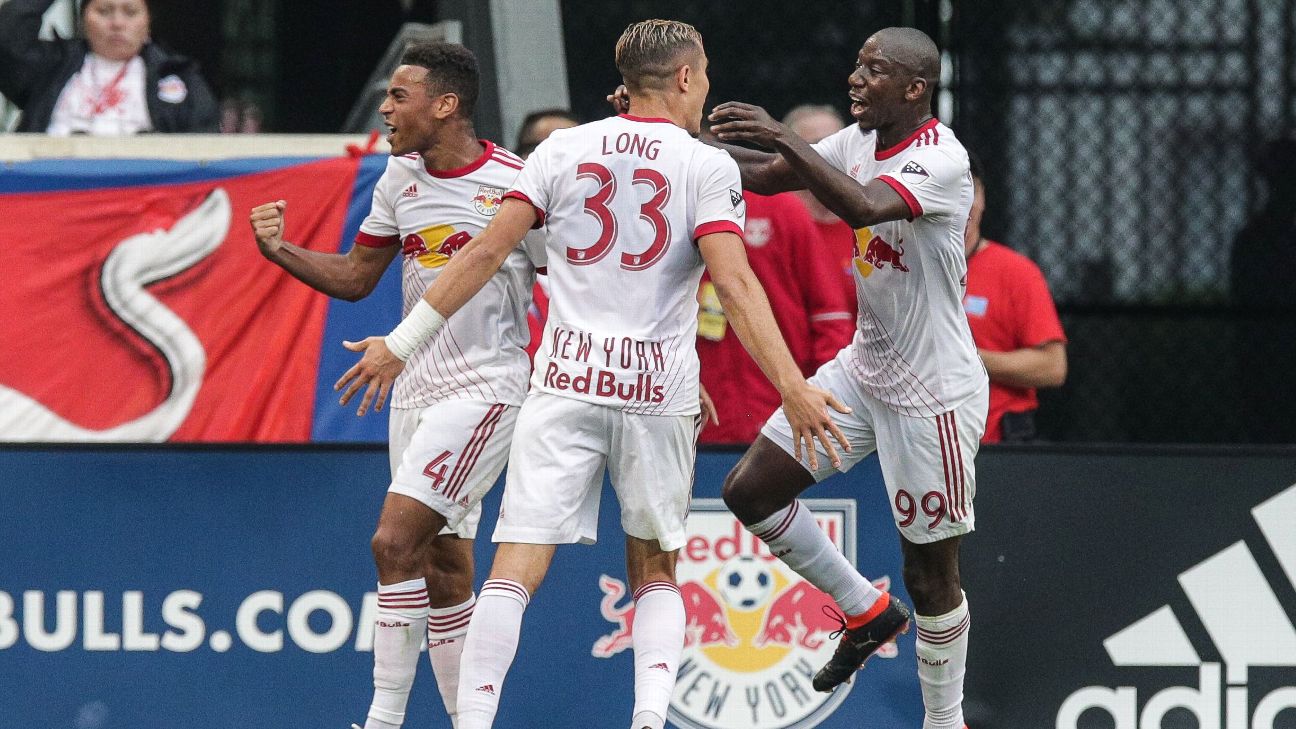 The New York Red Bulls scored two goals while down a man to defeat FC Dallas 3-0 at Red Bull Arena on Saturday in Harrison, N.J.

Bradley Wright-Phillips gave New York a 1-0 lead in the 23rd minute, four minutes before Daniel Royer was sent off. That didn't deter the Red Bulls, who got goals from Aaron Long in the 39th minute and Kemar Lawrence in the 48th.

Dallas entered the match tied with Sporting Kansas City for the fewest goals allowed in MLS with 14. Dallas lost for the first time in eight matches and had a four-game winning streak snapped.

Wright-Phillips was the recipient of the industrious work by Tyler Adams, who beat Kellyn Acosta to a loose ball on the left side of the penalty area.

Adams one-touched the ball ahead to himself then sent a low cross to the front of the goal, where Wright-Phillips deposited his 11th goal, good for second in MLS.

Royer was given a red card after a video review for his lunging studs-up challenge on Jacori Hayes.

Long stunned Dallas for the two-goal advantage, scoring off a corner kick by Sean Davis. Long was able to take a sidewinding shot from near the top of the box for his second goal.

Dallas nearly drew to within 2-1 in the 45th minute, but a Hayes shot from distance hit the crossbar. That was soon followed in the fourth minute of stoppage time with a reaction save by New York's Luis Robles on a header by Max Urruti.

Robles had six saves for his fourth shutout of the season and 53rd of his MLS career.

Lawrence's second goal of the season to make it 3-0 caught Dallas napping down the left side.

Reto Ziegler of Dallas was shown a red card in the 90th minute for kicking at Lawrence.

The Red Bulls were playing without defenders Fidel Escobar and Michael Murillo, who are at the World Cup with Panama.