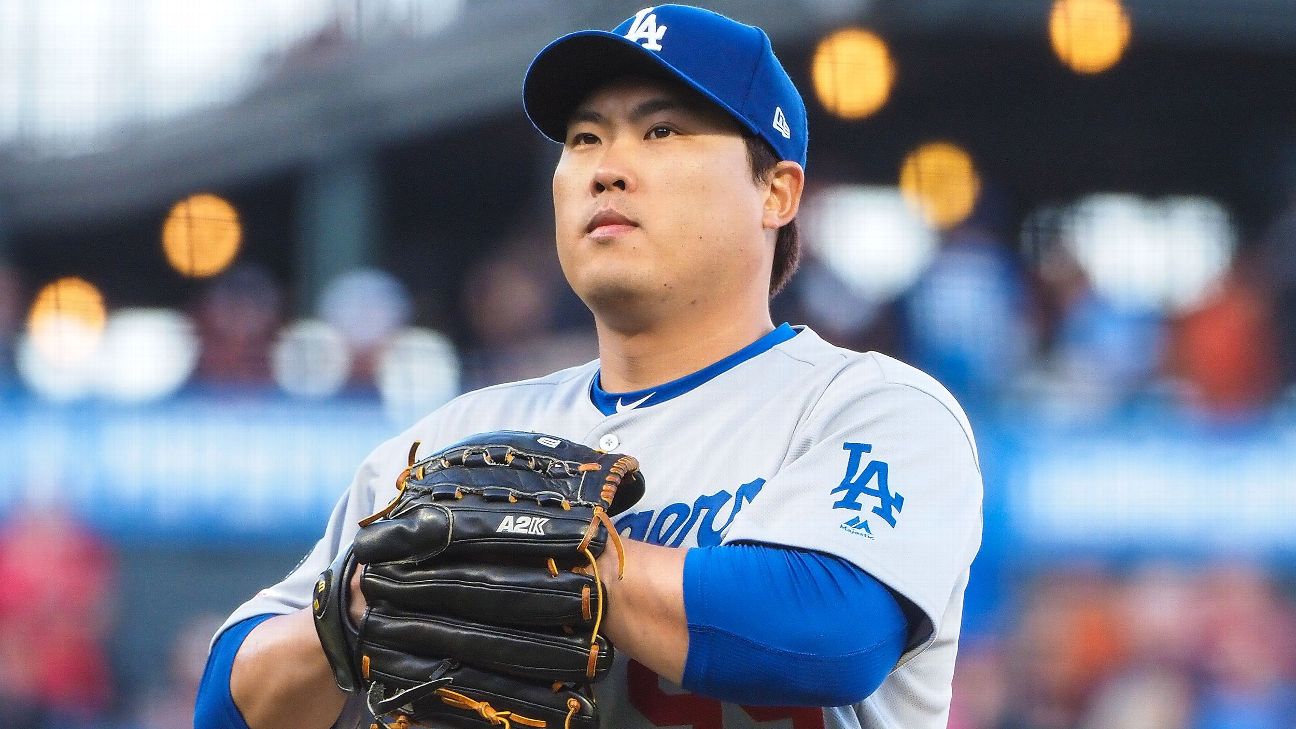 Let's turn back the clock a year, when we wrote this same article and included this gem:

Guy most likely to put a team over the top: Patrick Corbin. ... There might be concern about the long-term health of a guy who throws sliders 40 percent of the time, but Corbin has the ability to be the difference-maker for the Yankees, Nationals or Dodgers.

Corbin signed with the Washington Nationals, went 14-7 with a 3.25 ERA and was the winning pitcher in Game 7 of the World Series when he tossed three scoreless innings in relief of Max Scherzer. Corbin still has five years remaining on his six-year, $140 million contract, but with a World Series title in hand, you can argue anything moving forward is gravy.

Time to preview what might happen this offseason in free agency ...

Guy most likely to sign the biggest deal: Everyone expects Gerrit Cole to easily break David Price's record contract for a pitcher, the seven-year, $217 million deal he signed with the Boston Red Sox in 2016. Cole certainly compares favorably with the best free-agent starting pitchers available over the past five seasons. I would rank him as the best one to hit the market, or at least equal to Scherzer when Scherzer was a free agent after 2014:

Like Scherzer, Cole is a power pitcher with a mostly positive track record for health. He's a year younger than Scherzer, and the fact that Scherzer has gone 79-39 with a 2.74 ERA for the Nationals will only help Cole get that $250 million-plus contract. Pitchers like this are rare, and it's even more rare for them to reach free agency. The Los Angeles Angels are viewed as the front-runners for Cole, although Houston Astros owner Jim Crane vowed to "take a run" at re-signing Cole. Those are empty words when factoring in the rest of the quote to the Houston Chronicle, however: "We don't know if we can get where they want to get." Oh, yes: Scott Boras is Cole's agent.

Guy most likely to be the biggest steal:Hyun-Jin Ryu. I pegged Josh Donaldson in this space a year ago and was tempted to do that again, but Donaldson should get a multiyear deal this offseason. Ryu, coming off a season in which he led the majors with a 2.32 ERA, might nonetheless end up undervalued for several reasons:

Age and injury issues: He'll be entering his age-33 season and had Tommy John surgery as an amateur in 2004 and then shoulder and elbow injuries as he made only one start in 2015 and 2016.

His 5.40 ERA over his final seven regular-season starts, raising his ERA from 1.45 in early August.

Those are the negatives, but I like the positives:

Ryu's elite walk rate. He had the second-lowest rate among those 130 pitchers. He doesn't beat himself.

Grounders and soft contact. He ranked 10th in ground ball rate and eighth in lowest average exit velocity. His changeup has become one of the best weapons in baseball and he threw it a career-high 28% of the time in 2019.

He has actually been mostly healthy the past three seasons, missing time in 2018 because of a groin injury, not an arm issue.

In some ways, the profile is similar to that of Dallas Keuchel, who settled for a one-year deal at midseason in 2019, but he's better than Keuchel and should have more interest. That might or might not come from the Dodgers, who will have plenty of starting pitching options with Clayton Kershaw, Walker Buehler, Kenta Maeda, Julio Urias, Dustin May, Ross Stripling and Tony Gonsolin -- and maybe they pursue Cole as well (although the Dodgers have been reluctant to hand out big free-agent deals under Andrew Friedman).

Guy most likely to be the biggest bust:Nicholas Castellanos. Last year, the answer was A.J. Pollock, mostly due to concerns about his injury history and leaving a hitter-friendly environment. Pollock had value because he was the only legitimate center fielder in free agency, but sure enough he got hurt and played only 86 games. He wasn't really a bust, although he was a platoon player by the postseason.

Castellanos likewise has a profile with some big pluses and big concerns. He can obviously hit, coming off his best season in which he bashed 58 doubles and hit .289/.337/.525 -- including a 51-game stretch with the Cubs when he hit .321 and slugged .646. But he's a below-average corner outfielder who doesn't walk much and might get paid based on those two months in Chicago. At $15 million or so per season, he's probably fine for three or four years. But a big annual average deal and more years could be risky for a guy who ends up as a DH in a couple of years.

Guy who helped himself the most in October:Stephen Strasburg is the easy answer, after giving us the best October run we've seen since what Madison Bumgarner delivered in 2014 and then opting out of his current contract. The Nationals are the favorites to re-sign him, and even though he's a Boras guy, maybe Strasburg wants to stay and will sign quickly. With so much starting pitching out there -- Cole, Ryu, Strasburg, Bumgarner, Zack Wheeler, Cole Hamels, Jake Odorizzi -- it will be fascinating to see how the dominoes fall and how quickly.

Guy who also helped himself in October:Howie Kendrick. He'll turn 37 next year, but he hit .344/.395/.572 as a part-time player for the Nationals. But as he showed in the postseason, there's a lot of value in this kind of player, even if he's not really a defensive asset. Shouldn't an AL team be interested in him as a player who can DH and fill in a little at first base and second base? Look at some teams' DH production in 2019:

Kendrick would be a reasonable, affordable player for the Rays. Of course, he's also still a good fit for the Nationals, maybe as their regular first baseman if Ryan Zimmerman doesn't return.

The guy who hurt himself the most in October:Wade Miley. This is actually more like the guy who hurt himself in September. Miley has a 3.52 ERA over the past two seasons, but he posted a 16.68 ERA in five September starts and was left off Houston's roster in the ALCS and World Series. Before September, he might have been looking at a deal similar to what J.A. Happ received last year -- two years, $34 million, with a third-year vesting option -- but now he might be scrambling to get a one-year deal as he did from the Astros.

Guy most likely to put a team over the top:Anthony Rendon. Cole might seem like the best answer here because we know what a No. 1 pitcher can do in the postseason, but if the Angels are his ultimate destination, they'll have to do a lot more than sign Cole -- and still figure out a way to beat the Astros and Yankees. I'm putting Rendon here because he could end up with the Dodgers, with Justin Turner sliding into a play-all-over guy in his final season of his current deal. Or maybe Rendon signs with the Phillies and proves to be the missing ingredient. Maybe he replaces Donaldson with the Braves. Maybe the Mets -- the Mets! -- make a bold move and give him $200 million. Or maybe he re-signs with the Nationals and they go back-to-back.

The guy every team wants to sign ... except: Will Smith. The left-hander has taken a winding road to becoming one of the best relievers in the game, passing through Anaheim, Kansas City, Milwaukee and San Francisco, with a Tommy John surgery along the way costing him the 2017 season. Over the past two seasons he has a 2.66 ERA with 167 strikeouts in 118 innings and a .195 average allowed. He has been especially dominant against left-handed batters with his fastball/slider/curveball arsenal (.418 OPS allowed) but is also good against righties (.656 OPS). The only red flag is 10 home runs allowed in 2019, but that wasn't an issue before last season. Imagine if the Dodgers or Astros had Smith in their bullpen to face Juan Soto in the playoffs.

So what's the problem? The Giants gave Smith a $17.8 million qualifying offer, so now any team that signs him will lose a draft pick. This probably kills Smith's free-agent market, as we've seen with other relievers in the past such as Craig Kimbrel last year. Smith might have to accept the Giants' offer or, like Kimbrel, wait until after the draft to sign. Maybe the Dodgers or Astros will want him then.

The guy who isn't a perfect fit anywhere:Didi Gregorius. The Yankees failed to extend him a qualifying offer, and while they could still re-sign him, they can just as easily play Gleyber Torres at shortstop and DJ LeMahieu at second base (with Miguel Andujar returning and moving to first base). Plus, while it might be fair to give him a mulligan for 2019 since he was returning from Tommy John surgery, he did post a .276 OBP, and as he has gotten bigger and stronger, his range in the field has diminished.

So who wants him? Barring unforeseen trades, all of last year's playoff teams are set at shortstop -- the Brewers are maybe the one exception, depending on whether they still want to live with Orlando Arcia's bat. Other teams such as the Mariners (J.P. Crawford) and Royals (Adalberto Mondesi) have young players who need to play, and others such as the Giants (Brandon Crawford) and Rangers (Elvis Andrus) have veterans under contract. Would the Orioles or Tigers want him, still early in their rebuilding years? It's going to be a tough market for Gregorius, and he might even have to move off shortstop to get a full-time gig.
Report a correction or typo
Related topics:
sportsespndidi gregoriusmlbanthony rendonnew york yankeeslos angeles dodgersnicholas castellanoshyun jin ryuwashington nationals
Copyright © 2022 ESPN Internet Ventures. All rights reserved.
TOP STORIES
Winter Storm Update: Tracking the nor'easter
New Yorkers urged to prepare for snow, wind as nor'easter looms
Wake for NYPD Officer Rivera being held at St. Patrick's Cathedral
Car hits NYC restaurant, which is burglarized the next night
Missing NYU adjunct professor found safe at hospital
Man sentenced to 25 years to life for attempted murder of 4 officers
Man corners Queens hotel houeskeeper at gunpoint, commits lewd act
Show More
Toddler credited with saving family of 7 from devastating house fire
More than 100 firearms seized in NY ghost gun investigation
AccuWeather Alert: Nor'easter approaching
Hochul unveils new Terminal B at LaGuardia Airport
Biden confirms he will nominate first Black woman to SCOTUS
More TOP STORIES News