Aaron Boone not yet considering pulling Sonny Gray from rotation 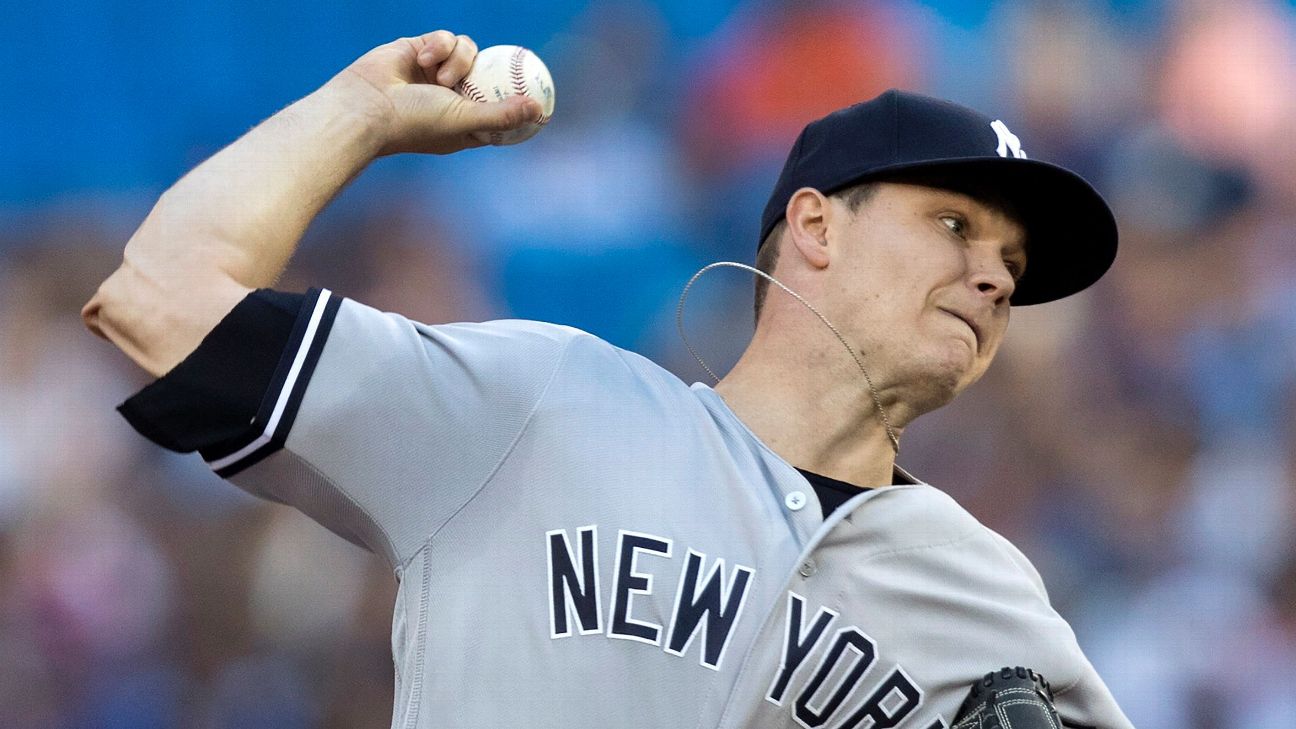 TORONTO -- Sonny Gray will get at least one more chance to show he deserves to keep his place in New York's rotation, though the Yankees are growing increasingly concerned about the struggling right-hander.

Gray lasted only two innings in Friday night's 6-2 loss to the Blue Jays, tying for the second-shortest start of his career. He pitched 2 1/3 innings in his last start against the Red Sox and has lost three straight.

"I am concerned, but we also believe in the stuff," Yankees manager Aaron Boone said of Gray. "We've got to try and help him right the ship a little bit."

Boone said Gray will face Baltimore next week and dismissed the idea of skipping Gray to help clear his head, saying, "No, I don't think we're considering that right now."

"Part of it is right now we feel like he's our best option," Boone said.

Gray (5-7) has allowed at least four earned runs in three consecutive starts, tied for the longest streak of his career. His ERA is 5.84, the third-worst in baseball among starters with a minimum of 80 innings.

"I think I'm frustrated, but at the same time, you know I have to come up with some solution if I want to continue to go out there and compete," Gray said. "I think there has been way too many games like this rather than the other way."

He acknowledged that he should have found a groove this far into the season.

"It's not early in the season anymore. It's not," he said. "I mean, this is when you're expected to go out there and contribute and get in some type of rhythm and go out and put together solid starts back-to-back. And I haven't been close to having been able to do that."

Gray retired the first two batters of the game before loading the bases with two walks and a single. He escaped unscathed when Russell Martin struck out swinging.

In the second, Toronto's Justin Smoak hit a three-run home run as part of a five-run inning, when the Blue Jays batted around and put an early end to his outing.

David Hale pitched 5 2/3 innings in relief of Gray, his longest career outing as a reliever. Hale allowed one run and five hits.

"It's getting himself into good counts and making pitches when he has a chance to put guys away," Boone said. "That's what he's really struggled with."