Aaron Boone understands expectations; wants to get lost in the process 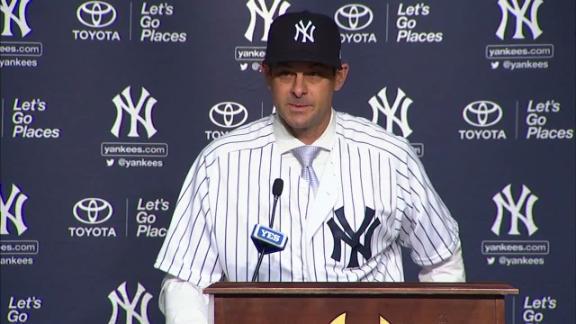 NEW YORK -- When the Yankees hired Aaron Boone to replace Joe Girardi, they wanted a new-age, modern manager. Boone very much sounded like he fit the description when he was asked to define success for his new job. The old-time mantra for a Yankees manager in his opening news conference is to definitively say that success will be defined by championships.

Boone acknowledged that the Baby Bombers, after coming within one game of the World Series, will be going after titles, but the theme of his answer was very new school: Trust the process.

"I'm going to be judged on wins and losses," said Boone, who will wear No. 17. "With the New York Yankees, we are chasing championships. I think I'll be, as a manager, someone who isn't chasing after wins every day. I want to get lost into the process. By doing that, I think we have a chance to get the best out of our players."

At 44, Boone was introduced as the 33rd manager of the Yankees in a news conference at Yankee Stadium on Wednesday. On a dais, next to his wife, Laura, whom the team presented flowers to during the festivities, Boone emphasized that he sees himself in the mode of this year's World Series managers, the Houston Astros' A.J. Hinch and the Los Angeles Dodgers' Dave Roberts.

His new boss, Hal Steinbrenner, sounded decidedly old school, though, when asked how he would define success over the length of Boone's three-year contract that includes a team option for a fourth season.

"Winning world championships," Steinbrenner said. "I truly believe we have now in place, having not traded away the Judges and the Sanchezes and Severinos of the world, I really feel what we have up here now [in the majors] and what we got down below, we have a chance for a very good run and it is exciting. And I expect that we will have a very good run."

In Girardi's decade on the job, the Yankees won a World Series and qualified for the playoffs six times, but he was let go after losing Game 7 of the American League Championship Series in Houston. Boone had spent his post-playing career as an analyst with ESPN.

"It is not a shorter-term decision," Yankees GM Brian Cashman said. "It is a long-term effort."

The Yankees felt that Girardi did not connect well enough with the players in the team's clubhouse, which was the main reason they let him go. Boone has already reached out to players via text and phone calls to try to hit the ground running with spring training two months away. Before then, Boone and Cashman will decide on the rest of his coaching staff, which so far only includes holdover Larry Rothschild, the team's pitching coach.

Cashman sounded like he would be patient with Boone. Cashman said he thinks he is the easiest GM to work with in the game, pointing out how the Yankees have only had two managers over the past 20 years and he has never fired coaches in season.

Boone beat out a field of five other contenders, which included Giants bench coach Hensley Meulens, now-Phillies bench coach Rob Thomson, former manager Eric Wedge, Los Angeles Dodgers coach Chris Woodward and the just-retired Carlos Beltran. Steinbrenner said there were discussions about who was second or third, but not who was the clear choice.

"For some of the guys involved, it wasn't even close," Steinbrenner said.

Steinbrenner said that Cashman and his lieutenants were so strong in their recommendation to the owner that Steinbrenner didn't feel the need to have an extended meeting with Boone before making the move.

Boone is most famous for his ALCS Game 7 winning home run that extended the Red Sox's curse in 2003. He is very much looking forward to going up against his friend, Boston manager Alex Cora.

"Since the Red Sox have had their success and won their championships, since I've gone back there, it has been a little more good-natured," Boone said.

Boone added, "I would say it won't be as good-natured, anymore." 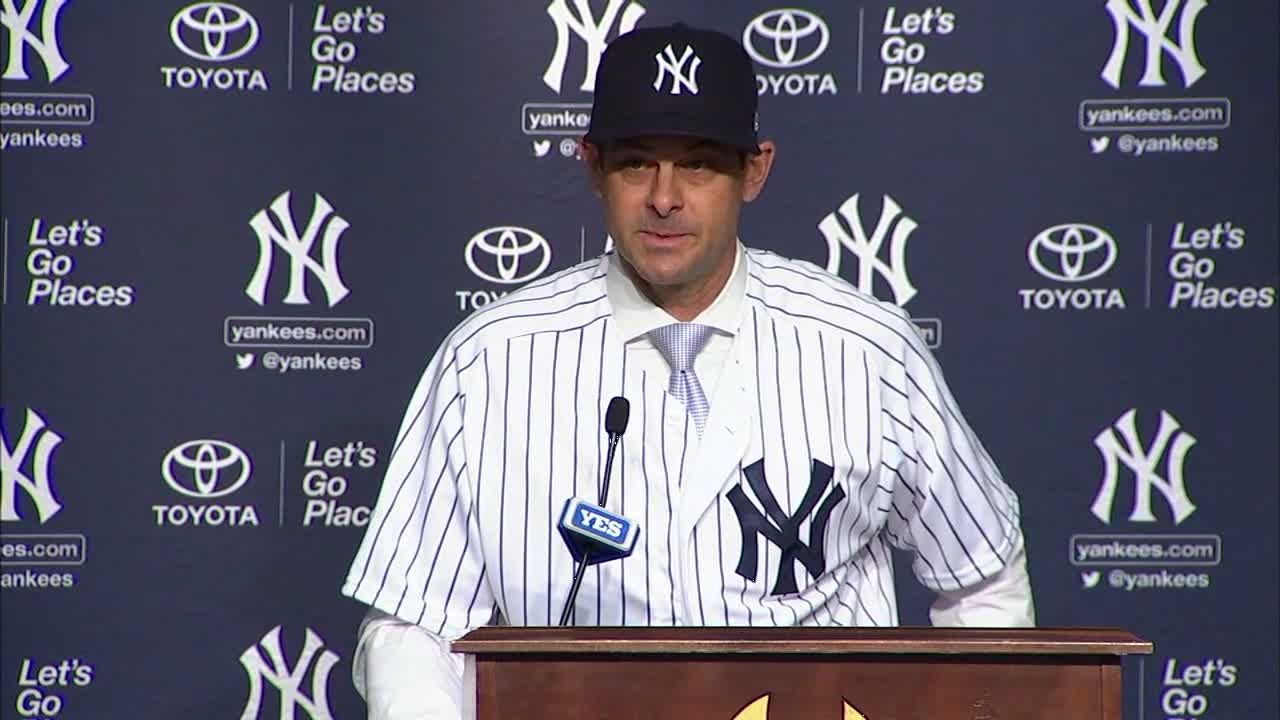 Boone: 'The expectation here is to win championships'
Newly introduced manager of the Yankees, Aaron Boone is excited to have an impact on young ball players and help them become championship caliber. 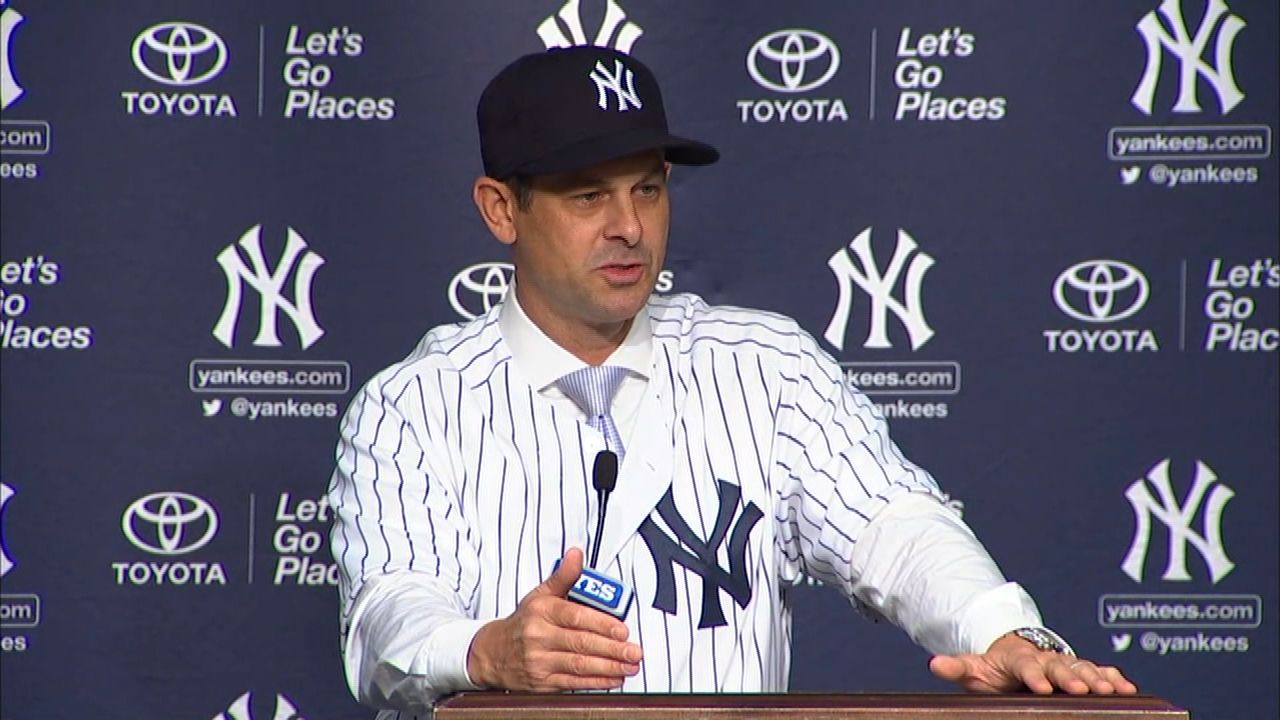