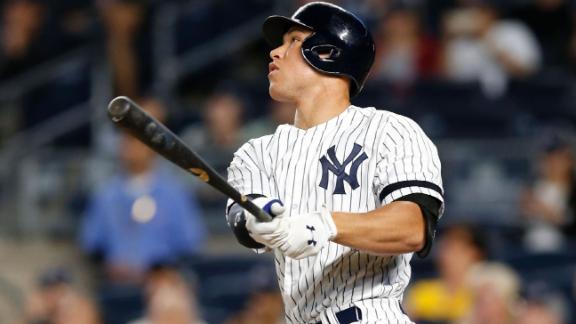 The deal includes branding on his batting gloves and wristbands, a major piece of real estate on one of baseball's biggest attractions.

"Adidas has a ton of momentum and everything the brand is doing right now stands out from the rest and challenges the status quo," Judge said in a statement provided by the company.

The deal ends Judge's affiliation with Under Armour, which signed him in 2014. Adidas has built a serious stable of young stars, including the Chicago Cubs' Kris Bryant and Houston Astros star Carlos Correa.

The Adidas deal did not come as a huge surprise, as Judge changed brands in time for spring training.

Judge won the American League Rookie of the Year award last season after setting an MLB record for most homers in a rookie season (52). He also won the All-Star Home Run Derby.