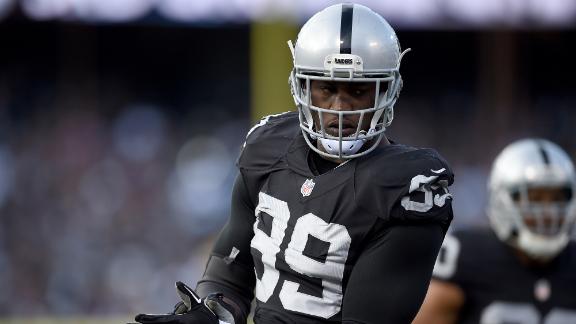 The Raiders didn't disclose terms, but The Associated Press reported that Smith, who is currently serving a yearlong suspension that was handed down in November when he violated the NFL's substance-abuse policy, received a two-year contract.

He posted a photo on Instagram after he signed his contract.

Smith, 26, will be eligible to apply for reinstatement in September, 60 days before the one-year anniversary of the suspension.

The No. 7 overall pick of the 2011 draft out of Missouri by the San Francisco 49ers, Smith spent time in rehab in 2013 and served a nine-game suspension in 2014. He was cut by the Niners during training camp last summer after his fifth arrest since coming into the league.

"I think in his heart he's a good young man," Raiders coach Jack Del Rio said of Smith during the NFL owners meetings in March. "I feel like all of us, we can all work to be better, and in my time around him, I enjoyed being around him. Good teammate. Good to be around. He's a good kid."

In September, Smith pleaded not guilty to misdemeanor counts of hit-and-run, drunken driving and vandalism, charges that stemmed from the alleged Aug. 6 incident.

After signing with the Raiders, Smith finished last season with 3.5 sacks in nine games (seven starts) and has 47.5 sacks in 59 career games.

Del Rio, who said his base defense can be called either a 4-3 or a 3-4, said he needed such hybrid rushers as Khalil Mack, Bruce Irvin and Smith to make it work. The Raiders also signed cornerback Sean Smith in free agency.

Cincinnati Bengals free-agent safety Reggie Nelson is scheduled to meet with the Raiders this week, a source told Schefter.

ESPN's Adam Schefter and Paul Gutierrez contributed to this report. 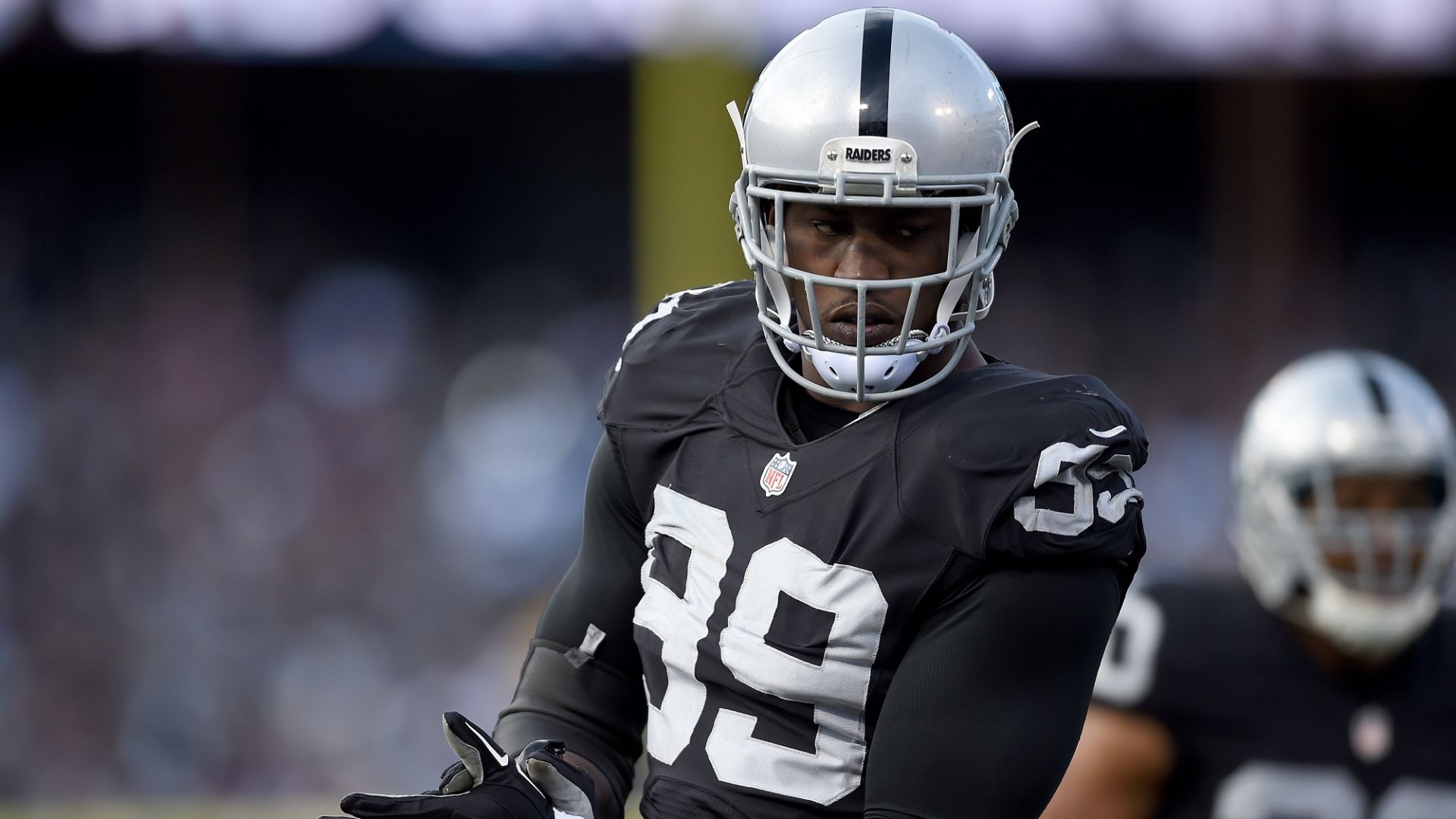