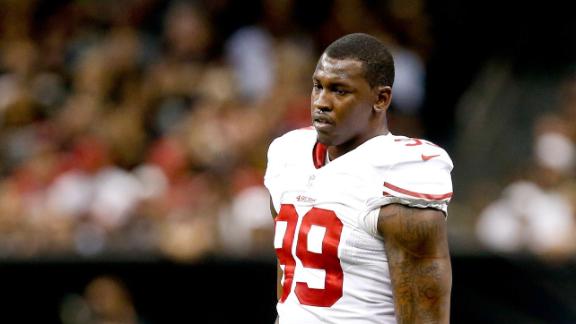 Aldon Smith has played in just 18 of a possible 32 regular-season games the past two seasons, spending time in rehab in 2013 and serving a league-mandated nine-game suspension to begin last year.

Entering the final year of his deal, which is scheduled to pay him $9.754 million in 2015, the one-time All-Pro outside linebacker agreed to a restructuring of his contract Thursday.

Smith's salary, which would have become guaranteed on the first day of the new league year Tuesday, now will be converted into a series of non-guaranteed bonuses that would add up to the salary if he meets the requirements, a league source told ESPN NFL Insider Adam Schefter.

Smith, it should be noted, did not take a pay cut. Rather, he agreed to earn his salary with good behavior throughout the season. As such, the move offers no salary-cap relief for the Niners.

"He's basically saying, 'I'm willing to bet on myself that I will not do anything stupid,'" Smith's agent, Doug Hendrickson, told CSNBayArea.com.

"The thought behind it is that Aldon realizes he's been his own worst enemy. He has come a long way since he was suspended. ... Ultimately his goal, my goal and the team's goal is for him to sign a long-term contract with the Niners."

"A lot of people haven't had the pleasure of meeting Aldon," Baalke said. "A great young man. He's had some off-the-field adversity, some personal adversity that he's trying to deal with and is dealing with. But, if you've ever had an opportunity to meet him, I think you'd feel how most of us feel, a tremendous young man."

According to CSNBayArea.com, the newly constructed contract will kick in next month, and Smith could make about $2 million before the season, with the rest coming through roster bonuses during the 17-week season.

Smith was listed as an "average" player for the Niners in a recent ESPN.com NFL Nation/Pro Football Focus project after registering just two sacks in seven 2014 games.