ESPN
By Andrew Marchand
TAMPA, Fla. -- As Alex Rodriguez returned to the Yankees as a special adviser Tuesday, he shut the door on the idea of ever playing again. The 41-year-old A-Rod said for the first time he is officially retired, declaring there is a "zero" percent chance he will change his mind.

Rodriguez said he briefly considered making a comeback after his unique breakup with the Yankees in August. The Yankees cut Rodriguez but let him play for one last week with the team. He doubled in his final game at Yankee Stadium. After that game, Rodriguez said he had a "few offers" to keep playing in 2016 but wouldn't reveal which teams. The Miami Marlins were known to have interest.

"I thought about it for a minute," Rodriguez said. "I flew the whole family home after that Friday night. I thought about it a little bit that weekend. I was fortunate to have a few offers. I called them back and said, 'No thank you.'"

The Yankees are paying him $21 million this season not to play on the team, per the terms of his 10-year, $275 million contract. When the Yankees released him, he and owner Hal Steinbrenner hatched a plan that would have Rodriguez serve as a special adviser and spring training instructor. Rodriguez is on the first of two three-day tours through the Yankees facility.

Rodriguez said next month when he returns he will be doing some work for John Filippelli, the president of programming for the Yankees' network, YES. YES spokesman Eric Handler confirmed the two sides are in talks about a role for Rodriguez. He has worked on Fox's playoff coverage and is beginning a reality TV show in which he will counsel struggling athletes with their finances for CNBC.

During Tuesday's workout, Rodriguez did not do much except chat with some players and coaches. He said his most valuable help to young players will happen off the field.

"I could spend all the time in the world on the field," Rodriguez said. "But these guys are great talents. They are the best players in high school and college. I think my value is taking them out to dinner and having a three-hour dinner. Recognizing that the first hour-and-a-half, they will probably pretty nervous and pretty tight. By the second half of that dinner, they will start asking real questions."

"I'm trying to get my life back in order," Rodriguez said. "I'm trying to manage my daughters and, most of the time, they are managing me."

Rodriguez finished his career with 696 homers, fourth all time. He was given what was then the longest suspension in baseball history for performance enhancing drug use when he was grounded the entire 2014 season. 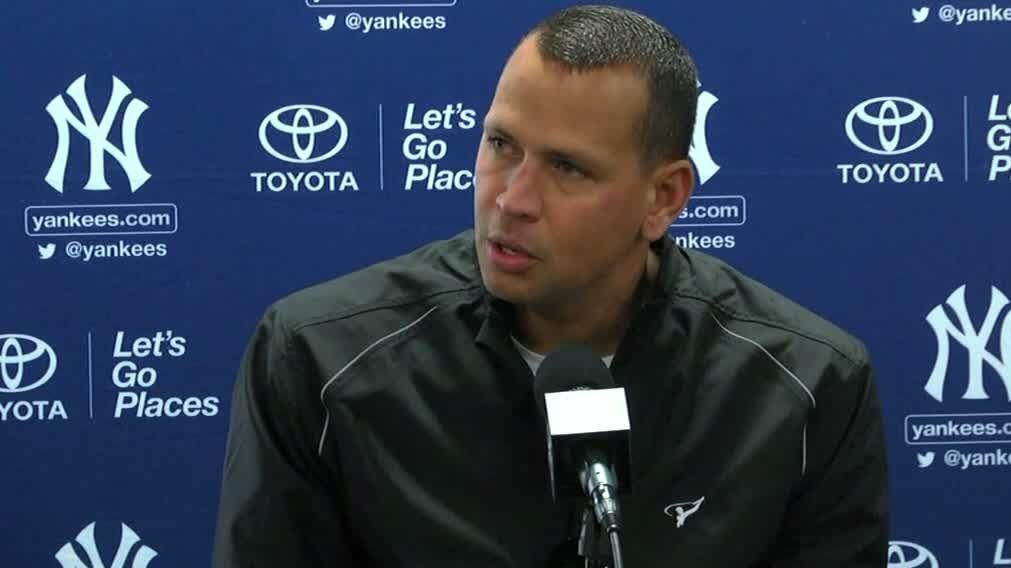