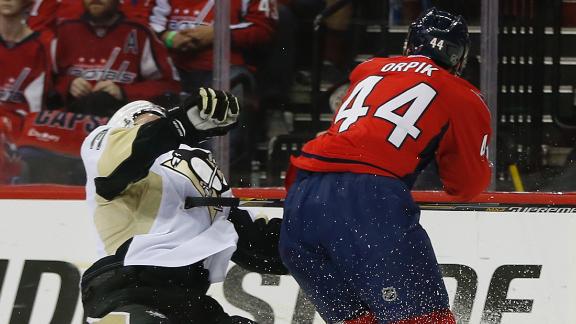 PITTSBURGH -- Brooks Orpik accepted his three-game suspension in a manner that's rare among NHL players in his situation, saying Monday the league's decision for his Game 2 hit on the Penguins' Olli Maatta was "fair.''

"It was a bad hit," the Washington Capitals defenseman told a huge media gathering. "It was intended to be a hard hit, definitely not at his head but I don't think there is anything that you can argue that it was definitely late. I think that was pretty black and white. I said that during my hearing yesterday. So, I'm just disappointed. It's a split-second decision you make and I just gotta live with it."

Orpik said he spoke to Maatta, his former teammate in Pittsburgh, after Game 2.

"He's a pretty good friend so it made the situation a little tougher,'' said Orpik.

Orpik, suspended for the first time since 2006, said he didn't do too much to defend himself during his hearing Sunday with NHL's department of player safety.

"There wasn't much arguing," Orpik said. "I told them it was a late hit and I knew that's why I was having a hearing. I don't know about an argument. There wasn't much arguing. I obviously told them there was no intent there and there was no denying it was late. That's pretty much all there was to it. That was the end result. I didn't really know what to expect out of how many games; whatever they gave me was something I was just going to have to accept. That's what we're going to do moving forward here and hopefully across the league they start punishing everything else the same way."

Orpik himself suffered a concussion in Game 3 of the previous round on a hit from Philadelphia's Ryan White, so he said the last thing he would want to do is intentionally deliver a head shot to another player.

"I was in a similar spot two weeks ago, so it's tough hearing people try to say I was intentionally trying to hit him in the head,'' Orpik said. "I've dealt with enough head and neck issues to know that was tough to watch."

Capitals coach Barry Trotz, however, was not happy with the length of the suspension and made some interesting comments after the morning skate Monday, referencing how Flyers forward Pierre-Edouard Bellemare only got a one-game suspension for his dangerous hit on Caps defenseman Dmitry Orlov.

"I'm disappointed obviously with the suspension. Looking at it as Brooks said, it was a little bit late. Probably looking back in terms of the series before, I'm more disappointed in the length than anything," Trotz said. "Dmitry Orlov in the previous series, I thought it was career-ending. They get one game. I know injuries shouldn't be a factor. Against the board, what have you. I'm disappointed, but I'm not surprised based on who we're playing and all that.

"We'll just go forward. Probably from my standpoint, I will say this about Brooks Orpik, he's played here 10 years or close to 10 years in Pitt. He's a first-class person on and off the ice. He's a true pro and all that. He does not target people. He plays tough against people. We'll take his punishment and we'll move forward.''

Asked later during his media availability what he meant exactly by saying based on who they were playing against, Trotz said: "Take it for whatever you want.''

In the meantime, the Penguins are without Maatta for the foreseeable future. Head coach Mike Sullivan would only say the defenseman was out for Game 3 with an upper-body injury and wouldn't speculate beyond that.

"You definitely have to worry about our guy first -- he obviously didn't look good," Penguins winger Chris Kunitz said Monday morning. "A huge minute guy for us on the back end. He's dealt with a lot of adversity. So your heart goes out to him when you see him. For the penalty of it, you wish they could have got it right in the game. We lose a guy and go down to five D-men. Our D-core did a great job.

"The suspension? You don't really know what goes into the conversation they have with him. Is it just? Yeah, maybe if our guy doesn't come back, he shouldn't be able to play either. But that's not for us to decide. We have to go out there and play the game. You just have to play within the rules and hope they get it right.''

Capitals defenseman John Carlson defended Orpik as a player and a person.

"If anybody has been around him they know what type of guy he is,'' Carlson said. "He was really good friends with Olli. He thought a lot about him and talked a lot about him. So, in terms of painting a picture, you can't paint him as a bad person or that he would ever want to do something like that. That's all I will say about that.'' 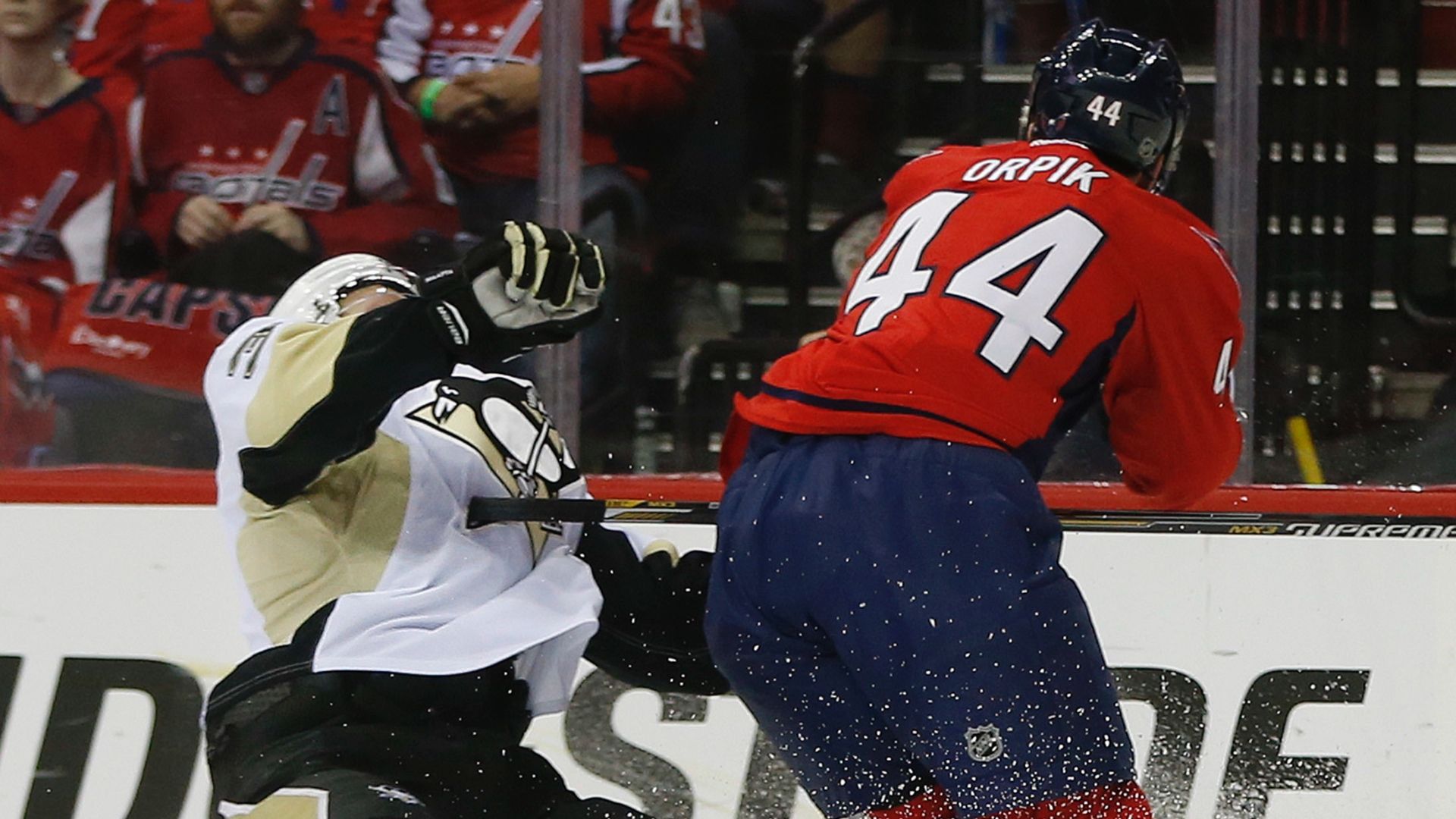