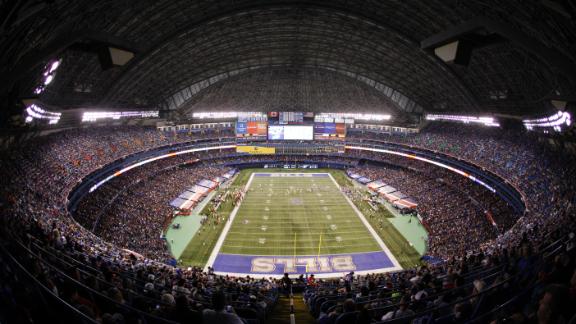 After putting the series on hiatus earlier this year, the Buffalo Bills terminated their agreement Wednesday with Rogers Communications to play one game per season in Toronto.

The Bills played six regular-season games and two preseason games at the Rogers Centre from 2008 to 2013, but announced in March that they would not play a game in Canada this season.

"When we put the series on pause last year, the ultimate goal was to get to this point and it's taken some time to come to a final conclusion," Bills president Russ Brandon said during his weekly appearance Wednesday on WGR 550.

The series had faced dwindling attendance and concerns from Buffalo-area fans about losing a game at Ralph Wilson Stadium each season.

"In hindsight, I know there's a lot of noise about moving games up north, and I understand that completely," Brandon said. "But when we look at what it has done for us regionally and what it has done for us back at Ralph Wilson Stadium, obviously southern Ontario has become a very large market for us as far as fans coming to our games at Ralph Wilson Stadium. That has been a positive."

The Bills last played in Toronto -- which is about 100 miles from Buffalo -- in December 2013, losing in overtime to the Atlanta Falcons.

"We felt after the Atlanta game last year that it was time to move away from the series ultimately," Brandon said. "I think from a football and from an organizational perspective, that is what we were working towards, and we're very pleased that it's come to a final conclusion."