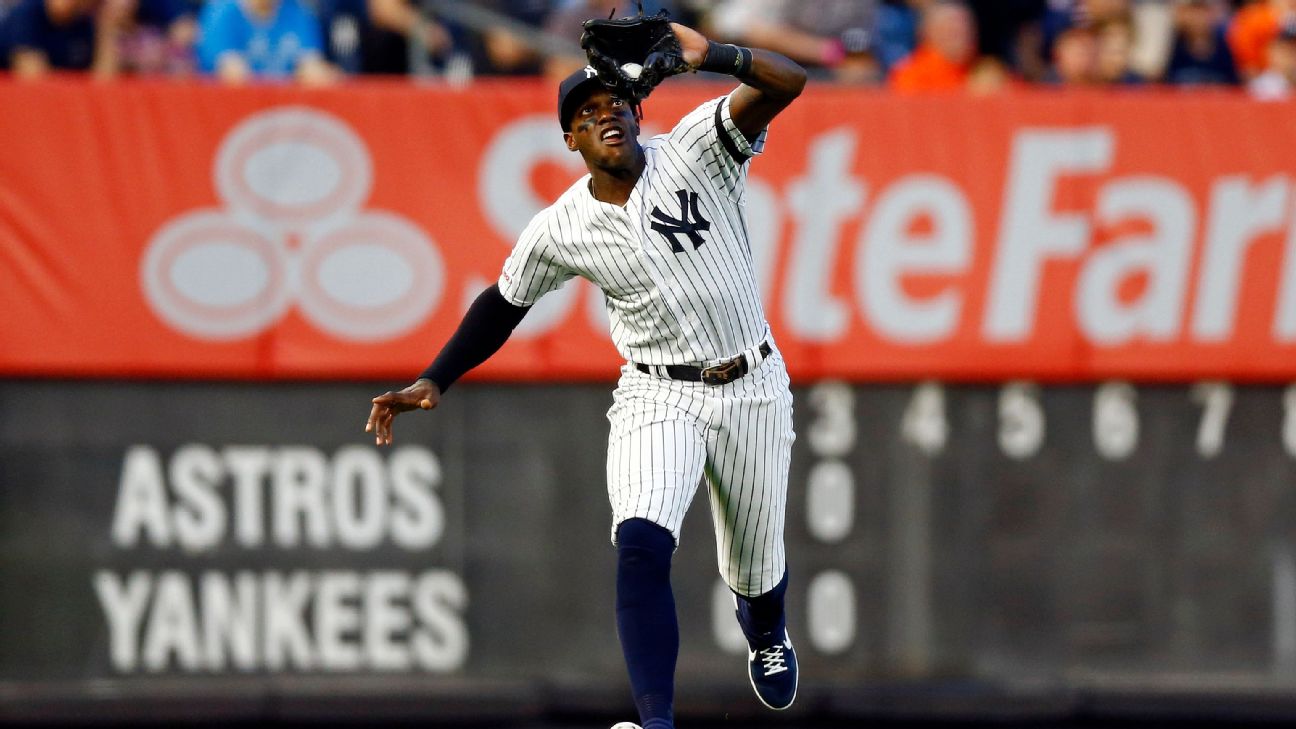 The Detroit Tigers agreed to a one-year major league contract with outfielder Cameron Maybin on Wednesday, the team announced.

Financial terms were not disclosed, but according to multiple reports, the deal is for one year and $1.5 million with the chance to make more in incentives.

The deal marks a return to the Tigers for Maybin, who played for the team in 2007 and 2016 and was a first-round draft pick by the organization in 2005.

"Cameron is a dynamic outfielder that we can rely on for solid play in both the field and at the plate," Tigers general manager Al Avila said in a statement. "His veteran presence will be an asset to our lineup and we're excited to have him back with the organization."

Maybin, who turns 33 in April, hit .285 with 11 homers and 32 RBIs in 239 plate appearances last season for the New York Yankees, who acquired him from the Cleveland Indians on April 25 in a trade that added depth to their injury-ravaged outfield.

He was a solid defensive player and provided clutch hitting and aggression on the bases throughout a division-winning season for the Yankees.

After a few down years, Maybin became a valuable hitter again thanks to an improved launch angle that led to career-best barrel and hard-hit rates last season. Top baseball analysts say that if he had implemented such changes to his swing in his prime years, he probably could have been a star in the majors. Instead, he has been forced to take a series of one-year and minor league deals the past few seasons in hopes of playing enough to show he can still contribute.

The right-handed-hitting Maybin signed a minor league deal with the Indians early last season after being released by the San Francisco Giants. He was arrested during spring training and charged with two DUI offenses -- driving while impaired and driving with a blood alcohol content of .08 or more.