Can the Yankees hit their stride heading to the stretch run? 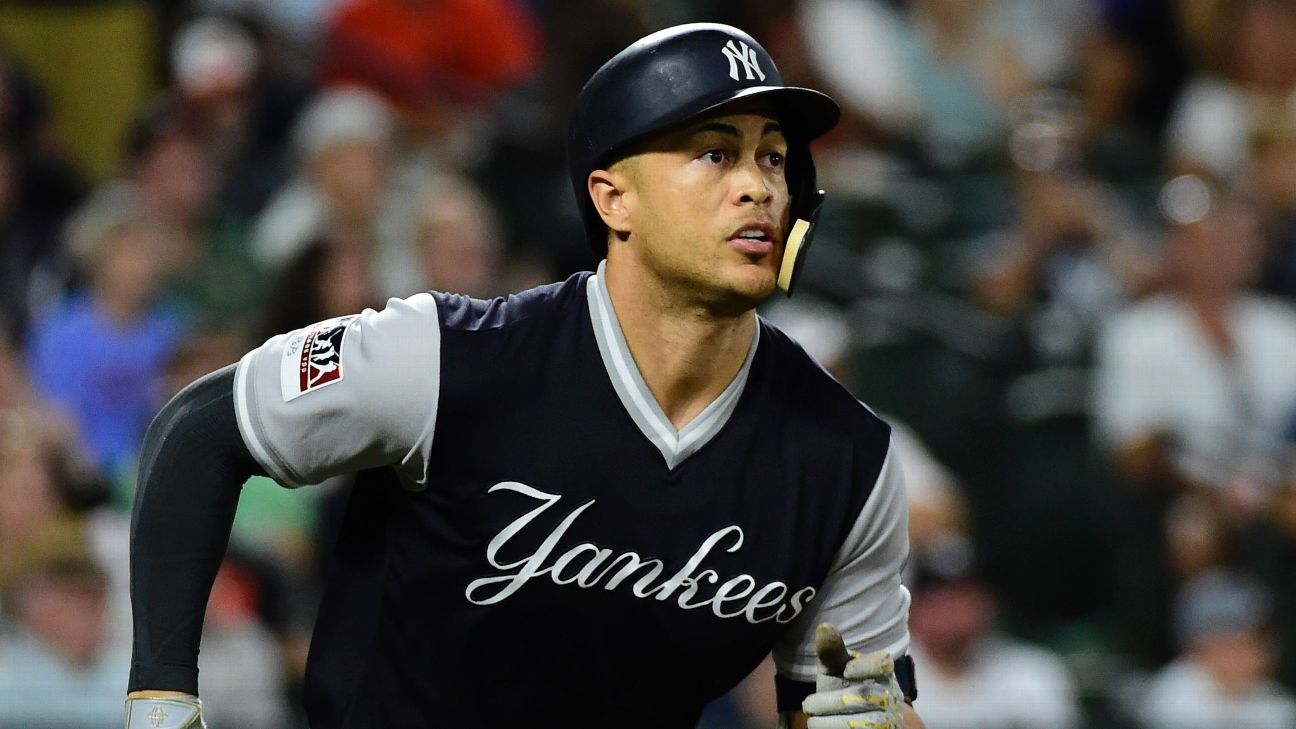 BALTIMORE -- When Hall of Famer Pedro Martinez questioned the New York Yankees' hustle midweek, tweeting that they lacked the requisite energy of a championship team, heads inside the clubhouse turned.

"We played 20 games in 20 days," Yankees outfielder Brett Gardner said to the New York Post in response. "It's fair to say guys were a little [weary]. We are doing the best we can."

If the three days since Gardner's rebuttal are any indication, the banged-up and battered Yankees' best is suddenly pretty good.

With the benefit of a pair of much-needed off days bookending a two-game series at Miami, the Yankees have won seven of their past eight games, including each of the three they have played in Baltimore this weekend entering Sunday night's series finale against the Orioles.

As the Yankees limp into September and the final stretch of the regular season with a packed trainer's room, at long last, brighter days appear to be on the horizon. Credit the team's soon-to-be-improving health, timely contributions from some unsung heroes and solid pitching from trade-deadline acquisitions for that.

"You do start to get excited about the possibility of guys starting to rejoin the fold, whether that's a week from now, two weeks from now, three weeks from now," Yankees manager Aaron Boone said. "[But] we've got to go play well, period."

Six games on the road against two other wild-card hopefuls and six more against the Red Sox ought to make September a wild month for the Yankees.

As of now, though, the Yankees are still short-handed. Because of that, it could be another couple of weeks before the Yankees are back to the level of health that helped make them arguably baseball's most dangerous team in May and most of June.

"We feel there's potential of that happening at some point towards the end of the season here, and that's certainly exciting," Boone said. "But we understand the importance of today and the urgency of today."

If Didi Gregorius' bruised left heel continues making the kind of progress Boone praised Friday, the shortstop could be on his way back later this week. The Yankees will know more regarding his progress Monday.

Catcher Gary Sanchez has begun rehab games and might be a week away from rejoining the big-league squad as his recovery from a reaggravated groin strain ends.

Closer Aroldis Chapman might be back another week or two after that, potentially coming back in the thick of the postseason push after giving the tendinitis in his left knee adequate rest. Perhaps around the same time, Aaron Judge's right wrist will have healed enough that his bat will be a timely addition to what has been a mostly makeshift offense since he went on the DL on July 26.

Yes, that's a lot of what ifs and maybes. But the bottom line is, those additions will help a team that of late has finally started figuring out how to play without its biggest stars.

"Even though we have guys down, we also have people in that room that have stepped up, that have contributed and that need to continue to do that so we can continue winning games," Boone said.

Slugger Giancarlo Stanton has been the biggest-name Yankee to explode in recent weeks, batting .284 with nine home runs, 21 RBIs and 23 runs scored in 28 games since Judge went on the DL. Stanton also has been playing with a tight hamstring during that stretch, adjusting his running style to stay in the lineup.

As well as Stanton has played, rookie Miguel Andujar has been the most consistent offensive contributor, hitting .315 with 15 extra-base hits, nine of them home runs, and 29 RBIs in 28 games without Judge.

During Game 1 of Saturday's doubleheader, Andujar hit a go-ahead, third-inning three-run homer that gave the Yankees a nice cushion in a blowout win.

"Being banged up, we've needed guys to step up," Boone said. "He's a guy you feel good about when he comes to the plate, especially in a big spot with runners on, no matter who's out there on the mound."

Added Yankees newcomer J.A. Happ about Andujar, "He's a special kind of talent. Just what he's been able to do and just what he's done since I've been here. That kind of production, it's been huge for us."

Happ's play in that same stretch has been equally big for New York. Since being traded to the Yankees from Toronto the same day Judge was hurt, the veteran left-hander has gone 5-0 with a 2.37 ERA across 30 innings. Strikeouts have been key for Happ, who has already struck out eight or more batters three times since the start of his Yankees tenure.

But there have been notable struggles among other regulars on the roster as well. Starting first baseman Greg Bird has just two hits -- both home runs -- in his past 31 at-bats. He's currently batting .199 and runs the risk of watching his playing time diminish if backup Luke Voit continues producing like he has in this latest series.

"Performance matters," Boone said. "We'll just try and match up, and hopefully kind of get a little hot hand going [with Bird or Voit] and see where we are."

As the Yankees continue marching to October, they will also need their share of special moments that can ignite the kind of fire Martinez didn't think he had been seeing.

Friday night, Voit, the little-known first baseman who was acquired from the St. Louis Cardinals near the deadline, provided a pair of those moments. With two home runs that galvanized his team's dugout, he was a major sparkplug in a key win. After hitting a game-tying shot to center early in the game, he launched a go-ahead three-run shot in the 10th that got the large contingent of Yankees fans in attendance at Camden Yards chanting "Luuuuuuke."

While rounding the bases after the second homer, Voit gave a ferocious fist pump. It was the kind of emotional display he believes has to be part of the Bombers' identity in the season's final five weeks.

"It's almost September, and this is kind of crunch time," Voit said. "We've got to get things going because we'd like to keep the wild-card position up high, and obviously there's still a chance against the Red Sox."

Well, Pedro, the Yankees are listening. But as you know, if they want the final word on this, they simply have to keep responding.