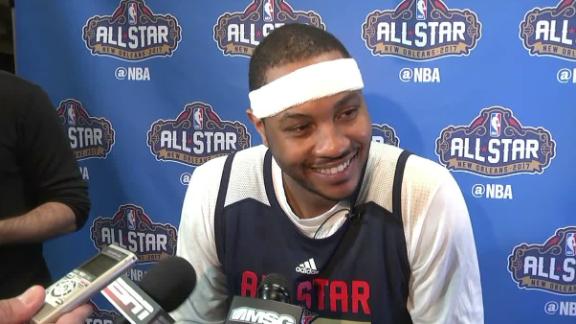 All-Star Carmelo Anthony sees this weekend in New Orleans as "therapy" and a "break" from the drama surrounding himself and the Knicks organization.

Speaking with reporters Saturday, Anthony seemed generally torn about his future with the Knicks, who have talked to at least three teams in recent weeks about potential trades involving their star.

Anthony was asked Saturday how he envisions the rest of the season playing out. His answer revealed that he is well-aware of potential trade possibilities.

"I don't know, to be honest with you," Anthony said after the East's All-Star practice. "It would be up in the air. It's something I have a problem thinking about. To say I don't think about it, I'd be wrong, I'd be lying to you.

Anthony, who has a no-trade clause, says he hasn't been presented with any scenarios from Knicks management. The club reportedly has discussed potential trades of Anthony with the Celtics, Clippers and Cavaliers.

Anthony was added to the East's All-Star roster to replace the injured Kevin Love, the Cavs forward who coincidentally has been mentioned in trade talks for the Knicks veteran. Sunday will mark Anthony's 10th All-Star appearance.

The collective bargaining agreement states that if a player is selected to play in the ASG and is healthy enough to play in it prior to the All-Star break, then he is mandated to play.

"It was a downer,'' Anthony added of getting the All-Star Game invite, having said Wednesday he would have declined the offer if not for the CBA bylaws. "I had to cancel my trip, and there's no refund. I can't get my refund back.''

"I was looking forward to just kind of getting away from the game and kind of exhale a little bit and evaluate my situation," Anthony said. "Just kind of get away from all of it.

"It's a good thing," Anthony said. "I don't want to seem like I'm not happy about it.

"This is a break for me to come here and not have to deal with my situation or our organization."

When asked if he wants to suit up for the Knicks on Thursday in Cleveland, hours after the trade deadline, Anthony said: "I hope so. We'll see what happens. I plan on being here.'' 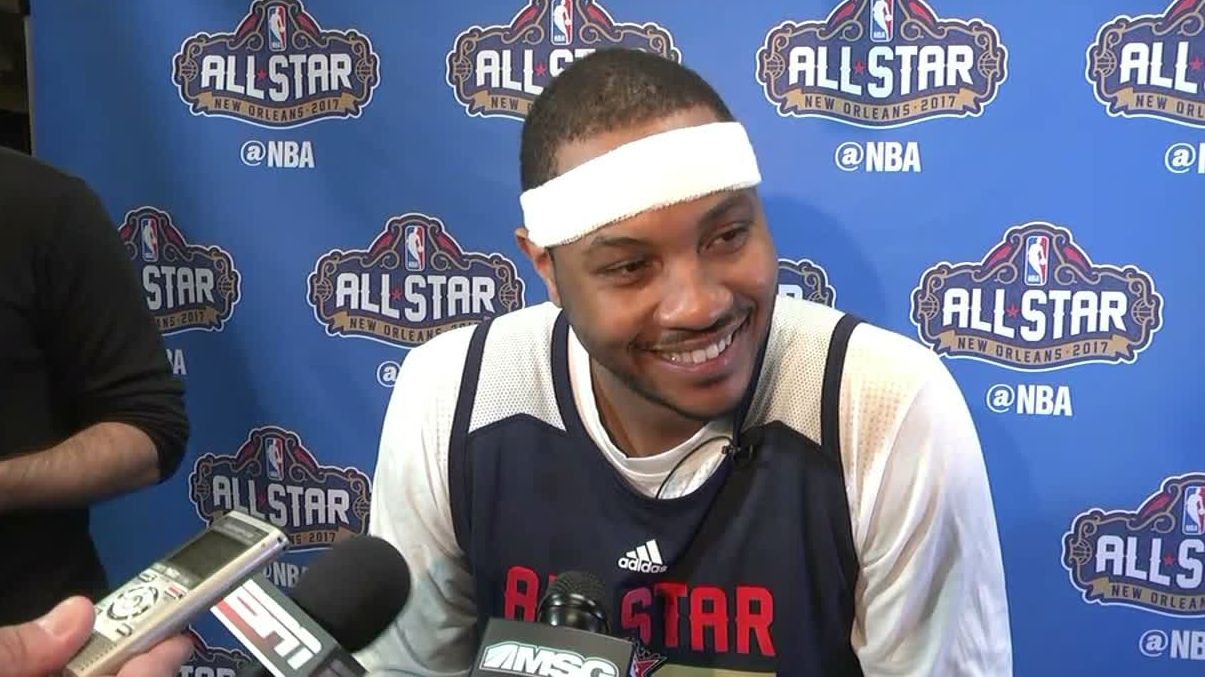