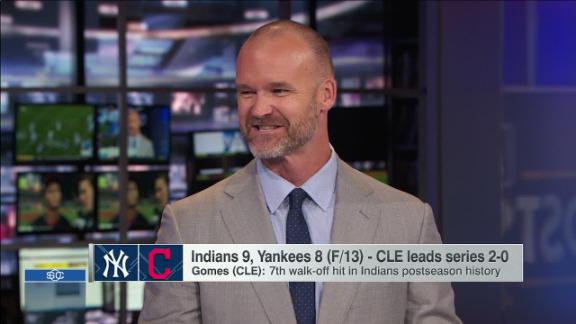 CLEVELAND -- Corey Kluber is stoic to the point of sleep-inducing. But he's a two-time All-Star on the verge of his second career Cy Young Award, so he stands front and center as the ace and acknowledged leader of the Cleveland Indians' pitching rotation.

Trevor Bauer is attracting more attention these days, as well, as an idiosyncratic, drone-loving baseball geek who has reached a higher level by resisting the pressures to conform. He has a compelling story to share.

If Kluber and Bauer are the Luciano Pavarotti and Placido Domingo of the Cleveland rotation, that leaves Carlos Carrasco in the role of the third tenor, Jose Carreras. His teammates call him "Cookie," but on the national-recognition scale, he might as well be "the other guy."

That could all change Sunday night, when Carrasco tends to some potential résumé embellishment and profile enhancement in the Bronx.

After Bauer's shutdown performance in Game 1 and the Indians' impressive comeback from Kluber's inexplicably bad outing in Game 2, Carrasco will take the mound againstMasahiro Tanakawith an opportunity to close out the best-of-five American League Division Series at Yankee Stadium.

It's the postseason debut for Carrasco, who is coming off his first 200-inning season and ranks among the AL's top five in WHIP (1.10), strikeouts (230) and FanGraphs WAR (5.5) this season. The only thing he lacks is a big "Q" rating.

"When you have somebody like Kluber in your rotation, everybody else gets overshadowed a little bit," said Indians general manager Mike Chernoff.

Carrasco can't be faulted if he's a little amped for this one. He suffered a broken right pinkie finger on an Ian Kinsler comebacker during the 2016 stretch run and spent October walking around in a splint as the Indians rode Kluber, Andrew Miller and Cody Allen to the seventh game of the World Series.

The motivation from that setback sustained Carrasco through his offseason workouts and some elbow concerns in spring training, and he logged a 2.04 ERA and held opponents to a .175 batting average in April to quickly put the scars behind him.

"You know what? I love to pitch everywhere," Carrasco told reporters Saturday. "Home, here, other stadiums. It's the postseason. There are going to be a lot of people [watching]. This is going to be my first time, but I always say, it's the same baseball."

While Bauer is a work in progress at age 26, Carrasco's réesumé reflects the volatile and often unpredictable nature of player development. He was a perennial top-10 prospect in the Philadelphia system after signing for a $300,000 bonus out of his native Venezuela in 2003, but the results didn't quite match the physical gifts, and he was tagged with a label that came to define him in his formative years.

"For all his stuff, he lacks consistency and a killer instinct," Baseball America wrote of Carrasco in 2009. "Opposing managers use words such as 'fold up' or 'soft' to describe Carrasco, who's prone to the big inning."

The Phillies traded Carrasco, Jason Knapp, Jason Donald and Lou Marson to Cleveland for Cliff Lee and Ben Francisco in July 2009, but the change of venues had a minimal effect on Carrasco's career advancement. He made three stops with Triple-A Columbus and was 27 years old when he finally made the major leagues for good.

By acclamation, the Indians trace Carrasco's breakthrough to 2014, when he began the season in the bullpen. Carrasco had a tendency to lose his composure and concentration with runners on base, and the switch to the pen freed him to think batter-to-batter rather than worry about pacing himself and looking three or four innings ahead.

Francona was initially skeptical when pitching coach Mickey Callaway and former Indians bullpen coach Kevin Cash, now the Tampa Bay Rays' manager, lobbied him to plug Carrasco back into the rotation in August 2014. But Francona gave it a shot, and Carrasco shut down the Yankees in New York in his first outing and logged a 5-3 record and a 1.30 ERA in 10 starts down the stretch. In hindsight, his exposure to relieving gave him the mental skills he needed to get over the hump as a starter.

"I think when he went to the bullpen and took that mentality of just going as hard as he could from pitch one and not worrying about getting deep into the game, that's when we saw things click for him," Chernoff said. "He carried that approach back into the rotation, and he's been that same way since."

Regardless of what happens Sunday or the rest of October, Carrasco's emergence is another tribute to Cleveland's pitcher development approach. Francona, Callaway, the Indians' front office and the organization's development staff have shown a knack for recognizing pitching talent, nurturing it and showing the requisite patience to achieve big results.

"We can't be an organization that pulls the plug on guys too quick," Francona said. "And we don't have a crystal ball, either. But with an arm like that, if you run out of patience too quickly, he's going to be doing this for another organization. We can't have that happen.

"And it wasn't just patience. I mean, it was a lot of hard work. I know Kevin Cash isn't here anymore, but he did a lot with Carrasco, sitting out in that bullpen, as far as mentality and embracing what's coming. There are a lot of people that deserve credit. Carlos is right at the top of that list. But it's a good story for us, because he's been one of the better pitchers in the game."

It will be an even better story if Carrasco can vanquish New York in Game 3 and carry the Indians into the Championship Series. The prime-time stage awaits in New York. 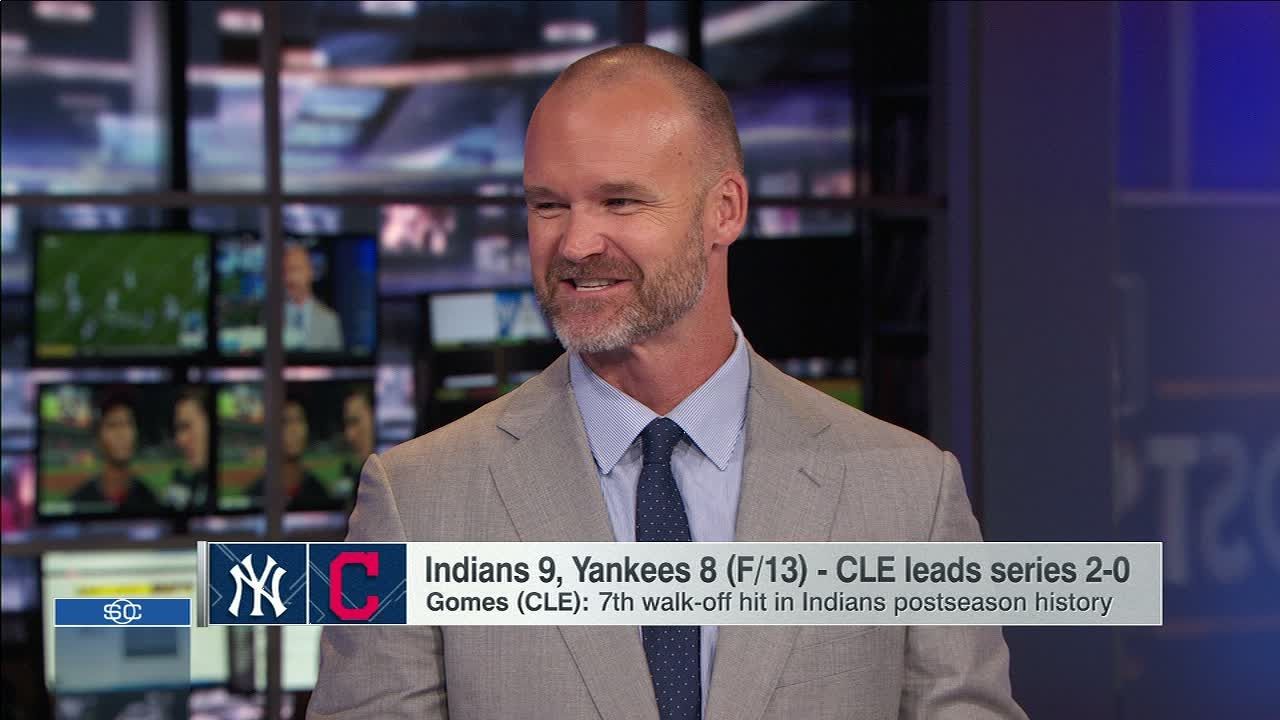