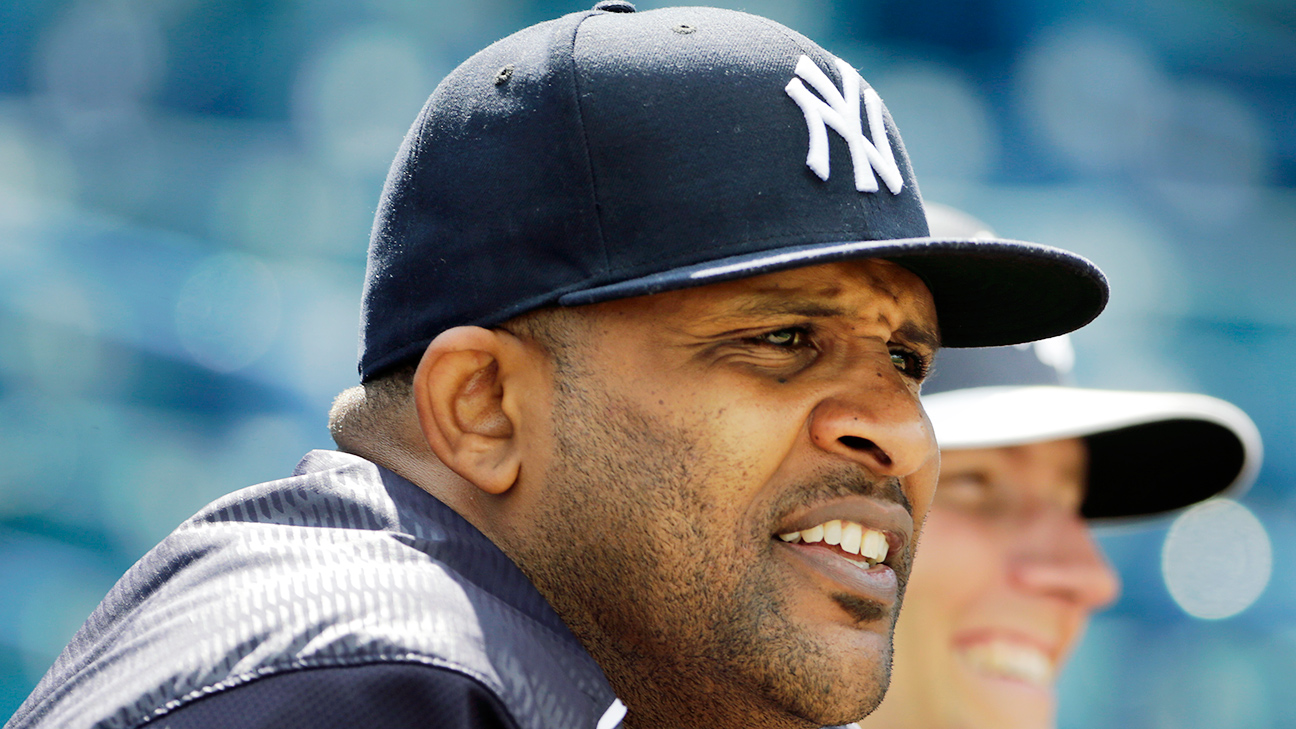 The New York Yankees officially removed CC Sabathia from the roster for the American League Championship Series on Friday, replacing him with right-handed reliever Ben Heller.

Sabathia would not be eligible to return should the Yankees get to the World Series, so the 39-year-old left-hander has made his final appearance in pinstripes.

Sabathia's knee buckled and his shoulder seemed to give out as he tried to get out of a bases-loaded jam in the eighth inning of the Houston Astros' 8-3 win in Game 4 of the ALCS on Thursday night.He walked off the mound toward second, spoke with head athletic trainer Steve Donohue and tried a warm-up toss, hoping somehow to push through, but he had to leave.

Fans chanted Sabathia's name as he limped off the field with tears in his eyes. He already had announced that he would retire after the season.

"I think that's what got me more emotional than [the] actual injury," Sabathia said during a pregame media session Friday afternoon. "Just hearing the fans and the way that they were cheering me and it was just -- it makes me feel good. Makes me feel like I made the right choice 11 years ago [to sign with the Yankees]. I love these fans. I love this organization."

The Yankees said Sabathia suffered a subluxation -- or partial dislocation -- of his left shoulder joint.

"I told [my wife] Amber last night that this was the best way for it to end for me, because of the way I've been feeling, loving the bullpen, jogging out, feeling pretty good," he said. "I feel like about July of next year I'll be like, 'I think I can pitch.' So knowing that obviously the way I feel now I can't -- I think it's just kind of fitting. I threw until I couldn't anymore."

"It's tough, man. He's a great person, a great player," outfielder Aaron Hicks said of Sabathia. "He's gonna be a Hall of Famer. To see a guy like that go out like that is not the way you want to see it. He means a lot to this team, a lot to his organization, and for him to go out like that, it's not something you want."

Left-handed reliever Zack Britton, who spent eight seasons with the Baltimore Orioles before being traded to New York last year, reiterated the reputation Sabathia carries throughout the league.

"I played against CC longer than I've played with him, so I know the respect that opposing teams have for him," Britton said. "He's done it in the game, but obviously off the field too. He's really respected throughout the game, and guys know the type of career he's had."

A six-time All-Star and the 2007 AL Cy Young Award winner with Cleveland, Sabathia finished with a 251-161 regular-season record with 3,093 strikeouts. He had made four trips to the injured list this year due to his balky right knee, but even through injury Sabathia said he always felt in control of the game.

"I always felt like being the pitcher of the game stopped and started on me," Sabathia said Friday. "And I kind of felt like I was in control all the time and that was just the best part about it is 50,000 people in the Bronx and s--- don't start until I'm ready. So that was the best part."

Heller had a 1.23 ERA and nine strikeouts in 7 1/3 innings for the Yankees this season after returning from Tommy John surgery.

ESPN's Marly Rivera and The Associated Press contributed to this report. 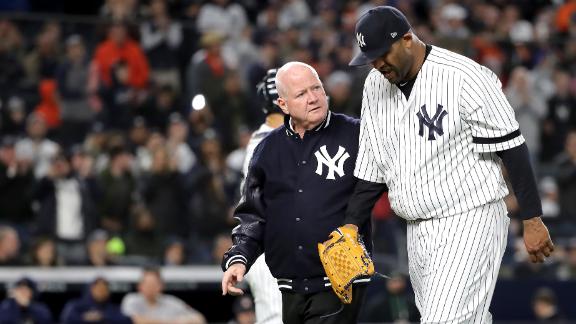