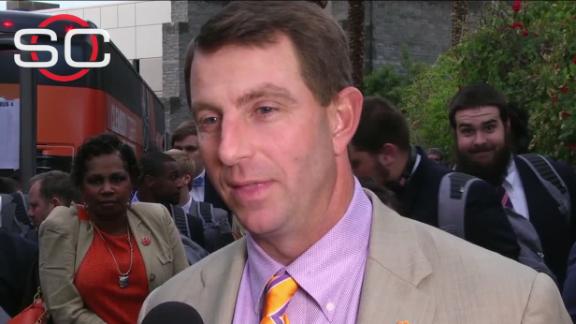 The No. 1 Clemson Tigerswill play the No. 2 Alabama Crimson Tide in the College Football Playoff National Championship Presented by AT&T at University of Phoenix Stadium (8:30 p.m. ET, ESPN).

Swinney, 46, has guided Clemson to a 75-26 record in seven-plus seasons as coach, including a 47-14 record against ACC foes. Hired after serving as the Tigers' interim coach midway through the 2008 season, Swinney signed an eight-year contract in January 2014 that pays him about $3.3 million. That deal included a raise of more than $1.1 million and runs through the 2021 season.

Radakovich said he has had one discussion about extending the contract with Swinney's agent, Mike Brown of Atlanta. Swinney's $3.3 million annual salary ranked 26th among FBS coaches this past season, one spot above Kentucky's Mark Stoops, who makes $3.25 million and is among the three lowest-paid coaches in the SEC.

Swinney could receive a raise that would put him in the $5 million range, making him one of the 10 highest-paid coaches in college football. Nick Saban of Alabama is the nation's highest-paid coach at $7 million a year.

"We've been in lockstep on it that we weren't going to talk about any of that until after the season was over," Radakovich said. "He and his staff have done a tremendous job, and that's certainly something that will be looked at once the season is over."

Brown, when reached earlier this week by ESPN.com, declined comment on the negotiations. 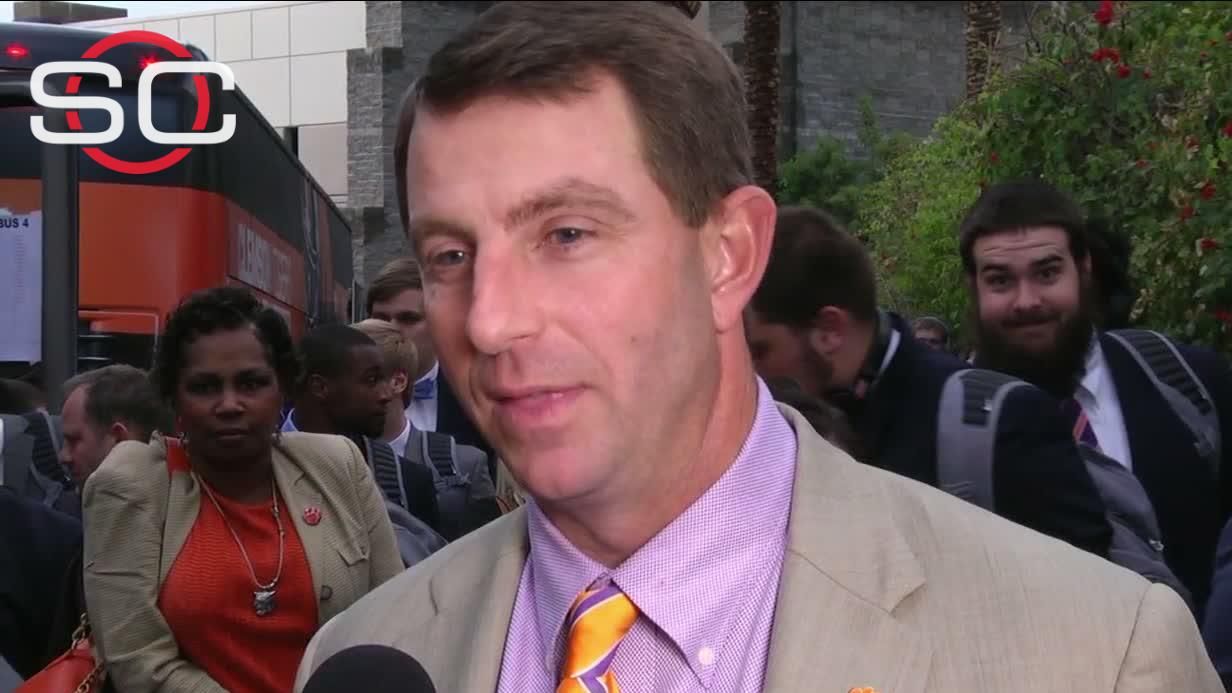