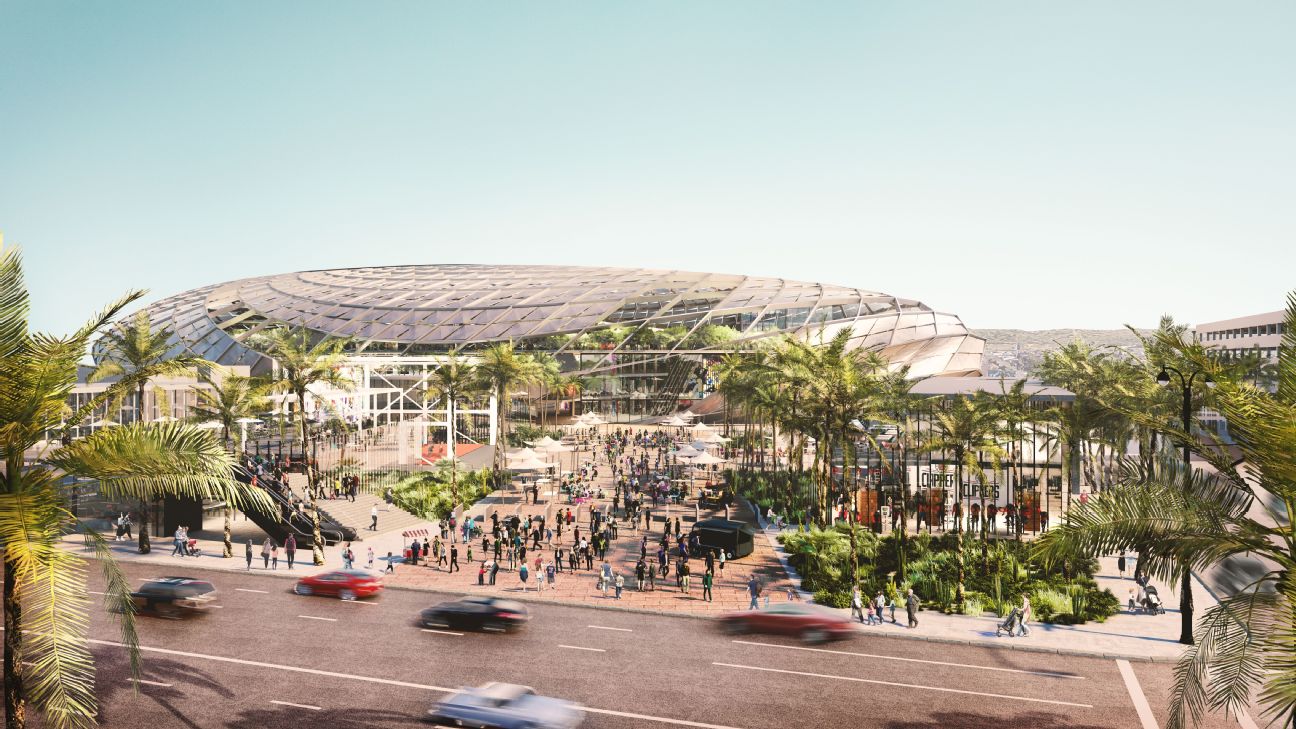 ESPN
By Ohm Youngmisuk
HONOLULU --LA Clippers owner Steve Ballmer made it clear Thursday that he will not back down from a fight with Madison Square Garden and New York Knicks owner James Dolan, and that MSG should be prepared for a long battle over litigation trying to block the building of Ballmer's proposed arena in Inglewood, California.

"We're on a path where we think we can build the arena, whatever happens in the litigation," Ballmer said when asked for an update on the arena, which is proposed to be built for 2024, when the team's lease with Staples Center ends. "We're moving along. ... The other side is just trying to slow us down a little bit. But it's another thing where we're grinders. We're long-term players and we're grinders.

"You want to hit us in the nose? OK! We'll keep moving. You can't knock us down! I'm not sure they understand what they've gotten themselves into, from my perspective in the sense that we'll just keep going. They did really participate in blocking that Jets [proposed] stadium in New York. They did. It was supposed to be there some place on the west side of town. We're going to keep patient. We have plenty of time. Keep patient, keep going."

Ballmer, who is in Honolulu, where the Clippers opened their preseason schedule Friday with a 109-96 loss to the Rockets, later added in a talk with reporters, "We are going to open that arena one way or another."

Dolan is executive chairman and CEO of MSG, which has owned the Forum, located in Inglewood, since 2011. The venue is home to concerts and events, and MSG has two lawsuits pending, including one against the city of Inglewood and its mayor over building a new arena adjacent to the Forum and the site of the future home of the NFL's Los Angeles Rams and Los Angeles Chargers.

Ballmer acknowledges that the litigation has added to an awkward situation with a fellow NBA owner.

"My partner in the NBA! It's a weird form of partnership," Ballmer said when Dolan's name was mentioned.

NBA commissioner Adam Silver supports Ballmer's plan to build a new arena for the Clippers. Ballmer has said the "billion-dollar-plus" project will be privately financed.

"I have talked to Jim Dolan and Steve Ballmer about that lawsuit," Silver said at the NBA Finals in late May. "Obviously, it's not something you like to see between partners in the NBA. I don't think there's a role for the league at the moment, but it's something that we're paying a lot of attention to."

Ballmer said it has been strange sharing an arena with another team, which the Lakers and Clippers do at Staples Center.

"It's so weird that it's in the same town," Ballmer said. "The fact that we play in the same building, we get the worst nights. It's Monday Night Football, who's going to play? The Clippers. That's true by lease. Our lease says we get the least favorable nights after the [NHL's]Kings and the Lakers."

Ballmer noticed that Clippers forward Kawhi Leonard was recently booed by Lakers fans when shown on the big screen at a Rams game.

"I'm not saying it's bad, but it certainly was an adjustment for me," Ballmer said of having two teams in the same city and not drawing support from all fans in Los Angeles. "I had to get my mind around ... like what do you mean you're not cheering for our team? I wasn't there, but I read that Kawhi was at a Rams game and he's getting booed?

"What the hell are you talking about? That's our freaking guy! That guy is awesome! What are you doing?" Ballmer said as he raised his voice in excitement and pounded the table, defending his star player. "What's wrong with you? Anyway, that's my reaction." 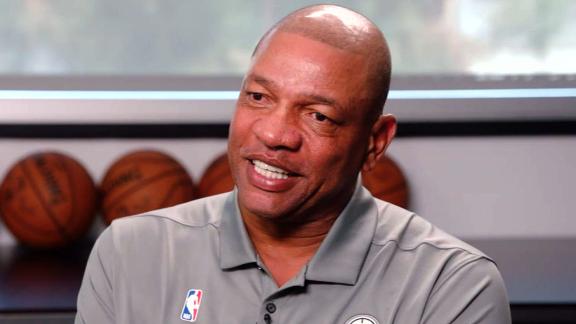 Rivers: 'We've become an organization that people trust now'
Doc Rivers explains how the Clippers became an organization people can trust and believe in, then gives details about his pitch meeting with Kawhi Leonard. 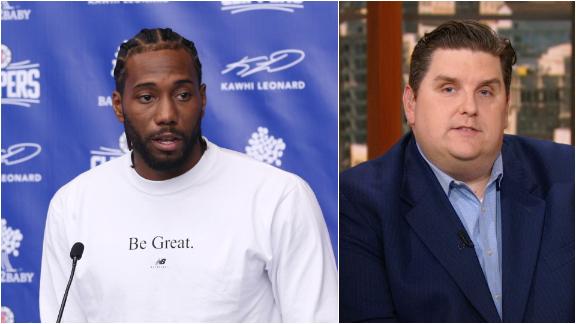