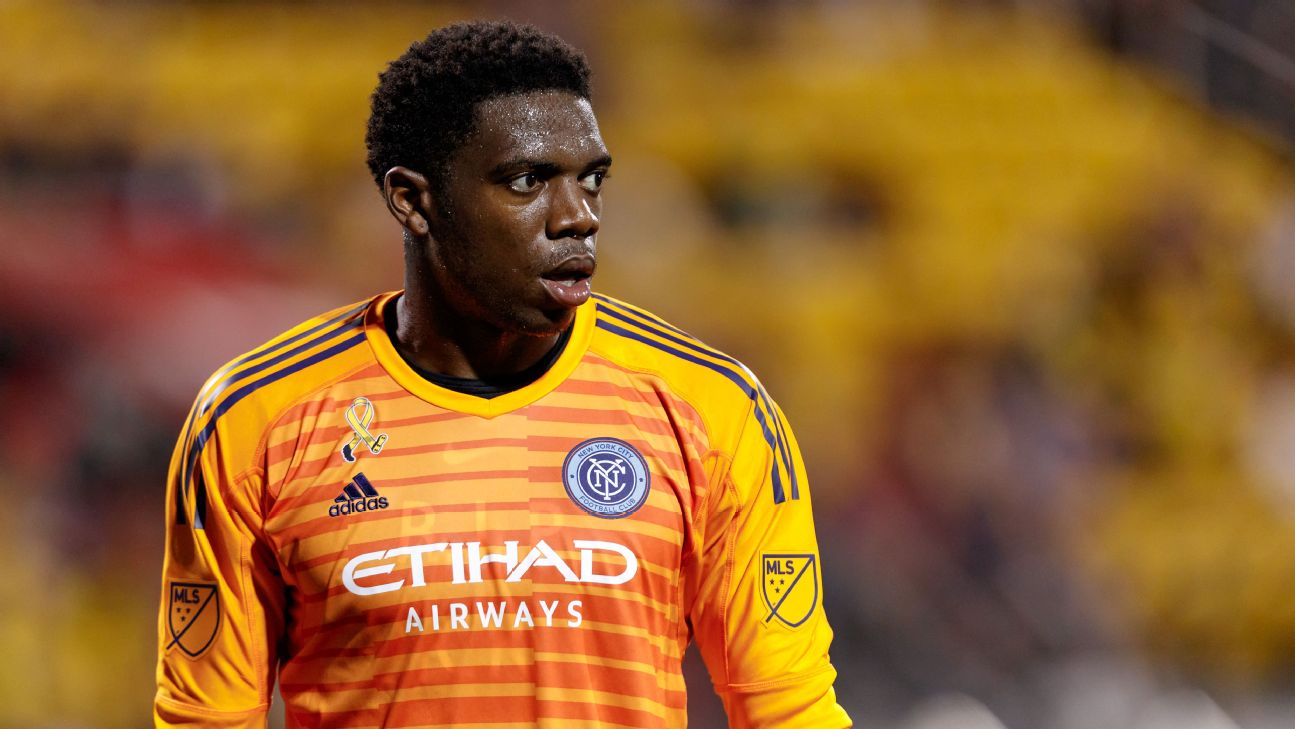 The move was necessitated by the fact that three NYCFC players have tested positive for COVID-19, while a fourth, goalkeeper Sean Johnson, was deemed a close contact and didn't travel to Orlando for the match.

"I'm sad to say I won't be joining the team in Orlando as I was declared a close contact to one of the players who recently tested positive for covid," Johnson said on Twitter. "I have tested negative to this point and hope I continue to do so."

The positive tests also altered NYCFC's travel plans, with the team leaving Tuesday morning. NYCFC trails Tigres 1-0 from the first leg that was held back in March, but the competition was then halted due to the pandemic. The remaining CCL games are being held at a neutral site in Orlando in a bid to finish the competition by the end of the year.


NYCFC manager Ronny Deila told reporters that backup keeper Luis Barraza will take Johnson's place in the starting lineup and that Stajduhar is available in case of an injury.

"Luis has been fighting for now two years to be close to the team and I'm very happy now that he gets a chance," Deila said. "He's talented, young, he's been working really hard and now the time has come and we're looking forward to the game to see how Luis is going to do. I'm very confident he will have a good game."
Report a correction or typo
Related topics:
sportsespnconcacaf champions leaguenew york city fc
Copyright © 2022 ESPN Internet Ventures. All rights reserved.
TOP STORIES
Flight delays ease up amid chaotic 4th of July weekend travel
1 killed, several injured in shooting at mechanic shop in NYC
Ex-boyfriend arraigned in murder of Upper East Side mom
Good Samaritan tries to save man seen jumping in Hudson River
Smoky 4-alarm fire breaks out in New Jersey building
AccuWeather: Less humid
Man shot in the head while riding scooter in the Bronx
Show More
3-year-old boy dies after falling from 29th-floor balcony in Manhattan
Where to watch 2022 Fourth of July fireworks
Macy's 4th of July Fireworks 2022: Everything to know
Jet truck driver killed in air show accident | VIDEO
NYC public school supplies, food, COVID tests found dumped
More TOP STORIES News