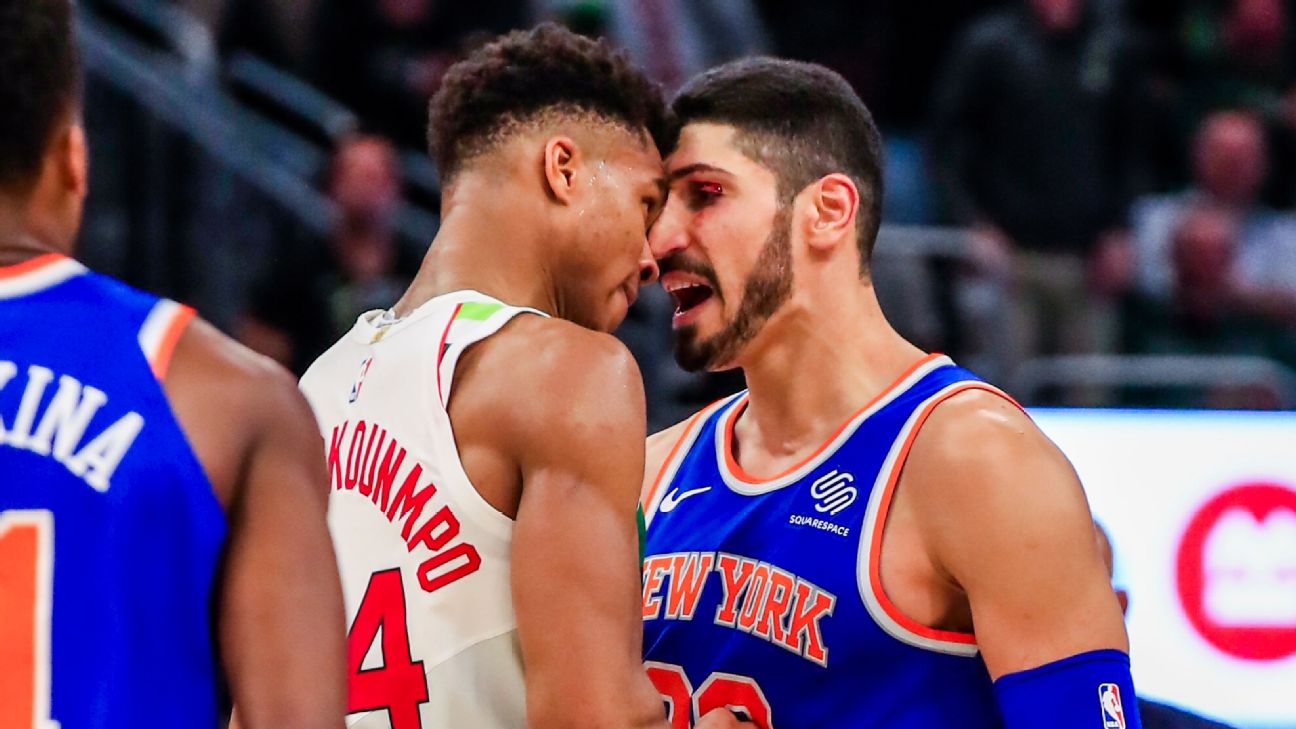 The NBA will not fine Knicks big man Enes Kanter, Milwaukeestar Giannis Antetokounmpo or Bucks assistant coach Darvin Ham in the wake of Thursday's skirmish between Kanter and Antetokounmpo.

After reviewing the incident, the NBA said Ham "acted as a peacemaker" when he shoved Kanter away from Antetokounmpo to separate the two players in the fourth quarter of Milwaukee's win over the Knicks.

Kanter said Friday that he thought Ham should be fined.

"He's not my assistant coach, so he's not allowed to touch me," Kanter said.

The league determined that there was no need to punish any party.

The skirmish between Antetokounmpo and Kanter occurred after Antetokounmpo drove to the basket and was knocked down by Kanter. No foul was called on the play.

Antetokounmpo ran back up the court and went face-to-face with Kanter before the two were separated. After a review, each player was called for a technical foul, and then Kanter was called for a second technical, leading to his ejection with 9 minutes, 56 seconds left.