DJ LeMahieu back with Yanks after recovering from COVID-19 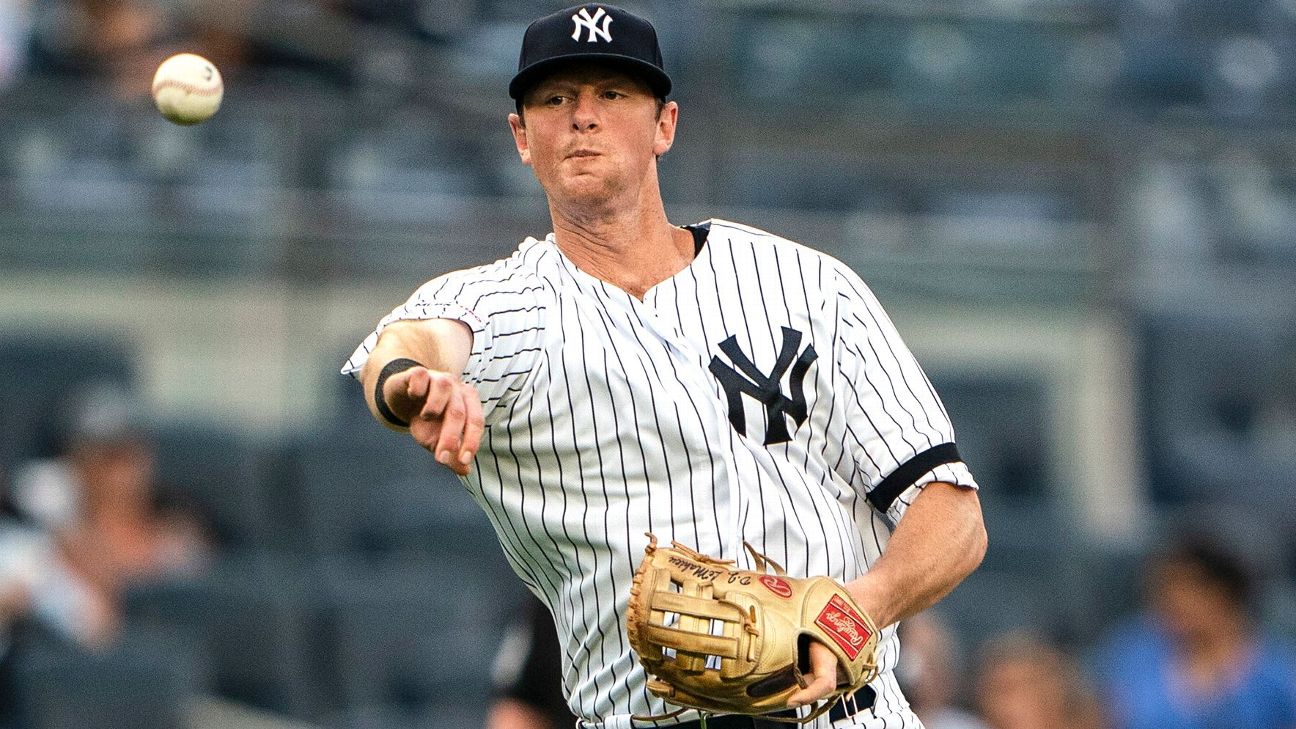 Manager Aaron Boone announced on July 4 that LeMahieu and right-hander Luis Cessa tested positive for the coronavirus before traveling to New York and said they were self-isolating at home.


LeMahieu was not in the lineup for Friday's intraquad game but hit in a batting cage and was to take grounders on the field. Boone wants LeMahieu to build up his legs and said it's not clear whether he will be ready for Thursday night's opener at Washington.

"I don't want to commit one way or the other," he said.


LeMahieu signed with the Yankees before the 2019 season and hit .327. He set career highs with 26 homers and 102 RBI while splitting time among first, second and third. He turned 32 on Monday.