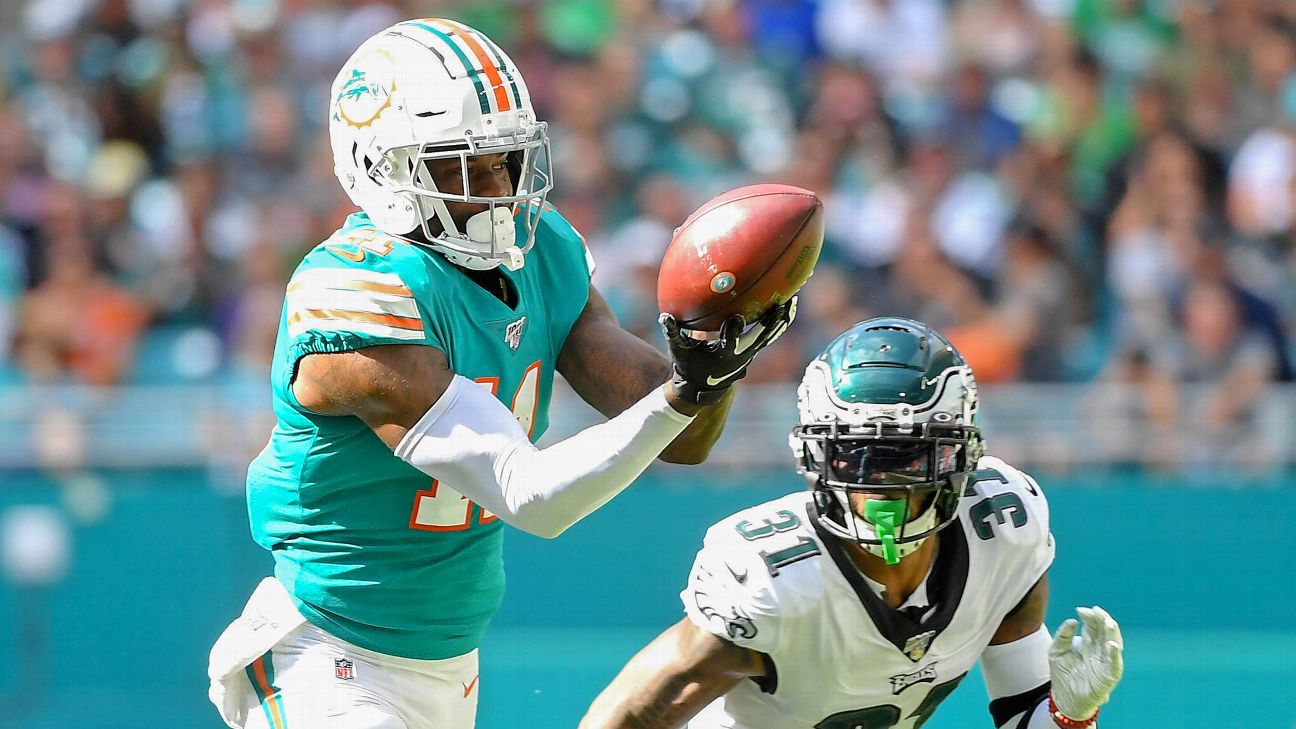 ESPN
By Cameron Wolfe
Miami Dolphins top receiver DeVante Parker has been cleared from the concussion protocol and he's expected to play Sunday vs. the New York Giants.

Parker suffered a concussion in the second quarter of Sunday's 22-21 loss to the New York Jets. He did not return after hitting his head on the ground following a difficult catch along the sideline.

Albert Wilson was cleared from the concussion protocol as well, meaning the Dolphins will have their two starting receivers back Sunday.

Parker's return comes after he agreed to a four-year contract extension on Friday evening that is set to keep him in a Dolphins uniform through 2023. The extension is worth up to $40 million with an $8 million signing bonus and more than $20 million guaranteed, according to a source.

Parker and Wilson practiced throughout the week, donning red noncontact jerseys as limited participants Wednesday and Thursday before being upgraded to working the full session with those restrictions Friday.

The Dolphins' offense has centered around Parker since Preston Williams went on injured reserve in early November.

Parker has a career-high 882 receiving yards and six touchdowns this season, and maybe most importantly he hasn't missed a game yet for the first time in his NFL career.

Wilson has 26 catches for 154 yards and one touchdown in a season that has been slowed by multiple injuries.
Report a correction or typo
Related topics:
sportsespnnewsmiami dolphinsnflalbert wilsondevante parkernew york giants
Copyright © 2020 ESPN Internet Ventures. All rights reserved.
More Videos
From CNN Newsource affiliates
TOP STORIES