Decker refuted a newspaper report that said he skipped last week's practice as a show of solidarity for the unsigned Fitzpatrick, whose standoff with the team has dominated the team's offseason headlines.

"That's not the reason I wasn't here," Decker told a crowd of reporters at his locker. "I told coach where I was and what I was doing. I was with my family."

Marshall said he spent the week at his home in Florida, working out. He refused to confirm or deny his no-show was related to the Fitzpatrick situation.

"You guys know how I feel about Ryan," Marshall said. "I've said it over and over again, all offseason. There's a thin line between supporting your teammate and being detrimental to the team. ... At this point, it's time for all of us to move forward and try to figure out how we can win some games."

Pressed to give a definitive answer, Marshall gave the same response, almost verbatim.

Clearly, the Jets wanted to convey a united front as they continue to navigate a difficult negotiation with Fitzpatrick, who has been sitting on a three-year, $24 million offer from the team.

Coach Todd Bowles said he doesn't believe his two top receivers stayed away last week as a form of protest. Bowles said each player informed him ahead of time they wouldn't attend the workouts, which are voluntary.

"The reasons they told me, they had valid reasons," Bowles said. "So they were fine."

He wouldn't disclose the reasons they gave. Still, it struck some as curious that two of Fitzpatrick's most vocal supporters decided to skip practices at the same time.

The dual no-show changed the tenor of the negotiations. Suddenly, the specifics of the Jets' contract proposal, which includes $12 million in the first year, started to leak to the media, irking Fitzpatrick's camp.

Decker, not accustomed to being in the glare of controversy, seemed uncomfortable as he answered questions from reporters. "I was spending time with my family," he said, alluding to his out-of-town vacation. "That's an important aspect to me. Like I said, it's voluntary and I'm here now, trying to get better and be a good teammate."

Some tried to interpret last week's no-show as a slight toward Geno Smith, the current starter. Decker insisted that isn't the case.

"I think Geno understands that's what it was about," he said, alluding to his family vacation. "He knows how I feel about him."

Both Decker and Marshall continued to express hope that Fitzpatrick will return at some point, but they were noticeably more guarded in their comments.

Asked if he's optimistic, Marshall said, "It's not my job to say. We'll see how it plays out."

Decker, Marshall reinforce support for Fitzpatrick
Eric Decker and Brandon Marshall speak to reporters for the first time since skipping OTAs last week and comment on the team's negotiations with quarterback Ryan Fitzpatrick. 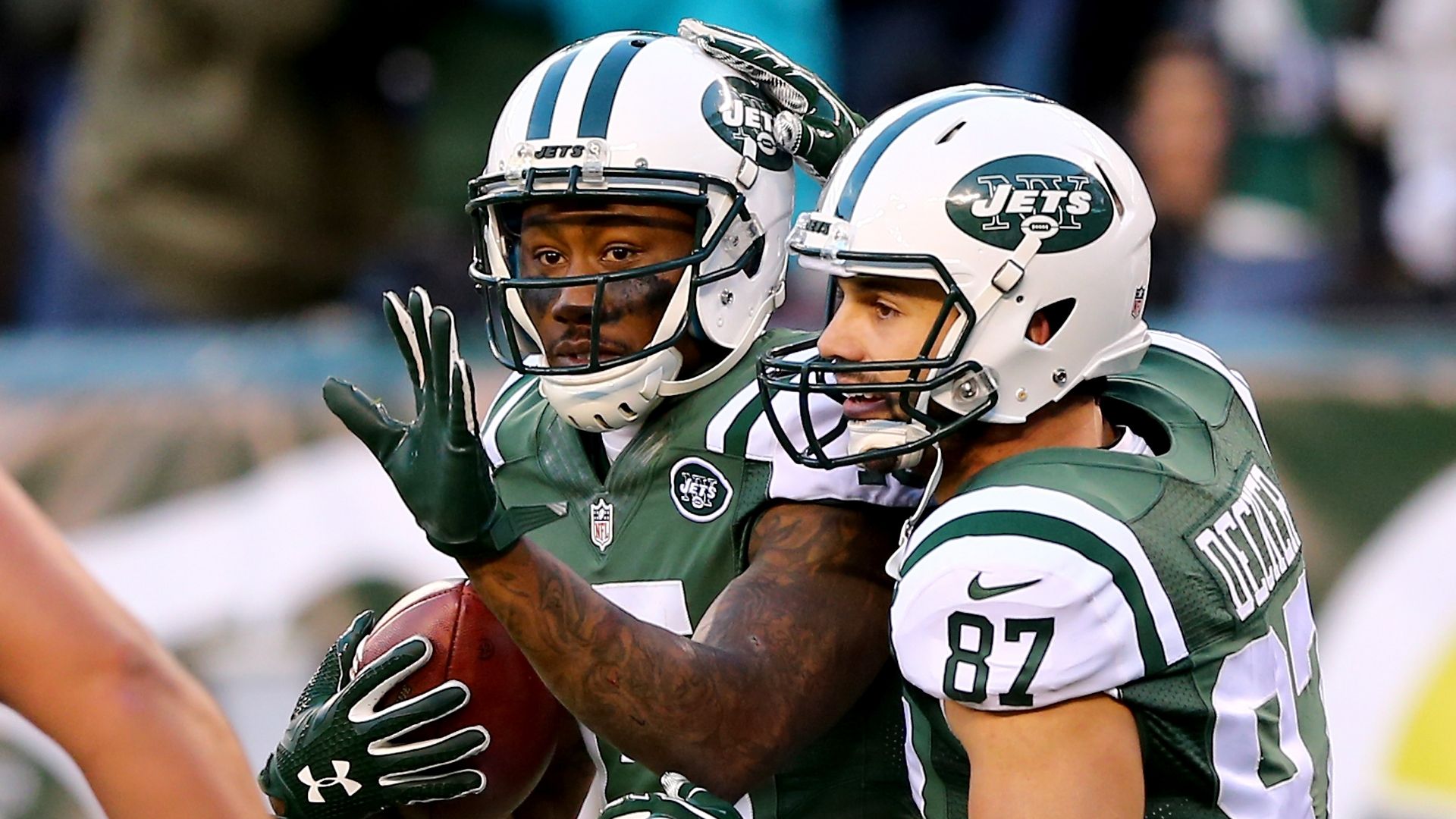