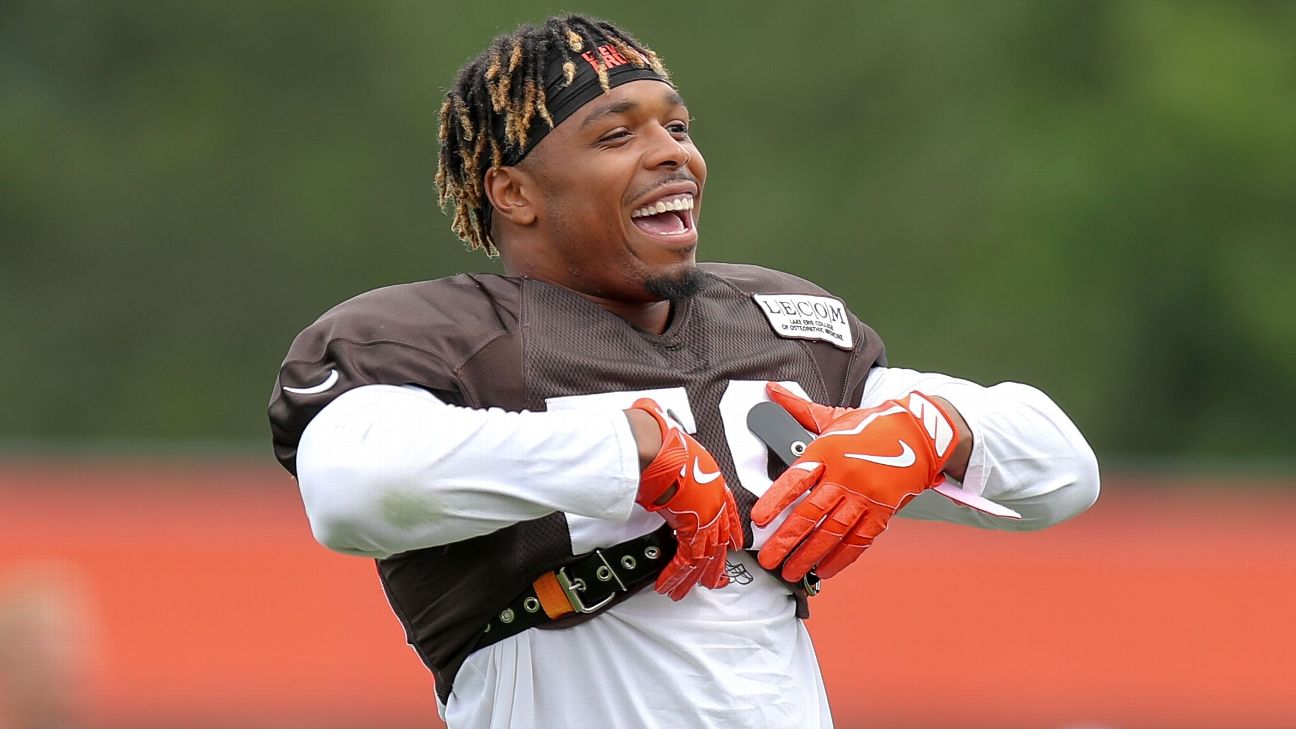 Former Cleveland Browns linebacker Christian Kirksey has agreed to a two-year, $16 million deal with the Green Bay Packers, according to his agency, Sportstars.

For Wagner, that's far less than what long-time starter Bryan Bulaga is expected to receive in free agency. And Wagner's deal likely means that Bulaga, a starter in Green Bay since 2010, will move on.

Wagner, 30, started 40 games for the Lions after signing a five-year, $47.5 million deal with $29.5 million guaranteed. Wagner was initially a fifth-round pick by Baltimore, where he spent the first four years of his career. He was due to make $9 million in 2020 and had a charge of $11.9 million against the salary cap before the Lions released him, a move that saved them $6.1 million in cap space.

The Browns tried to renegotiate Kirksey's contract but released him last week after the sides couldn't come to an agreement, a source told ESPN. He was due to make $7.75 million in base salary this season, and $8.25 million in 2021. Releasing him meant roughly $6.58 million in cap savings for the Browns this offseason.

He was a five-year starter for Cleveland going into last season, compiling 484 career tackles, 11.5 sacks and 2 interceptions in six seasons.

The Packers were looking for an upgrade over four-year starter Blake Martinez, who also is scheduled to become a free agent. While Martinez led them in tackles, he didn't make the game-changing plays the Packers were looking for. Kirskey also has history with Packers defensive coordinator Mike Pettine, who was the Browns head coach when they picked Kirskey in the third round of the 2014 draft.

Kirksey, 27, wrote in a tweet that he would be "forever grateful" for his time with the Browns.