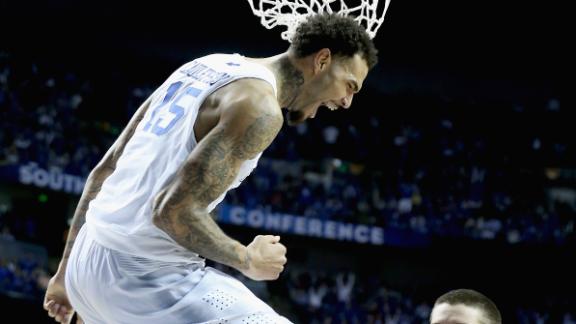 INDIANAPOLIS -- NCAA officials said Sunday that the men's basketball selection committee may revisit the principle of locking in the last four at-large teams into the First Four in Dayton after a possible UConn win Sunday would have sent the Huskies into the general at-large field, even though they would have been the last team on the bracket.

UConn would have been an automatic qualifier with a win over SMU in the American Athletic Conference tournament and thus would have avoided the First Four in Dayton. The Huskies ended up losing62-54.

NCAA tournament selection committee chair Scott Barnes, who is also the Utah State athletic director, said Dayton would have dropped from the field if UConn had won.

Dayton would have also avoided the First Four at home if the Flyers had beaten VCU in the A-10 tournament title game Sunday because automatic qualifiers can't be in Dayton outside of the 16 seeds.

NCAA vice president Dan Gavitt, who is in charge of the men's basketball tournament, said there were four scenarios for the First Four based on the A-10 and AAC title games Sunday.

Gavitt said there was one scenario that had UCLA and Texas playing in the First Four in Dayton.

The NCAA officials added that had Dayton become an automatic qualifier and moved into the general at-large field (and UConn lost, as was the case), UCLA would have been in the First Four.

Instead, the Bruins were 11-seeds against No. 6 SMU in Louisville, Kentucky. Barnes cited the "eye test" for UCLA as to why it made the field. The Bruins last beat a team from the field on Feb. 14 (Oregon) and was 4-3 after that point.

Barnes said there was lengthy discussion about the top of the bracket, as well. He said Wisconsin earned a No. 1 seed after beating Purdue on Saturday in the Big Ten tournament semifinals, making the outcome of an overtime win against Michigan State in Sunday's final moot.

Barnes said the committee spent considerable time debating Kansas and Gonzaga as the last No. 2 seed to be placed in Kentucky's Midwest bracket. Ultimately, the committee leaned in favor of Gonzaga, placing the Zags as the No. 2 in the South with Duke, and Kansas as the No. 2 with top-rated Kentucky.

Barnes also said the committee was aware of the suspension of St. John's center Chris Obekpa on Saturday night before the Red Storm made the announcement Sunday. Red Storm coach Steve Lavin told ESPN that he didn't think it was "ethically right" to withhold the suspension from the committee and the public. But Barnes said the Red Storm moved marginally because of the news (one line, and that means they may have moved from just an 8 to a 9).

The four teams that were left out of the NCAA tournament, in order, were Temple, Colorado State, Old Dominion and Richmond -- the four No. 1 seeds in the NIT. NIT acting director Reggie Minton said the committee was given the four No. 1 seeds, per the principles. This would mean that the No. 2 seeds in the NIT -- Miami (Fla.), Tulsa, Texas A&M and Stanford -- weren't as close as originally projected.

NCAA officials also said Notre Dame moved ahead of Maryland on the seed line -- a No. 4 to a No. 3 -- because of the Irish's two wins over Duke compared to the Terrapins' rsum. Notre Dame beat North Carolina for the ACC tournament title Saturday.

Sunday's selections and bracketing took on a new twist with all five championship games affecting the bracket. NCAA officials said seeding would have changed at least a line for Michigan State and Arkansas with wins in the Big Ten and SEC finals, respectively.

Even the Sun Belt final could have caused an adjustment. Georgia State, which received a No. 14, got a higher seed than it would have had Georgia Southern won the title.

Meanwhile, the one major snub in the NIT was Yale. Minton said the Bulldogs were discussed at length but didn't make the cut after losing at Dartmouth in the regular-season finale and to Harvard in the one-game playoff Saturday in Philadelphia. The Bulldogs had defeated the Crimson a week ago to earn a share of the Ivy regular-season title.

Bracket TV: Midwest Region Preview
Jeff Goodman and Eamonn Brennan preview the Midwest Region of the NCAA tournament, including possible upsets, a player to watch and whether anyone can stop Kentucky.

Vitale Breaks Down East Region
Dick Vitale breaks down the East Region of the 2015 men's NCAA tournament and who he thinks is the biggest threat to No. 1 overall seed Kentucky.

Bracket TV: East Region Preview
Jeff Goodman and Eamonn Brennan preview the East Region of the NCAA tournament, including possible upsets, a player to watch and the state of No. 1 seed Villanova. 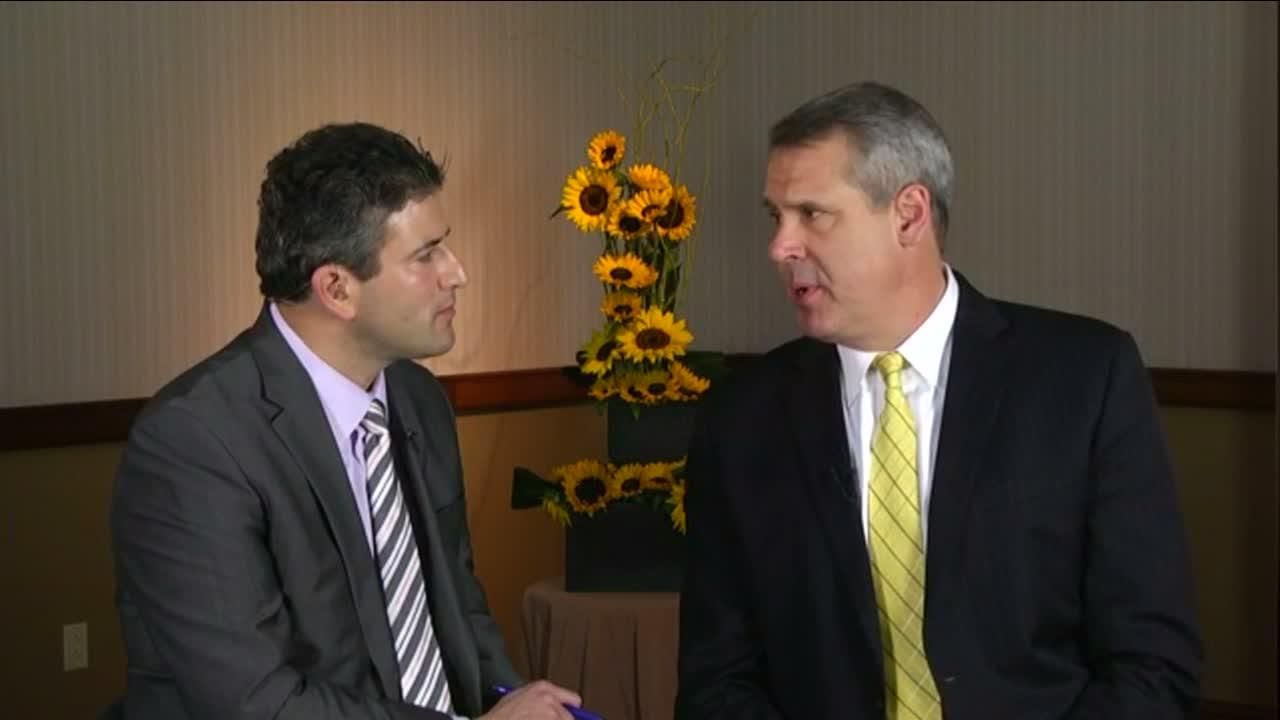 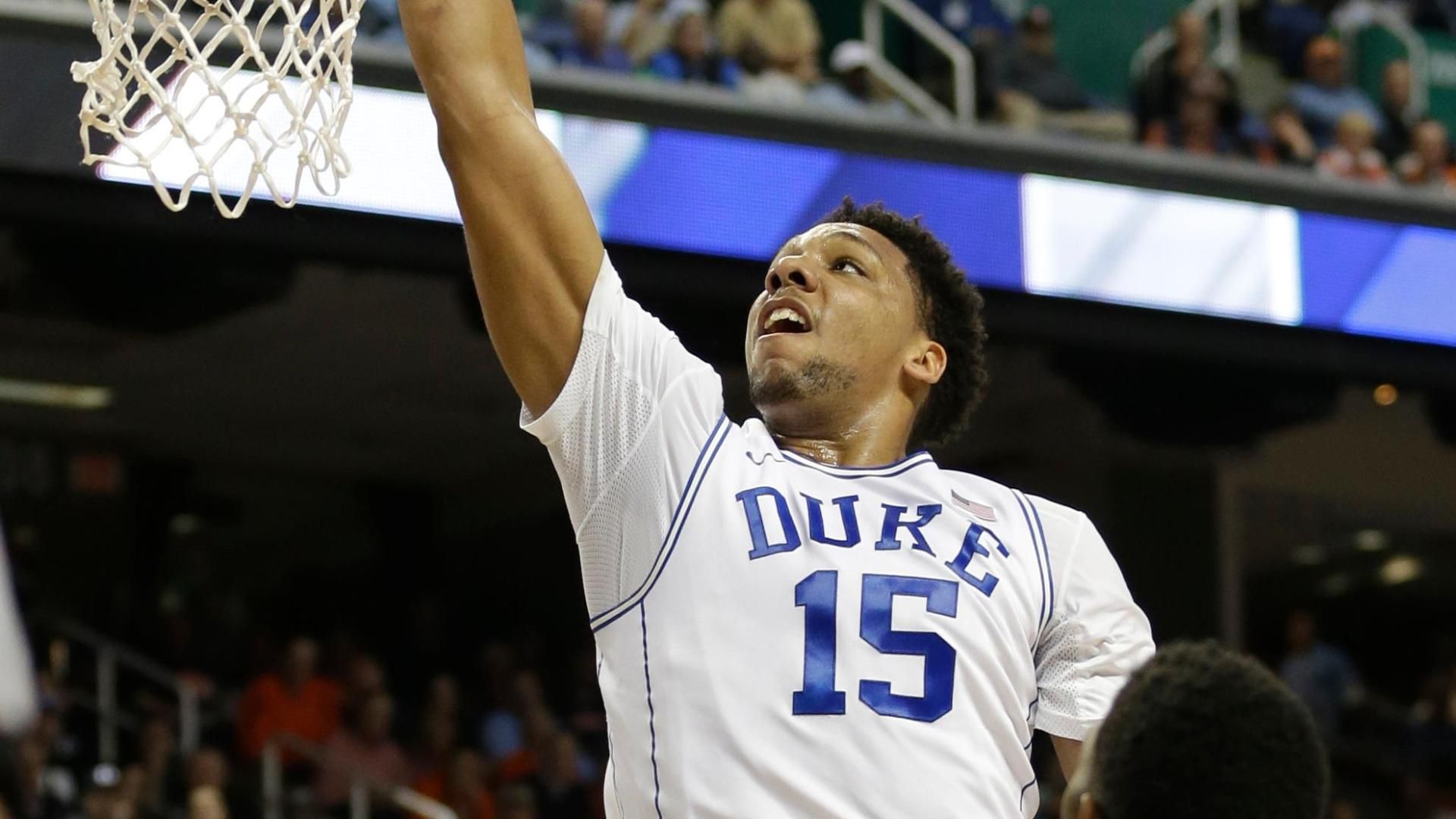 Duke No. 1 Seed In South Region
Rece Davis reveals the South Region of the NCAA tournament.