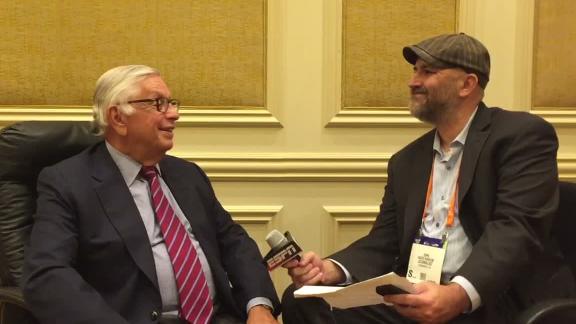 Former NBA commissioner David Stern, a longtime ardent opponent of sports betting legalization, said Thursday that his position has evolved to a point where he now hopes to see legal sports betting expand in the United States.

Stern, speaking to a crowd at the American Gaming Association's Global Gaming Expo on Thursday in Las Vegas, said the notion that gambling will lead to bad things is "outdated."

"Let's not talk about the 'evils' of gambling when it comes to sports," Stern said. "The industry has come to accept that a properly run gaming association will be protective of sports."

Stern now supports amending the Professional and Amateur Sports Protection Act of 1992 (PASPA), the federal prohibition on state-sponsored sports betting, which was pushed heavily by the sports leagues, including the NBA. PASPA has stopped the spread of state-sponsored gambling, limiting it primarily to Nevada and, to a lesser extent, Delaware. But Americans are having little trouble finding ways to bet on sports in the U.S.

The American Gaming Association estimates $90 billion will be bet on football this season, almost all of it illegally. In comparison, only $1.69 billion was bet on football in 2015 at Nevada's regulated sportsbooks.

"You wind up with a proposition that says there is this legal gaming, but there's also an enormous amount that is wagered," Stern told ESPN on Thursday in Las Vegas. "That amount is not regulated, not taxed, and the profits go to unsavory causes, and that's a good thing to take a look at."

Stern's message echoes that of his successor -- current NBA commissioner Adam Silver. Both feel strongly that a federal approach to sports betting would be best, with Congress creating a regulatory framework and allowing states and sports leagues to either opt in or opt out.

Supporting the legalization of sports betting represents a dramatic shift for Stern, who had to guide the NBA through a gambling scandal of its own. In 2007, referee Tim Donaghy was found to have supplied information to gamblers while also betting on games he officiated.

Stern said the NBA studied betting line movement and Donaghy's call structure closely, but nearly 10 years later, he still isn't sure if a larger regulated sports betting market in the U.S. would have produced warning signs of the referee's betting activity. An FBI wiretap for an unrelated case ultimately identified the scheme.

"We looked at it pretty closely, both after the fact and during the investigations," Stern said. "We were bedeviled trying to come up with a statistically significant analysis. But you never know."

More recently, Stern also fought New Jersey's efforts to legalize sports betting and expressed serious concerns about how expanded legalization would "irreparably harm" the NBA and its relationship with its fans.

"The NBA cannot be compensated in damages for the harm that sports gambling poses to the fundamental bonds of loyalty and devotion between fans and teams," Stern wrote in an Aug. 8, 2012, declaration in the New Jersey case. "Once that special relationship has been compromised, the NBA will have been irreparably injured in a manner that cannot adequately be calculated in dollars."

Stern said that the popularity of daily fantasy sports has helped alleviate some of his concerns about fans having a stake in player performance or game outcomes.

"Whatever barrier perhaps existed is gone," Stern said, "So, to me, if they're going to be doing daily fantasy, you might as well legalize gambling."

To get sports betting legalized, Stern believes more stakeholders need to join forces, including more sports leagues. Silver wrote a 2014 op-ed in The New York Times, calling for the federal prohibition on sports betting to be lifted. The NFL, NHL and Major League Baseball, while showing signs of a softening stance on sports betting, have not followed Silver's lead in coming out in full support.

"One or two leagues would be fine," Stern said. "The others could sit back and watch the results. That's not upsetting to me. The coming together is really more about getting law enforcement, technology companies and casino companies together with the sports leagues. That's a tough task."

Stern said the process of a getting sports betting legalized could take as long as a decade, but he hopes sooner.

"My heart says it should be one to three [years]," Stern told ESPN. "My head says it's between five and 10." 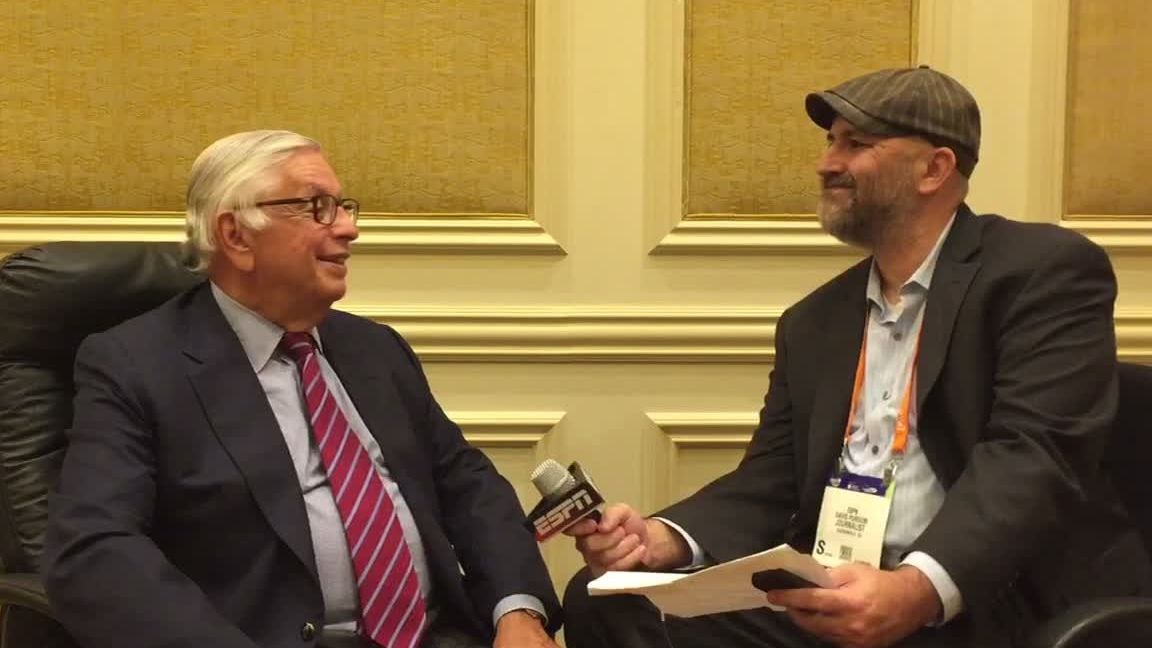