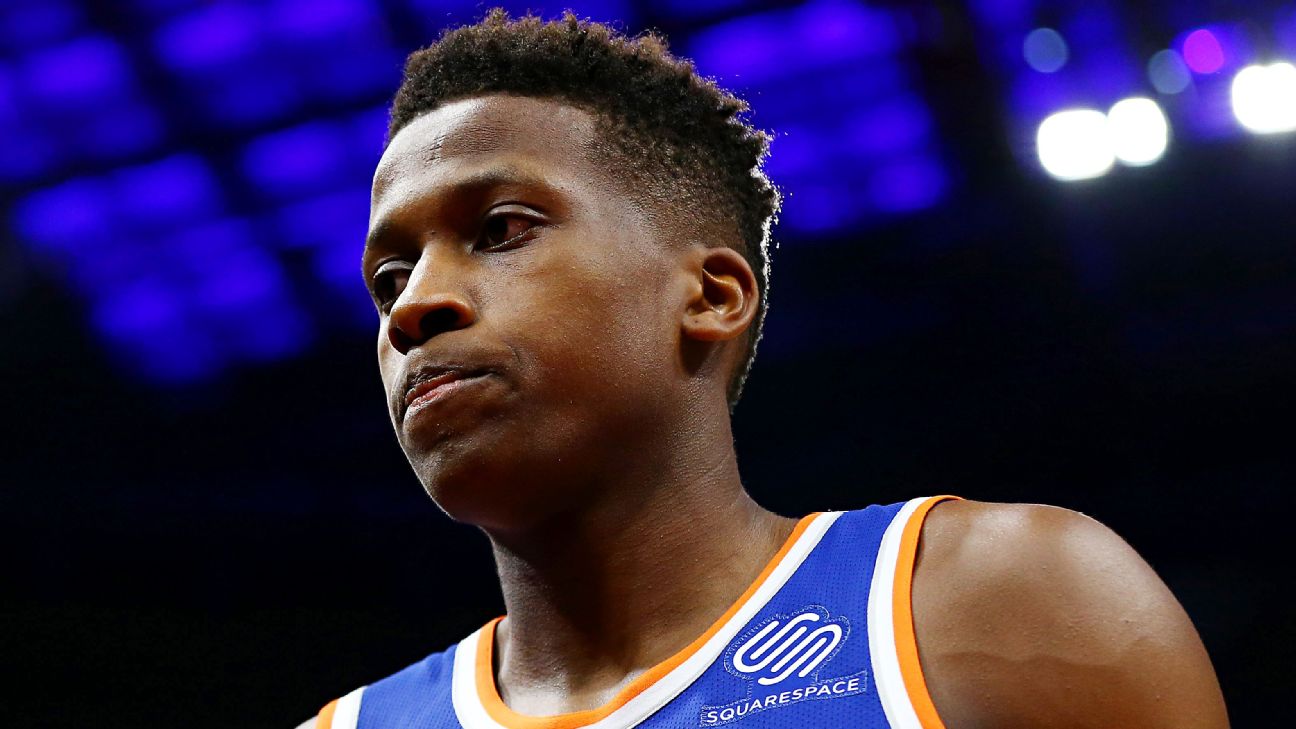 ESPN
By Ian Begley
NEW YORK -- Knicks coach David Fizdale shook up his lineup on Friday night, giving Frank Ntilikina a start at point guard for the first time in his career.

Ntilikina scored 17 points and added a rebound, two assists and a steal to go with three turnovers in a 128-100 loss to the Golden State Warriors.

Fizdale said he was pleased with how the Knicks' starters played against Golden State, but he felt his team grew complacent in the fourth quarter.

"I just saw that look of, 'All right, we've done enough tonight. We played hard enough,'" Fizdale said. "I just got to get these guys to understand how to play 48 minutes. Right now we're playing college ball. Forty. We have 3 really good quarters, and with a champion, that's not enough."

Lance Thomas and Enes Kanter had started the Knicks' first five games. Kanter was subdued when answering questions about coming off the bench following the game.

Fizdale has said that he may change the lineup regularly early in the season to evaluate different player combinations. The first-year Knicks coach said that one of his goals in changing Friday's lineup was to see Ntilikina at point guard. Ntilikina, whom the Knicks drafted with the eighth overall pick in 2017, played lead guard overseas before coming to the NBA.

"He made us go. He picked his spots. He didn't pass up much," Fizdale said. "I really thought he got after it defensively. He competed hard. The guy he is competing against (Stephen Curry) is one of those special talents, once-in-a-lifetime talent."