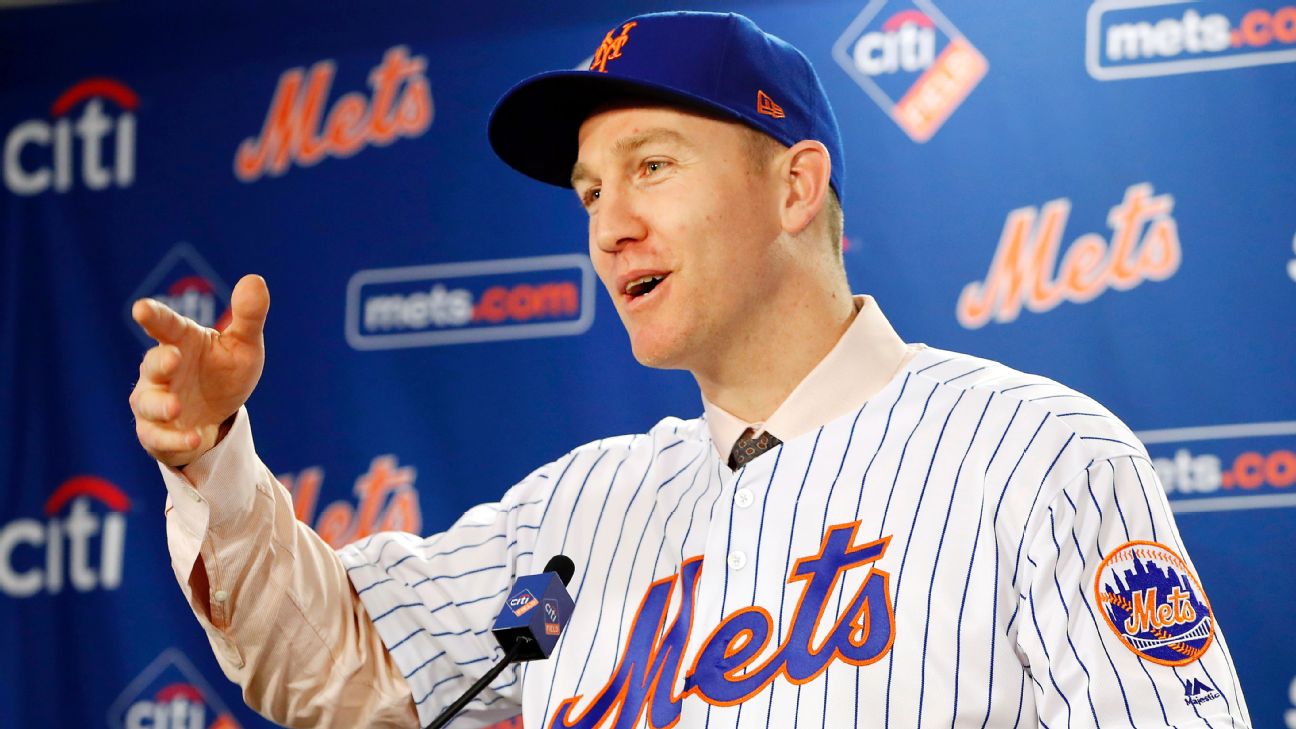 NEW YORK --The New York Mets'third baseman,Todd Frazier, is asking for a meeting with baseball commissioner Rob Manfred over his growing frustration with the way umpires are calling balls and strikes.

Frazier argued with home plate umpire Lance Barrett while New York was three-hit in a 7-0 loss toAtlantaon Wednesday night, then criticized umpiring around the majors after the game.

"I'd like to sit down with Manfred or anybody at MLB and talk to them about it, because it's rubbing everybody the wrong way," Frazier said. "You have to be better than that."

Frazier said "everybody" included hitters around the league, not just in New York.

Major League Baseball said Thursday that it had no comment on Frazier's remarks.

The two-time All-Star and eight-year veteran claims umpires have done a worse job this season calling balls and strikes, and he has already had one private meeting with an umpire to discuss the strike zone. Frazier declined to name the umpire, saying only that he met with one in San Diego on Sunday. Mark Ripperger, Marty Foster and Doug Eddings worked behind the plate during New York's series against the Padres.

Frazier said the umpire who met with him blew five calls during Frazier's plate appearances during one game. Frazier said the postgame report provided to Mets players had that umpire missing 14 pitches total.

"I respect him for doing that," Frazier said of the umpire who met with him. "But at the same time, when you look back and see this kind of stuff where they're blatantly not strikes, I just can't sit back and let it go anymore. Something has to be said."

Frazier's frustrations boiled over Wednesday while the Braves were shut down by starter Sean Newcomb.