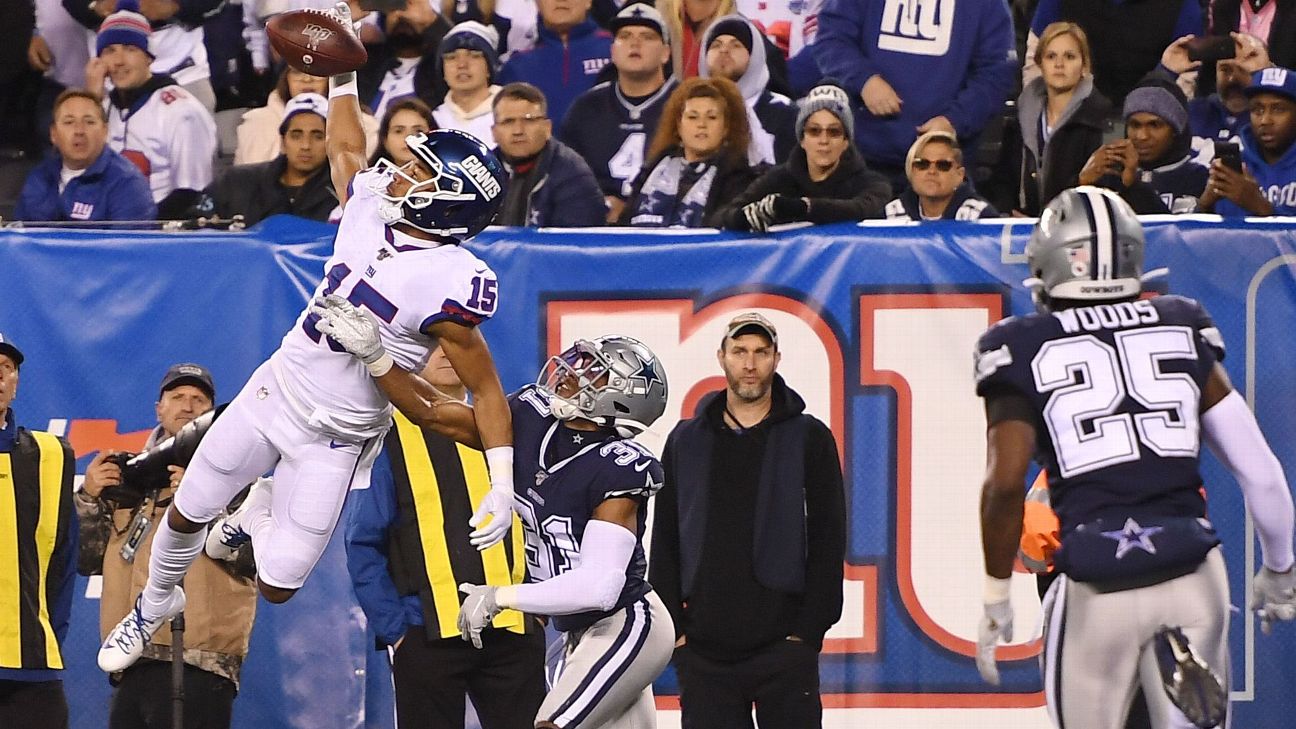 Tate, who is second on the Giants with four receiving touchdowns, missed last week's loss to the Green Bay Packers. He is set to play his first game with quarterback Eli Manning after missing the first four weeks of the season for violating the league's policy on performance-enhancing substances.

Manning is expected to return to the starting lineup for the first time since Week 2 in place of an injured Daniel Jones, who has a high ankle sprain.

Manning should have a full complement of weapons at his disposal. Tight end Evan Engram is also expected to return after missing three games with a foot injury.

It would mark the first time this season that all the Giants' pass-catching weapons (Tate, Engram, running back Saquon Barkley and wide receiver Sterling Shepard) are on the field together. The Giants (2-10) are trying to snap an eight-game skid.

Tate returns just in time to face his former team. He was traded from the Detroit Lions to the Philadelphia Eagles midway through last season. He signed with the Giants this offseason as a free agent after catching the game-winning touchdown in a playoff win for the Eagles earlier this year.

The veteran receiver has been productive in his seven games with the Giants. Tate has 36 catches for 450 yards and four touchdowns.

But he was injured late in a loss to the Chicago Bears. He was diagnosed with a concussion the day after that game, in which he took several big hits. The Giants say the concussion occurred when his head slammed into the ground while making a touchdown grab late in the fourth quarter. He remained in the game for the final drive.

Engram leads the Giants with 44 receptions. He also has 467 yards and three touchdown grabs in eight games.

But Engram hasn't played since hurting his foot late in a Week 9 loss to the Dallas Cowboys. He recently said it was a two-to-four week injury.

Engram has missed three games and had the bye week to recover. He's been a limited participant in practice this week, but told ESPN he's done way more than the past few weeks.