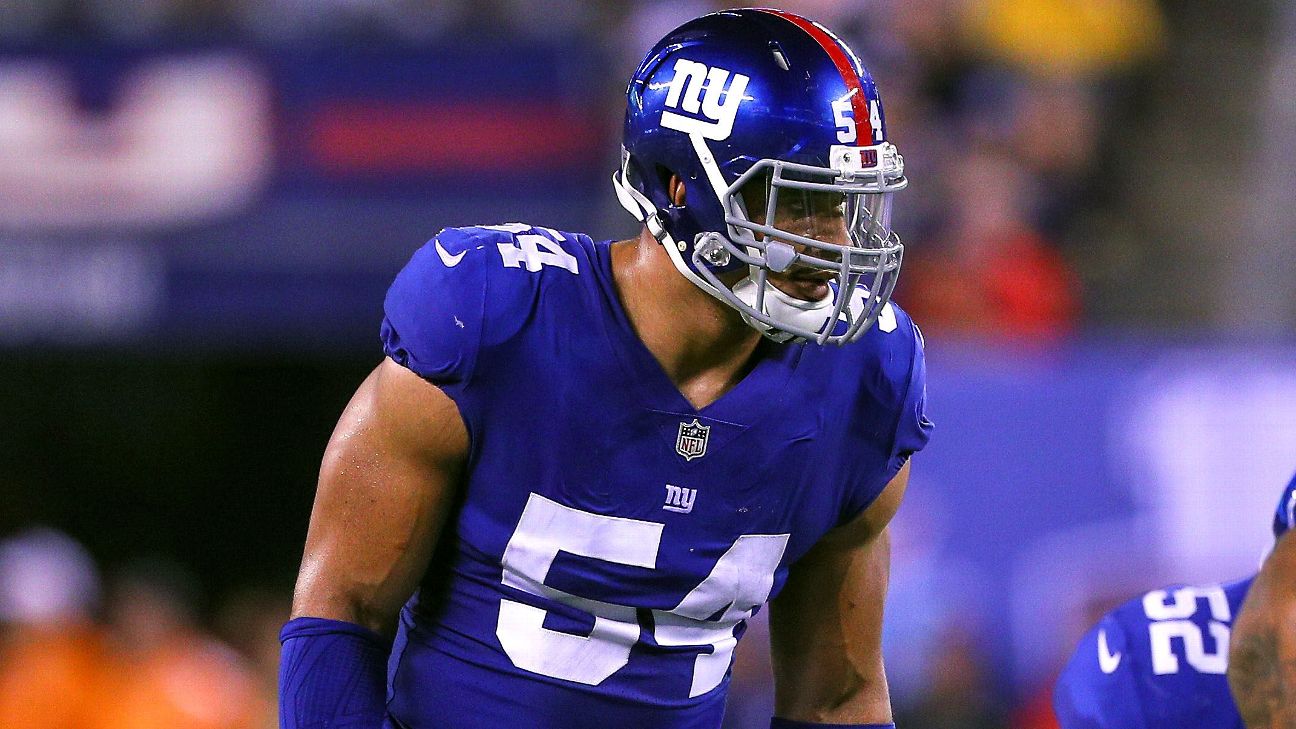 EAST RUTHERFORD, N.J. -- On a day when rookie running back Saquon Barkley returned as a full participant to practice, the New York Giants watched as outside linebacker Olivier Vernon was carted off the field with an ankle injury.

Vernon was hurt when he went inside a block and had his foot tangle with an offensive lineman. He suffered a high ankle sprain, sources told ESPN's Dianna Russini. The Giants and Vernon obviously want him to play in the regular-season opener in two weeks, but this is a wait-and-see type of injury, sources said.

Vernon left the field with his cleat off and sitting in the passenger seat of the cart. Vernon did not appear to be in serious pain and said he didn't think it was anything serious as he came off the field. X-rays came back negative, a source told ESPN's Josina Anderson.

It was still a sight the Giants didn't want to see.

"Yeah, you don't want anybody getting hurt," coach Pat Shurmur said. "You want guys to be able to practice and stay healthy."

Those that are injured have two weeks to get healthy for the season opener against the Jacksonville Jaguars. Barkley appears on pace to play and tight end Evan Engram made progress Sunday as he recovers from a concussion.

Engram was at practice and did some light running on the side field with a trainer. He also played catch just two days after he walked off woozy following being sandwiched by a pair of New York Jets defenders.

"Yeah, very encouraging," Shurmur said of his second-year tight end. "As we know, he's in the [concussion] protocol, so I don't have much to add. He's working his way through."

Vernon may be the biggest concern because the Giants can't afford to be without their top pass rusher. Vernon and recently signed Connor Barwin (who has been sidelined for several weeks with knee soreness) are the only two players on the roster who have ever topped 3.0 sacks in an NFL season.

Vernon had 6.5 sacks in an injury-filled season last year, but he has looked dominant this summer. He has flashed regularly during training camp and throughout the preseason.

Barkley hasn't played much in the preseason (six snaps) and had only been a limited participant in practice late last week since tweaking his hamstring on Aug. 13. The injury kept him out of preseason games against both the Detroit Lions and Jets.

Sunday was a step in the right direction. Barkley took part in team drills and looked explosive with his cuts and spins. The rookie running back is confident that barring a setback he should be ready for the opener on Sept. 9 against the Jacksonville Jaguars.