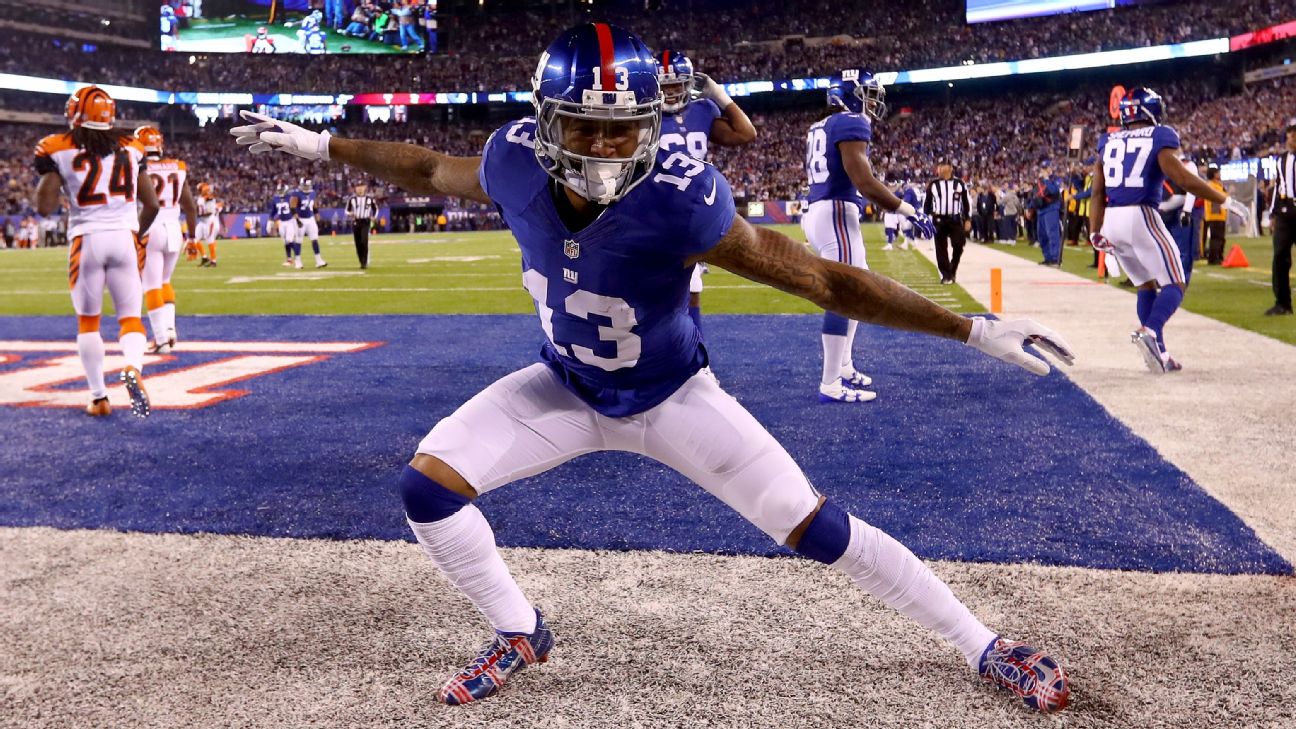 EAST RUTHERFORD, N.J. -- The New York Giants haven't yet started negotiations with wide receiverOdell Beckham Jr.on a new contract, but co-owner John Mara insists the time for that is near.

Beckham wants a new contract. He is set to play on the fifth-year option of his rookie deal this season for $8.5 million, well below the market value for a wide receiver of his ilk. He is a three-time Pro Bowl receiver and one of the league's top playmakers. The Giants stumbled to a 3-13 season last year with him sidelined by a broken ankle suffered in October.

"I anticipate that we'll be speaking with his agents sooner rather than later," Mara said. "I'm not going to give you an exact timetable on that or give daily or weekly updates on that. But I think those will start pretty soon, and hopefully we will come to an agreement."

Beckham reported for the start of training camp Monday, even without the Giants having shown any desire to get a new deal done this spring or early this summer. He also attended the start of OTAs and minicamp this spring.

This hasn't been lost on the Giants' brass after they discussed trading him in the offseason. Beckham elected to report to training camp while some others in his situation, such as Oakland's Khalil Mack and the Rams' Aaron Donald, have dug their heels into the ground and held out in hopes of a megadeal. The 2014 draft class is at a crossroads.

"It certainly had an effect on our desire to start negotiating," Mara said. "[Beckham's] had the right attitude all along and we expect him to have a great season."

Mara wouldn't say where he stood on whether Beckham is medically ready to participate in full-contact drills or preseason games. He deferred to coach Pat Shurmur and Beckham on that topic. Shurmur has said Beckham is "ready to go" but the Giants would be smart with him this summer coming off a serious injury.

Beckham didn't participate in any live drills this spring, even though he was cleared for minicamp. There was clearly a desire to make sure he was progressing physically and personally before entering any negotiations.

The Giants have a history of getting deals done with star players right before the start of the season. Extensions for Eli Manning and Plaxico Burress were finalized days or weeks before Week 1.

This could be the case again considering it's late July and they have not yet started negotiating. Beckham expressed a desire to be the NFL's highest-paid player last summer. While that might be unrealistic, he does want his next deal to make him the top-paid wide receiver.

It could take time for the two sides to find a happy medium. They're beginning rather late in the process with training camp having already commenced.

The Giants open their season Sept. 9 at home against the Jacksonville Jaguars. They're hoping Beckham is there for that and beyond with a new contract.

"We obviously want him to be a Giant for a long time," Mara said, "and we hope to be able to come to some agreement."