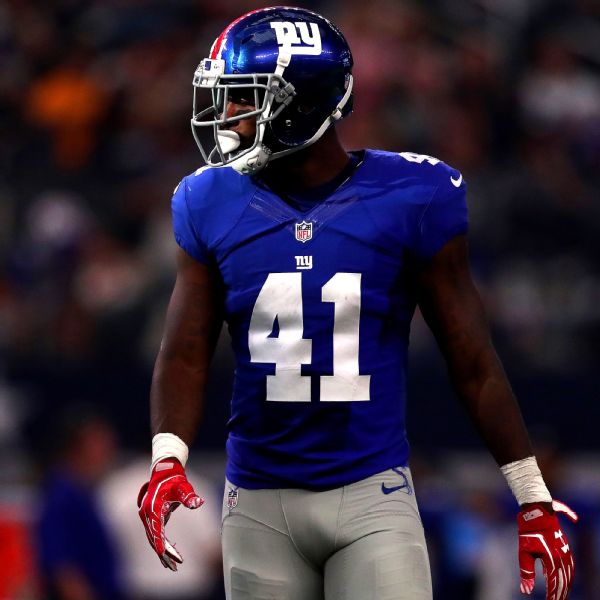 New York Giants cornerback Dominique Rodgers-Cromartie has been reinstated by the team after being suspended last week for a violation of team rules.

The Pro Bowl cornerback met with Giants coach Ben McAdoo early Tuesday. He is expected to be on the field Wednesday when his teammates return to practice.

Rodgers-Cromartie was told Oct. 10 he would be benched against the Broncos because of his actions in preceding days. He had left a recovery session early Oct. 6, then thrown his helmet and walked off the field in a loss to the Los Angeles Chargers.

Rodgers-Cromartie later walked out of a meeting Wednesday, which prompted an indefinite suspension from the Giants. He was placed on a reserve/suspended list.

To create room on the roster, the Giants waived injured cornerback Michael Hunter, who suffered a hamstring injury against the Broncos.