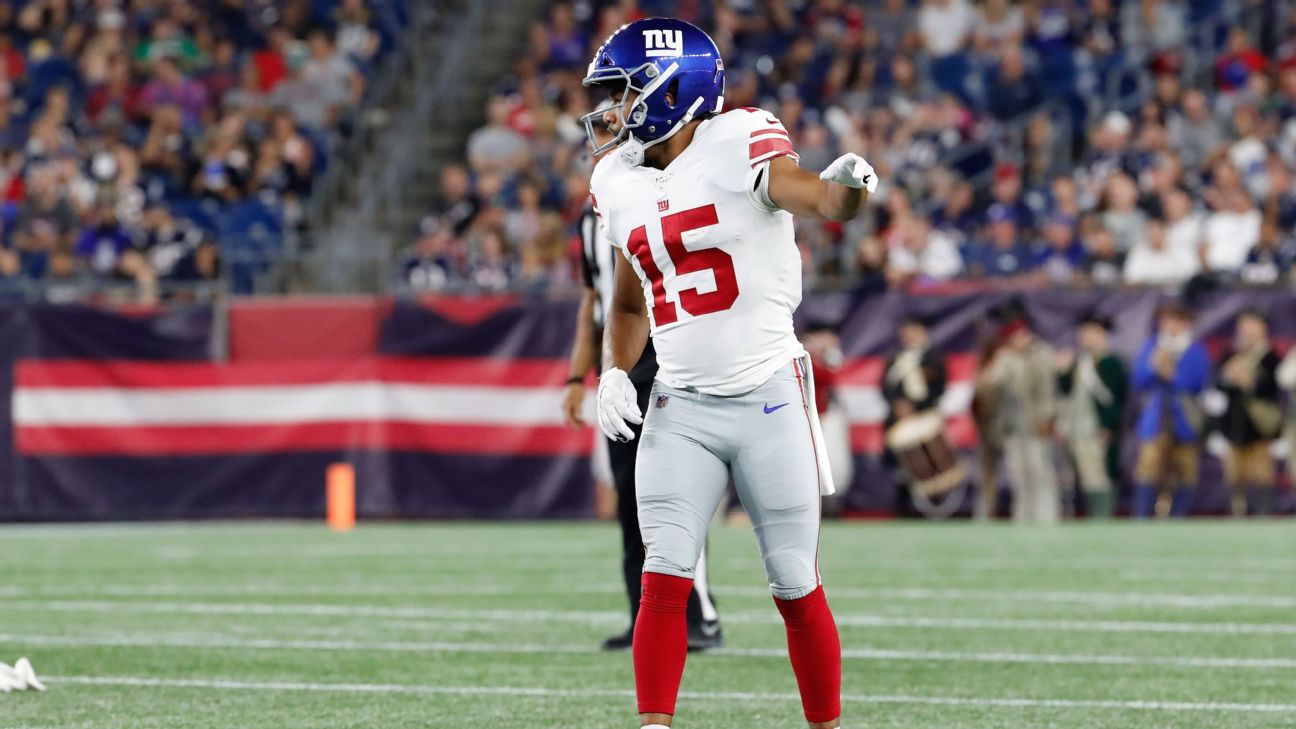 EAST RUTHERFORD, N.J. -- The New York Giants are going to be short-handed on Sunday, with two of their top weapons -- including wide receiver Golden Tate-- being ruled out against the Green Bay Packers.

Tate was diagnosed retroactively with a concussion after last Sunday's loss in Chicago. He did not practice this week.

Neither did tight end Evan Engram, who will miss his third straight game with a foot injury.

It's another week that rookie quarterback Daniel Jones will be without a full complement of weapons. The Giants have not played a game yet this year with Tate, Engram, star running back Saquon Barkley and wide receiver Sterling Shepard all on the field together.

Tate leads all Giants receivers with 36 catches since Jones took over as the starter in Week 3. He's also second to Slayton with 450 yards and four touchdowns.

Engram hasn't played since hurting his foot late in a loss to the Dallas Cowboys. He recently described it as a 2-4 week injury. This Sunday will mark four weeks since he was hurt, which includes a Week 11 bye.

"It's a little tricky injury. Just trying to build on it day by day," said Engram, who told ESPN there has not been a setback and he's optimistic about playing sooner rather than later this season.