ESPN
LONDON -- Andy Murray's reign as Wimbledon champion ended Wednesday with a straight-sets loss in the quarterfinals to Bulgaria's Grigor Dimitrov, making his breakthrough after years of being touted as the game's next top player.

Two other former champions, Roger Federer and Novak Djokovic, came from behind to win in four sets and move into the semifinals once again at the All England Club.

Dimitrov completely outplayed Murray on Centre Court, winning 6-1, 7-6 (4), 6-2 to reach the semifinals of a Grand Slam tournament for the first time.

"My start to the match was poor," Murray said. "I started the match badly, and I think that gave him confidence."

The 11th-seeded Dimitrov broke Murray five times, including in the final game, to become the first Bulgarian man to advance to the final four of a major. It was his first victory over a top 10 player at a Grand Slam.

"He was the better player from start to finish," Murray said of Dimitrov.

Dimitrov will next face the top-seeded Djokovic, who came from two-sets-to-one down to beat 26th-seeded Marin Cilic of Croatia 6-1, 3-6, 6-7 (4), 6-2, 6-2 and reach the Wimbledon semifinals for the fifth consecutive year.

Murray last year became the first British man to win Wimbledon in 77 years. He came into the quarterfinals riding a 17-match winning streak at the All England Club, had not dropped a set this tournament and was bidding to become the first British player to retain the title since 1936.

With Prince William and his wife Kate watching from the Royal Box, Murray fell flat while Dimitrov lived up to his promise on the biggest stage in the game.

"To win any tournament back-to-back, let alone back-to-back on a surface like this, which sometimes rests on a few points in a set, it's not always going to go your way," Murray said. "Grass is a tough surface to do it on, but I didn't feel like that had any bearing on my outcome."

Dimitrov's win marked a huge step forward for a player nicknamed "Baby Fed" because of a style of play -- especially the one-handed backhand -- resembling that of Federer. The 23-year-old Dimitrov is also well known for being the boyfriend of Maria Sharapova.

He took the initiative right from the start against Murray and never looked back.

"As soon as we started warming up I sensed that his game was not at the highest level but at the same time I was feeling pretty confident," Dimitrov said. "The first set really helped me get into a good rhythm and then I was just holding my ground throughout the whole match."

"Today was a bad day," Murray said. "I made many mistakes. I think I had one backhand winner the entire match which isn't normally what I do, especially on this surface. So it was a tough day all around.

"You can have bad days as an athlete. You don't win all of the time. Sometimes you just have to take it on the chin and move on."

After Dimitrov went up a set and a break, Murray made a run in the second set, breaking to make it 4-4. But, at 4-4 in the tiebreaker, Dimitrov took charge by winning the next three points on a cross-court backhand pass, a backhand drop volley and a backhand volley.

"The second-set tiebreak was a key moment for me," Dimitrov said. "And coming into that third set I knew I had a lot of things under control."

Djokovic, the 2011 champion and 2013 runner-up, extended his perfect record against Cilic to 10-0. He has reached at least the semifinals at 16 of his past 17 Grand Slams.

Djokovic is 3-1 in matches against Dimitrov, who won the Wimbledon warm-up tournament at Queen's Club.

"He hasn't lost a match on grass courts this year," Djokovic said of Dimitrov. "He's the player to beat."

Federer, who lost in the second round here last year, is through to the semis for the ninth time at Wimbledon. He's gone on to win the title in all those years except for 2008, when he lost to Nadal in the final.

"I'm just really pleased that I'm back strong this year at Wimbledon," Federer said. "Last year was such a disappointment ... I was very deflated leaving Wimbledon on that note. It's good to be back in the semis and having a chance to go a step or two further."

It's the ninth year in a row that at least two of the so-called "Big Four" in men's tennis -- Federer, Djokovic, Nadal and Murray -- have made it to the Wimbledon semifinals.

Raonic, who became the first Canadian man to reach the semifinals at Wimbledon since Robert Powell in 1908, finished the contest with his 39th ace on his fourth match point.

Kyrgios, the 144th-ranked player, had upset Rafael Nadal in the fourth round on Tuesday. 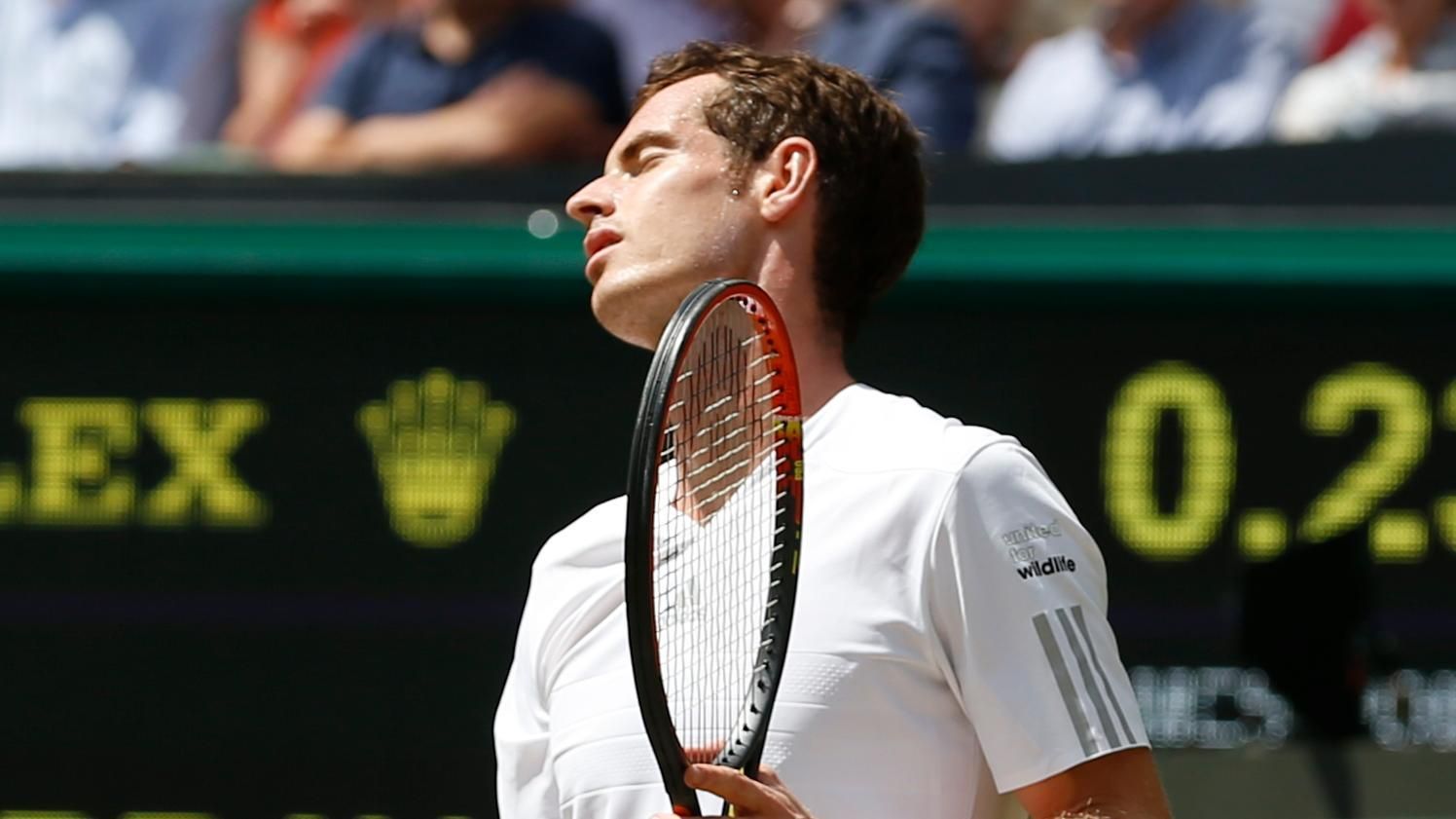 Djokovic Rallies, Wins In Five Sets
Down two sets to one, Novak Djokovic rallied to beat Marin Cilic in five sets to advance to the semifinals at Wimbledon.

Five Things We Learned: Day 9
Greg Garber and Prim Siripipat discuss the five things they learned from the ninth day of Wimbledon.

Evert Wants To Welcome Fed Into 18-Slam Club
Darren Cahill and Chris Evert break down Roger Federer's performance thus far in the Wimbledon fortnight and predict how far he will go.

Raonic Takes Another Step Forward
Milos Raonic discusses his quarterfinal win over Nick Kyrgios and his upcoming match against Roger Federer at Wimbledon.

Dimitrov Didn't Surprise Himself
Chris Fowler and John McEnroe explain what Grigor Dimitrov did right to beat Andy Murray in the quarterfinals and the respect Dimitrov holds for Murray.