Have we seen the last of A-Rod? Survey says ... maybe not

ESPN
By Jayson Stark
"You say goodbye, and I say hello."

Will Friday be the last time we ever see Alex Rodriguez on a baseball field? Uh, don't bet your copy of the Biogenesis client list on it.

I spent the last few days polling 24 executives from all across baseball. Here's how they voted:

He'll be in some team's camp next spring: 2

Of all the surveys I've ever conducted, in my never-ending quest to get hired some day by the people who call you at home in the middle of dinner every night, this might have been the most fun. Here's what I've learned:

In a shocking development, people feel strongly about this guy! Both ways!

On the one hand, there were the "never-to-be-seen-again" voters. The best word to describe them would be "vociferous."

"The second you bring him in," another voter said, "it means that every day someone's asking the manager: 'Is A-Rod going to pinch-hit tonight?' It's a huge distraction."

"He's not a good player," another said.

OK, OK. We catch your drift. But then we had our "hell-yes-he'll-be-back" voters. What they saw in that press conference Sunday was a man who was lying through his front molars when he said he was "at peace" with the Yankees' carefully crafted exit plan.

"He's four home runs away from a club three players in history have joined," said one exec, in reference to the Bonds/Aaron/Ruth 700-Homer Club. "You really think he's just going to go home?"

"Somebody will bring him in to get 700," another said.

And then you had your "he'll-at-least-show-up-in-spring-training" voters, like the exec who quipped: "Anyone, including Garth Brooks and Will Ferrell, can play in a spring training game."

But if there was one overriding sentiment emanating from the "we-haven't-seen-the-last-of-him" crowd, it was summed up by this exec:

"The Miami Marlins will take him," he said. "One hundred percent chance."

The Miami Marlins will take him? For everyone who has noticed this is a popular theory on talk radio and social media platforms from coast to coast, you'll be delighted to learn it's just as popular a theory in baseball front offices.

Of the nine voters who don't think this is the end, five of them predicted Rodriguez would be a Marlin by next spring at the latest. And even a couple of the "that's-a-wrap" voters said that if A-Rod winds up anywhere, it would be Miami.

So why Miami? That's like asking Jerry Seinfeld: "Why the Mets?" Because some things are just meant to be, right?

Marlins owner Jeffrey Loria once owned a piece of the Yankees and has had a longtime affection for displaced Yankees icons.

Speaking of which, Loria's manager, Don Mattingly, happens to be -- guess what? -- a displaced Yankees icon. Who knows A-Rod well, by the way.

This was the team that brought in Barry Bonds as hitting coach. So you really think these guys would be afraid of the A-Rod circus? Yeah, sure.

If there's any other place in North America that's not known as "New York," where people might actually buy tickets and cheer A-Rod, it's Miami. Where he lives. Where he fits right in on the streets of South Beach. Where the University of Miami's baseball stadium bears his name. And where, of course, displaced Yankees fans go to work on their tanning skills.

There's also one more reason that maybe isn't so obvious. A-Rod's friends say he wants to buy a team. There's speculation that Loria will look to sell his team in the next few years. So you connect the dots.

But now that we've lined up all the reasons this clearly has to happen, it's time to look at the other side. Which can be summed up with this question: Have you watched this guy play lately?

So if you're a National League team thinking he'd be a threat to come off the bench late in a game and hit a long ball, this would seem to be excellent evidence that he's getting totally overmatched by exactly the sort of pitchers he would face late in a game.

"He's got to cheat so bad to hit a fastball, it's scary," one scout said. "And if you don't know that, you're not paying attention. If you just execute a pitch, he's out."

My good friend Buster Olney theorized the other day that if the Marlins signed A-Rod, he could spend the winter gearing up to be a part-time first baseman against left-handed pitching. Which makes sense -- except that this fellow has started exactly two games in the field since 2013. And when the Yankees gave him a chance to try his hand at first base last year, that experiment was over within two weeks, by mutual decision.

"I saw him over there in spring training, and he was really bad," said the same scout. "And I was at the one regular-season game (April 11, 2015) he started at first. They could have charged him with three errors. That's how bad it went. I still remember his comment: 'This is a lot harder than I thought it was going to be.'"

So is there any evidence at all that A-Rod can play first base, even part-time? At age 41? If there is, it's based on nostalgia, not on actual real-life facts.

Finally, there's one last indication that the most likely outcome here is, to quote the New York Daily News' brilliant back-page headline, "A-Dios." Other teams say the Yankees called around aggressively a couple of weeks back, trying to convince every club in baseball to take A-Rod off their hands. They were willing to pay all the money except the prorated minimum. They wanted virtually nothing back.

So who does that leave -- the Nippon-Ham Fighters? One AL exec walked us through every team in the American League and laid out all the reasons A-Rod didn't fit with any of them. Then he turned to the jury (namely, yours truly) and rested his case.

Yeah, but amazingly, 46 percent of the voters in our little pool do see it -- as a spring training sideshow if nothing else. So have we witnessed the last of A-Rod? Maybe not. 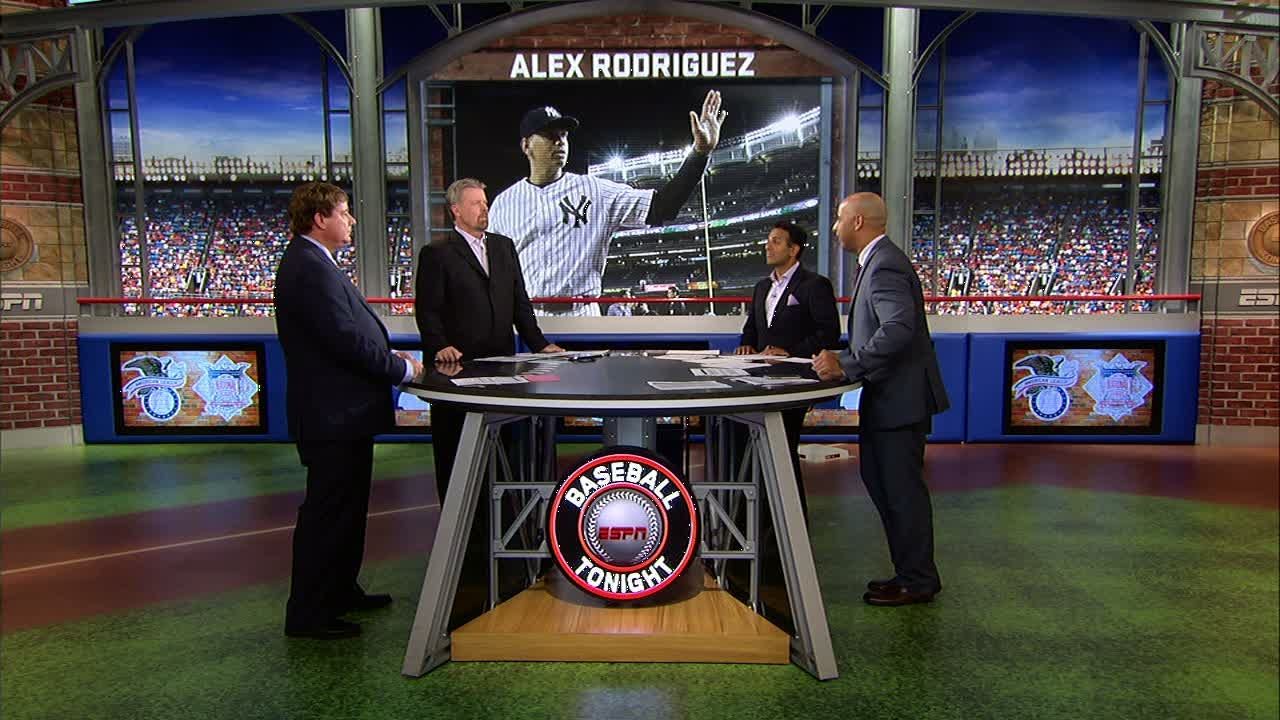