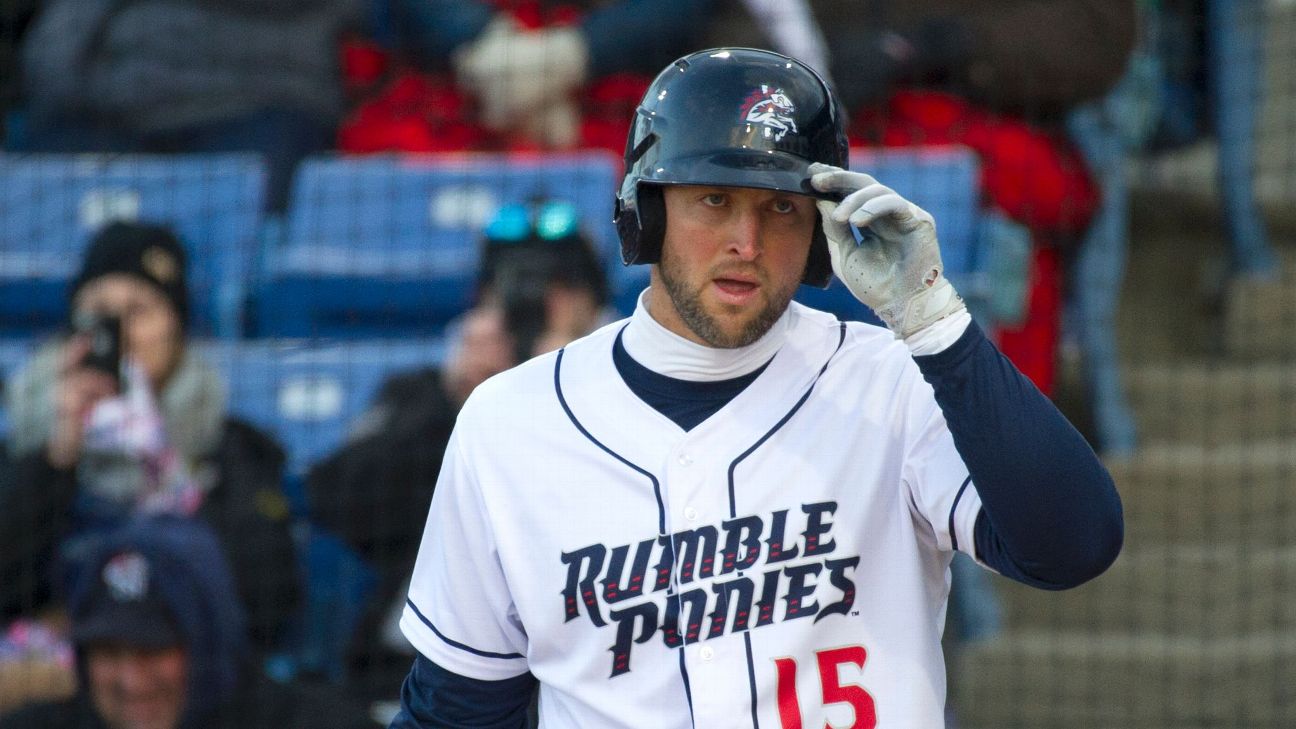 "He's made some big strides, and once again, you have to heap praise on his work ethic," Binghamton manager Luis Rojas told the Binghamton Press & Sun-Bulletin. "He's put some work in to get [to] the point where he is."

So how do his marks stack up against the rest of the Eastern League All-Stars? On average, they're hitting .288 with nine home runs, according to ESPN Stats & Information.

Tebow, who works for ESPN's SEC Network, was an all-state baseball player at Nease High School in Florida.

In 2016, he decided he would pursue a career in professional baseball four years after he last played in the NFL.