How much will the Yankees miss Luis Severino? Not as much as you think 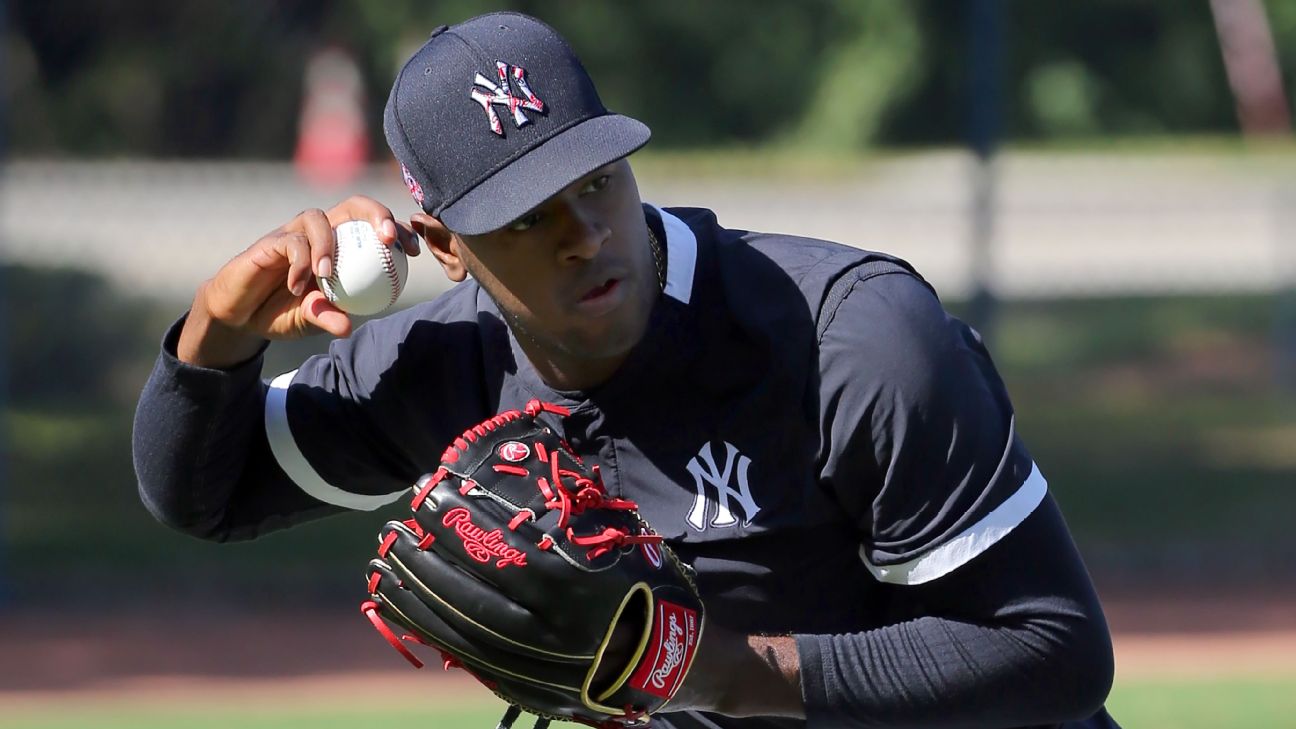 The New York Yankees won the MLB offseason when they gave Gerrit Cole the toll rights to the Henry Hudson and brought him to the Bronx, instantly transforming a good rotation into a great one. But that analysis factoredLuis Severino into the mix, and that changed with Tuesday's news that Severino will need Tommy John surgery on his right elbow.

The projections at FanGraphs ranked the Yankees with the best rotation in the majors, just ahead of the Nationals, Mets and Rays. Much of that is due to Cole's 6.8 projected WAR, best of any starter, but you also need quality depth to rank No. 1. Here's how that preseason forecast looks:

Those projections are currently in a big state of flux, as the spate of injuries that struck down so many Yankees in 2019 already has hit Paxton and now Severino. Just before spring training, the Yankees announced that Paxton had surgery earlier in February to repair a disk in his lower back, with an estimated rehab time of three to four months. And after a battery of tests this week, we now have an update on Severino that he'll miss the season after forearm soreness surfaced while he was throwing last week.

This was always going to be the concern about this rotation. Paxton has never qualified for an ERA title, throwing a career-high 160 innings with the Mariners in 2018. He made 29 starts last season for the Yankees, throwing 150 innings, while missing nearly four weeks in May with a sore knee. Severino missed almost all of 2019, making just five late-season starts, including two in the postseason, after a shoulder issue and then a lat strain. Don't forget that Tanaka has pitched since 2014 with a partially torn UCL. While Tanaka has averaged 29 starts the past five seasons, you never know when that ligament might blow out.

To complicate matters, German, who went 18-4 with a 4.03 ERA last year, is serving the rest of an 81-game suspension for domestic violence and won't be eligible to return until the team's 64th game, currently scheduled for June 5.

That means the Yankees might have to turn to that "others" list much earlier in the season than they would have liked. The good news is that list includes Jordan Montgomery, who is healthy after Tommy John surgery and looking to rediscover his rookie form of 2017, when he went 9-7 with a 3.88 ERA. The Yankees' other options include:

Injury-prone Jonathan Loaisiga, who has struck out 70 in 56 innings in his big league career but has never thrown more than 80 innings in a professional season.

Michael King, who missed much of 2019 with a stress fracture in his back but had a 1.79 ERA in the minors in 2018. He doesn't throw hard but has carved up minor league hitters with an assortment of two-seamers, four-seamers and cut fastballs, plus a slider and changeup.

Luis Cessa, the team's long reliever a year ago who has made 19 major league starts.

Prospect Clarke Schmidt could be a consideration later in the season as well.

In other words, that's a lot more depth and better options than most teams have going this far down the depth chart. And most teams don't have a 300-strikeout pitcher headlining the group. Still, should the Yankees be worried about the rotation? Not yet, at least, especially if Paxton can return sometime in May.

No team makes it through an entire season with just five starters anyway. The Cardinals had the healthiest rotation in 2019, using just seven starters, with their top five guys making 152 starts. The Mets, Reds and Cubs each used nine starters -- and it's worth noting all three of those teams missed the playoffs. There is no such thing as a five-man rotation anymore.

The Yankees won 103 games last year with a 4.51 rotation ERA -- not pretty, but good enough to rank sixth in the American League. That was without Cole, however, and with Severino making just three abbreviated starts. Given that some missed time for Paxton and Severino was already built into the above projections, the Yankees can survive for a time without them.

But let's consider a more damaging scenario and cut 50 more innings from the projected total for Paxton on top of all of Severino's innings, and give them to the "others" (officially, a mix of Montgomery, Loaisiga, Garcia and King). Paxton projects to 1.9 WAR over almost 80 innings. The "others" now project to 3.8 WAR in almost 270 innings. So we're talking about two wins. Indeed, the updated FanGraphs projections minus Severino still have the Yankees with the fourth-best rotation, now trailing the Nationals, Mets and Rays. Maybe that group isn't that good. But even if they're just replacement level, it's an estimated loss of three or four wins over 200 innings. Of course, that number starts getting bigger the more time Paxton misses on top of the loss of Severino for the season, and the worse their replacements might pitch.

As always, the impact of one or two players is often grossly overstated. The Yankees have the depth to overcome some injuries. They're still the heavy favorites in the AL East. Just stay healthy, Gerrit. 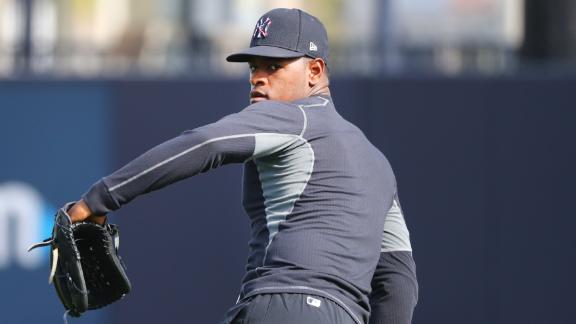 What does Severino's surgery mean for the Yankees?
Tim Kurkjian reacts to the news that Yankees pitcher Luis Severino will undergo Tommy John surgery. 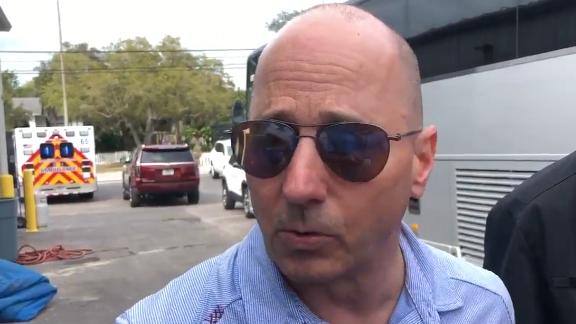