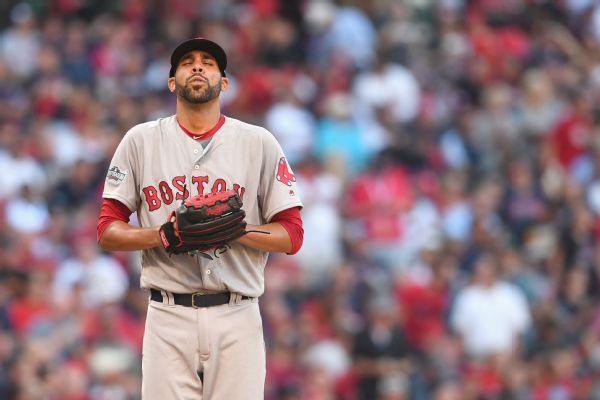 CLEVELAND -- David Price didn't change the narrative Friday, but oh man, did he ever add to it?

Not only did the Boston Red Sox's $217 million man get knocked out of Game 2 of the Red Sox-Indians American League Division Series after only 3 1/3 innings -- his shortest start since June 24 -- but he corrected a reporter who stated in a question that Price is still winless in his career in the postseason.

"I've got two wins in the playoffs," Price said, "just not as a starter."

After the Red Sox lost 6-0 on Friday to the Cleveland Indians,moving to the brink of elimination in the best-of-five series, it wasn't exactly the time for Price to recite his postseason resume, especially after he fell to 0-8 with a 5.74 ERA in nine career playoff starts.

In his latest October flop, Price was victimized by a combination of rotten luck in the form of three consecutive soft singles and a fastball that was rocketed over the right-field wall in the Indians' four-run second inning.

"Made some pitches, didn't have good things happen. That's part of it," Price said. "[The Indians] guys are playing well right now. Our confidence isn't altered. This is a very confident group, even though we're down 0-2 right now. This team has been there before. We're all right."

Even if that's true, it's worth wondering about Price's state of mind.

Eleven months ago, Price's welcome-to-Boston press conference at Fenway Park began with a question about "the little issue of your postseason record." And in a telling comment before Price's first postseason start for the Red Sox, manager John Farrell said the ace lefty is "well-aware of the talk that surrounds him and his meaning and status with our club."

There were times this season when the pressure of being the highest-paid pitcher in baseball history seemed to weigh on Price. After he didn't pitch well Sept. 27 in New York when the Red Sox had a chance to clinch the AL East, he received a brief pep talk from Farrell that was designed to make sure he was in the proper frame of mind heading into the playoffs.

"There were some things that were briefly discussed, just acknowledging what he's dealt with this year, who he is as a person, and that he's one of us and we're fully supportive of him," Farrell said. "As far as suggesting or giving some thought that he's got to do things differently, no. He's got to go out and pitch his game."

Like co-ace Rick Porcello in Game 1, Price cruised through the first inning, retiring three straight batters on eight pitches. But he gave up back-to-back-to-back one-out singles in the second inning, including an infield chopper by Jose Ramirez and Brandon Guyer's RBI bloop to shallow center field.

Still, Price had a chance to get out of the second inning allowing just the one run. But he served up a three-run screamer to Lonnie Chisenhall, who hadn't homered against a left-handed pitcher all season.

With the Indians leading 4-0, Price got into trouble in the fourth inning against the bottom of the Indians' order again. He gave up an infield hit to Guyer, and after Chisenhall popped out, he walked No. 9 hitterRoberto Perez for a second time in as many plate appearances, leading to manager John Farrell lifting Price after only 65 pitches.

"I didn't make that one big pitch," Price said. "The pitch that Chisenhall hit out, that's a good pitch. He put a good swing on it. That's part of it. I've got to be able to move forward. I feel like I've done that. I'll be ready."

And that includes coming out of the bullpen, Price said, if the Red Sox need him in an elimination game.

Postseason struggles have become all too familiar to Price
Postseason failures have become routine for David Price, who lost his eighth-straight postseason decision in Game 2 of the American League Division Series against the Indians. 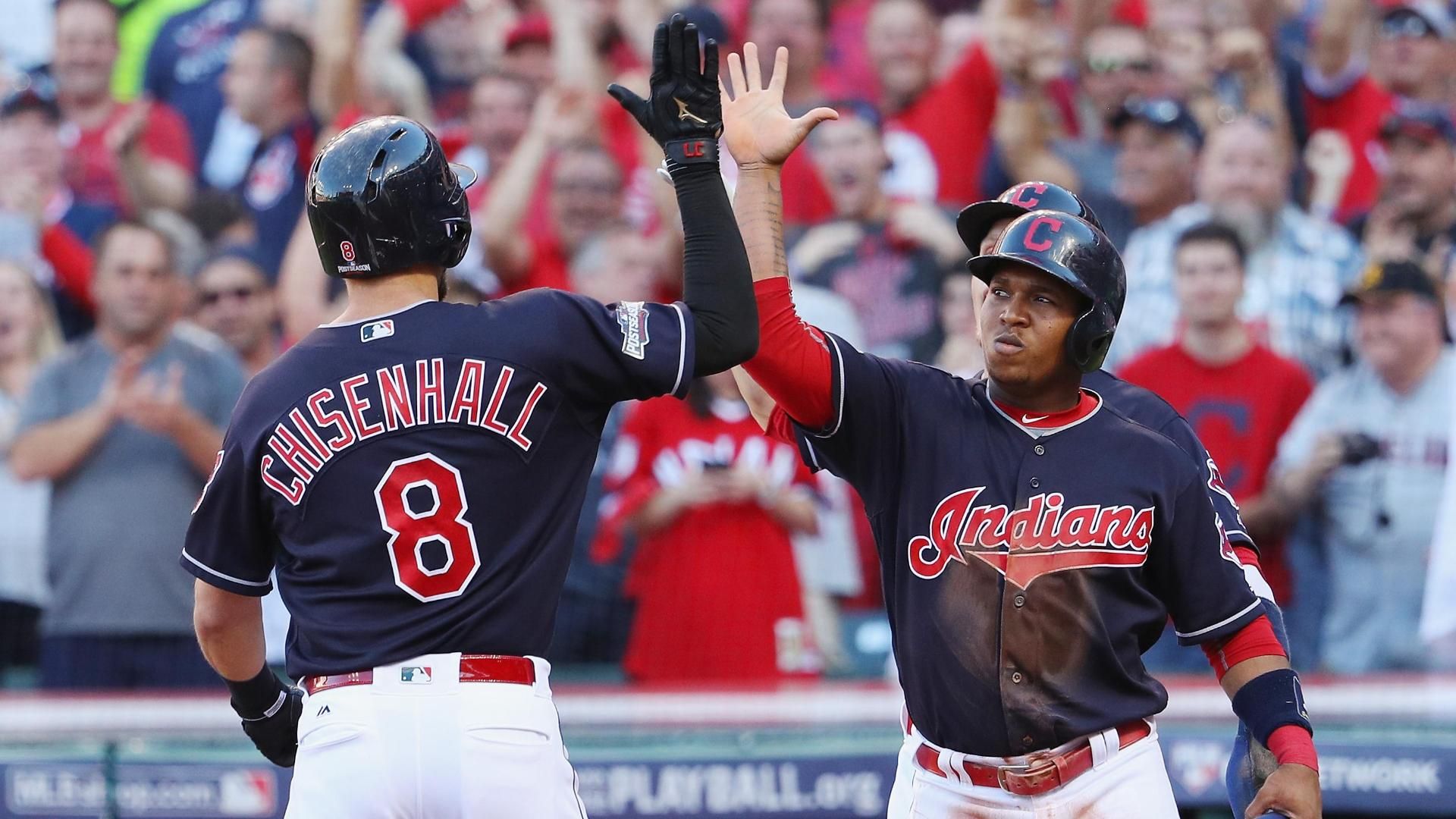